‘He was among the 20th century’s most influential economic thinkers’

A tumultuous era led to the authorship of The Great Transformation in 1944. It’s a seminal book on political economy that continues to exert an influence to this day. 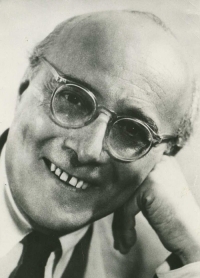 The author was Vienna, Austria-born thinker Karl Polanyi (1886–1964). A donation to Concordia Library of 100,000 pages of rare archival items will help students, scholars and researchers better understand both the man and the field in which he operated.

“Some of this material is hand-written by Karl Polanyi himself. It’s original and priceless,” says Graham Carr, Concordia’s provost and vice-president of Academic Affairs. “This is a treasure trove that our university is very grateful to receive. We are committed to preserving his legacy through custodianship of this gift.”

Polanyi’s daughter, Kari Polanyi Levitt, donated the items. They’re housed at Concordia’s Karl Polanyi Institute of Political Economy, which was established in 1988. The institute is located on the corner of Dr. Penfield Ave. and Côte-des-Neiges Rd.

“Karl Polanyi was among the 20th century’s most influential economic thinkers,” says André Roy, dean of the Faculty of Arts and Science — where the institute is based. “This generous donation helps those studying his works build a more complete intellectual picture.” 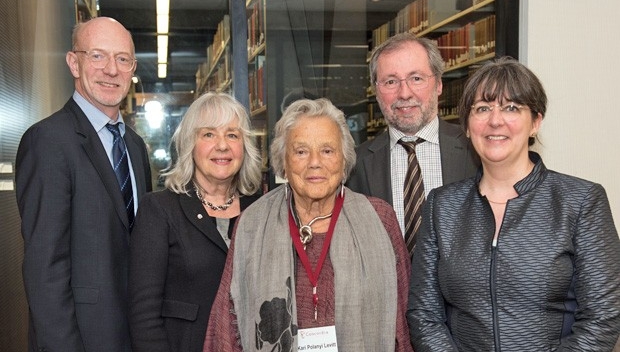 At the gift announcement of the Karl Polanyi archival materials to Concordia Library on March 29, 2017, were Graham Carr, provost and vice-president of Academic Affairs; Marguerite Mendell, professor in the School of Community and Public Affairs; Kari Polanyi Levitt; André Roy, dean of the Faculty of Arts and Science; and Guylaine Beaudry, university librarian. | Photo: Concordia University

With Concordia’s open access approach to information, those making use of this donation will go far beyond the university’s campus.

“Much of the archive has been digitized and is available online,” says Guylaine Beaudry, university librarian. “That kind of accessibility is one of our hallmarks as a next-generation university.”