A barefoot journey across the globe

Running across the globe is already a significant accomplishment achieved by only a handful of tenacious individuals. However, Joseph Michael Kai-Tsu Liu, BEng (industrial eng.) 13, upped the ante by deciding to be the first person to attempt this extraordinary feat — in his bare feet.

The idea of running shoe- and sockless from Montreal to Ushuaia, Tierra del Fuego, the southern-most tip of Argentina — often referred to as “the End of the World” — came to him after graduating from Concordia. 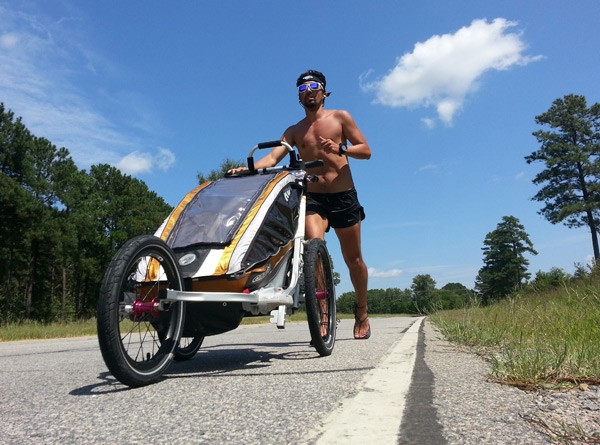 He had just heard about another man completing the same journey, albeit fully shod, and decided to undertake the challenge himself. “I wanted to do something different, but was also already a barefoot runner,” Kai-Tsu says.

However, it wasn’t until very recently that he discovered exactly why he decided to undertake such an extravagant challenge. He realized that “this is my journey and that’s what life is all about — it’s about a journey.”

At first he just wanted to find a team sport he could join that was cheap. When Kai-Tsu started running with the cross-country team, he felt immediately at ease in the environment.

He now believes his time with the Concordia runners was a big part of the physical training he had to undergo in preparation for his trans-American journey. “I was running competitively for cross-country, so I guess Concordia’s cross-country team made me the runner I am today,” Kai-Tsu says.

He spent two years training for his historical run, getting both physically and mentally ready. Kai-Tsu’s physical regimen consisted of running every day, gradually increasing his daily and weekly mileage until he was at a point where he could run 25 kilometres twice a day.

As for the mental preparation, “There’s really no training for that,” he admits. “It’s something that I’ve never done. You just have to set your mind to a state where you’re ready for whatever comes.”

Journey of a lifetime

Kai-Tsu has now completed the first stage of his journey — running from Montreal to Tuxtla Gutierrez, Mexico. It took him nearly 18 months to cover the 4,654 kilometres.

Running with a baby carriage full of his supplies in tow — Kai-Tsu started running with a backpack but quickly realized the extra weight was too much strain — he has experienced more than what most people ever experience in a lifetime. 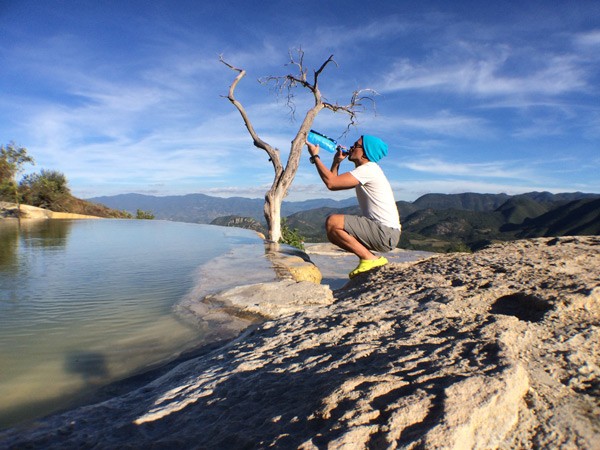 By approaching his journey on foot, Kai-Tsu was able to experience the nature and culture of the places he passed through, much more than if he had been in any vehicle. He was also sponsored by the Mexican tourist industry to travel to some of the most beautiful locales throughout his trek in Mexico.

Although he knew in which city he would arrive at the end of each day, he never truly knew where he would end up. Where would he sleep?

For the most part Kai-Tsu found that answer in the hospitality of natives. Sometimes he would be invited to stay with a friend of a friend or someone who was following his adventure on social media. However, many times he had to find respite in a stranger’s home.

“I’d have to knock on their doors and just explain to them what I was doing,” he describes. “Sometimes they wouldn’t believe me and they would look me up while I was waiting outside at the door. Once they confirmed that I was legit, they’d come back and help me out.”

Kai-Tsu is now busy preparing for new challenges he will have to face during the next phase of the run. He was recently in Whistler, B.C., training to run in the mountains, over snow, since he will have to cross the Andes to make it to Argentina. He doesn’t know exactly how long that will take, yet he is ready for his next adventure.

“That’s how it is, you go with the flow,” Kai-Tsu says. “You do whatever you need to complete it. Like I said, it’s not about running, it’s about the journey.”