Why investigative reporting is more important than ever

CBC stalwart Mark Kelley to deliver "Secrets, sources and scoops: Getting the story in the new age of investigative journalism" at the Reader’s Digest Annual Lecture Series in Journalism
|
By Lucas Wisenthal 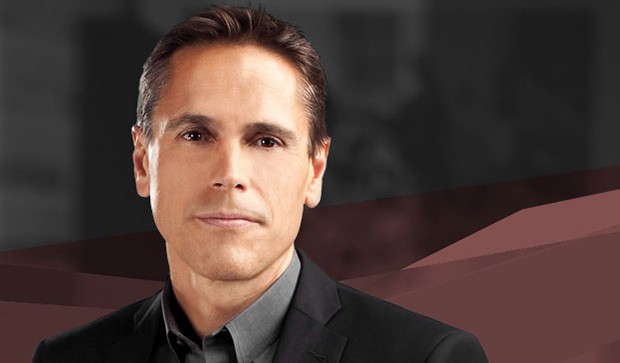 The fifth estate reporter Mark Kelley: “I still think what journalism comes down to at the end of the day is relationships.”

Mark Kelley, BA 85, is deeply aware of the state of journalism.

In recent years, the CBC stalwart — a graduate of Concordia’s Department of Journalism — has witnessed the profound shifts brought on by new methods of delivery (see: the internet) and an economic model that is still in flux.

But as one of the journalists on the fifth estate, the television news magazine he joined in 2012, Kelley sees first-hand the continued demand for long-form content. And that’s something he knows how to produce.

Over the course of his career — which began during his student days with a gig at Montreal’s CHOM-FM radio station — the five-time Gemini Award winner has committed himself to telling the stories behind the headlines, covering everything from the Arab Spring to the controversy surrounding body checking in minor league hockey.

This Friday, April 4, Kelley will return to his alma mater to deliver “Secrets, sources and scoops: Getting the story in the new age of investigative journalism” at the Reader’s Digest Annual Lecture Series in Journalism. The talk, which is open to the public, promises a look at the challenges and opportunities that come with being an investigative reporter in a time of tweets and the neverending news cycle.

The Department of Journalism looks forward to welcoming Kelley back.

“We’re delighted that he’s giving this year’s lecture,” says Brian Gabrial, an associate professor and chair of the department. “We’re certain Mark’s talk about the current state of investigative journalism will be of great interest to fellow journalists and the general public.”

We spoke to Kelley about all things journalism in advance of Friday’s lecture.

In an era of social media and 24-hour news, how relevant is a feature-heavy news magazine like the fifth estate?

Mark Kelley: I would argue, more relevant than ever. Cable news, Twitter, headline news — they’re very good at keeping people abreast of the very surface of what’s going on in the world. What it does, though, is give people the appetite for more. Our own numbers show that people — especially young people, who are interested in the headlines, the cable news and the tweets — want more depth. They want more context. They want to find out why things are happening, not just what is happening. And that’s where our program is relevant — because it’s being able to explain why things are happening in the world, not simply, “This just happened.”

Given the volume and immediacy of the information available, do you think there’s an appetite for different sorts of stories than there was in the past?

MK: I don’t think so. I think we are innately and inherently driven by a desire to know the truth. We have a natural skepticism, and our trust is constantly being tested. And it’s up to journalists out there to find the truth — to tell people the real story. And more than ever, now, there’s probably increased skepticism, if you look at how we view our politicians and our corporations. So I think, because of that, the themes you would have seen 10 to 15 years ago are still the same — essentially speaking truth to power. And I hate to use that as perhaps an old cliché, but I still think that’s what people want journalists to do.

Your talk is about sources and scoops in the new age of investigative journalism. What do you want to speak to people about?

Is there really such thing as a scoop in the same sense there was 10 or 15 years ago?

MK: Absolutely. But is it harder to get a scoop now than it was 10 or 15 years ago? Absolutely. The internet gives us more access to information than we’ve ever had before, but because of that, the people in powerful positions — corporations, governments — are now going out of their way to block our access to information. So there’s a bit of a push-and-pull that’s going on right now. We’re able through social media to go places we couldn’t, to find information we couldn’t find as easily before. But more and more firewalls than ever before are going up to keep us away, and that, I would argue, is very dangerous for a democracy.

The internet gives everyone — journalists and non-journalists — access to the same people and materials. Has that made sourcing stories more difficult, more competitive?

MK: Despite everthing — despite the fact that we have a treasure trove of information at our fingertips — I still think what journalism comes down to at the end of the day is relationships, and some of the best sources are the sources that you make face to face, rather than what you find online. And that’s still a critical, critical ingredient of journalism — there is a lot you can do sitting in front of your desktop but, ultimately, the scoops are going to come from being person to person.

Mark Kelley will speak at the Reader’s Digest Annual Lecture Series in Journalism on Friday, April 4. His talk, “Secrets, sources and scoops: Getting the story in the new age of investigative journalism,” takes place from 7:30 to 8:30 p.m. in the York Amphitheatre (Room EV-1.605) in the Engineering, Computer Science and Visual Arts Integrated Complex (EV Building, 1515 Ste-Catherine St. W.) on the Sir George Williams Campus. It is open to the public.

Find out more about this year’s Reader’s Digest Annual Lecture Series in Journalism.