And we're off! Concordia's 2017 Centraide campaign is under way

From pasta lunches to a talent show, there are dozens of ways to support the campus-wide initiative
|
By J. Latimer 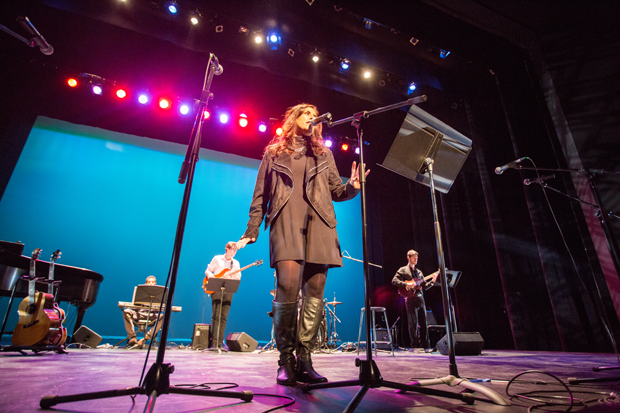 UPDATE – October 24, 2017: The 2017 fundraising concert has been cancelled. Please consider donating directly to the Concordia Centraide campaign online. The pasta lunches and other fundraising events will continue as planned.

Got some Jazz in you? Once again staff member and alumna Fabiola Cacciatore (BFA 07) is lending her talents as the musical director of Concordia’s Got Jazz, an annual campus fundraising concert for the United Way/Centraide.

“It’s really gratifying to share my skills and raise money for an organization that does so much good,” says the recording artist and executive assistant in the university’s Financial Services.

Cacciatore was one of 40 volunteers who helped Concordia raise $187,000 last year. October 17 marks the start of Concordia’s United Way/Centraide 2017 campaign.

Only one year old at the time, Concordia was a part of it. And more than four decades later, the Concordia United Way/Centraide Campaign is still thriving.

For a second year, the university is including students in its fundraising efforts, so it’s a full community campaign. 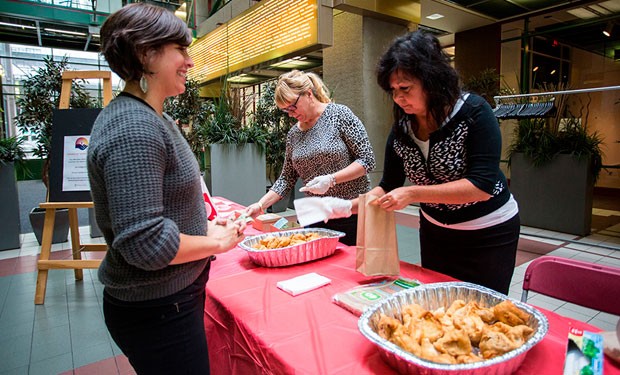 Back by popular demand, there will be a $15 pasta lunch on Thursday, November 9, from 11:30 a.m. to 2 p.m. in the atrium of the Engineering, Computer Science and Visual Arts Integrated Complex (EV) on the Sir George Williams Campus.

The pasta lunch on the Loyola Campus will be on Thursday, November 30, from 11:30 a.m. to 2 p.m. in the Loyola Jesuit Hall and Conference Centre (RF Building).

The third annual Concordia’s Got Jazz fundraising concert will be on Wednesday, November 22, from 12 to 1 p.m. in the Black Box, located in EV.

Other favourite returning events include the 50/50 draw — last year’s winner took home $1,200 in cash. Meanwhile, raffle winners will receive a gift card for Best Buy ($500 or $700) or a nespresso machine.

The closing event, raffle and draw will be held on Tuesday, December 5, in the EV atrium. Check the Concordia United Way/Centraide campaign web page for further details or to make a secure donation online or by paper pledge form.