The double wonder of worms 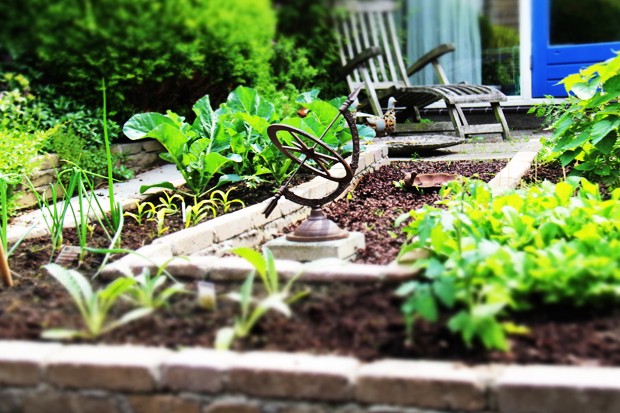 In North America, a whopping 30 to 40 per cent of our residential waste is organic — biodegradable garbage that could be composted but is often sent to landfills.

With governments like Quebec’s looking to ban organic waste from landfills by 2020, we need to act fast to reduce the amount of food scraps we’re throwing out.

A study recently published in Waste Management by researchers from Concordia’s Faculty of Arts and Science shows that one method of composting could yield high quality compost and high value by-products. The catch? There are worms involved.

The study’s lead author, Louise Hénault-Ethier, carried out her research while pursuing a master’s from what is now Concordia’s Individualized program. She experimented with different methods of vermicomposting to see whether they could sufficiently inactivate certain bacteria for safe public use of the compost.

“Centralized composting, which is one of the fastest growing industrial composting methods, has strict governmental guidelines, requiring thermal sanitation to prevent the survival of harmful bacteria,” she says.

The guidelines require that the compost reaches and maintains a heat of 55 degrees Celsius over a period of three days in a self-heating process driven by decomposer microorganisms found in the compost.

“But in our case, worms graze on the decomposer community, preventing the onset of high temperatures. We wanted to see if vermicomposting, which proceeds at room temperature could still get rid of harmful bacteria.”

Hénault-Ethier worked with Concordia chemistry professor Yves Gélinas and biology professor Vincent Martin to examine the impact of vermicomposting on E. coli, a bacteria often found in fecal matter that can easily make its way into organic waste set to be composted.

They devised three experiments to monitor the presence of E. coli, testing whether the size of the batch of compost, the amount of naturally occurring compost microbes and the rate at which the compost was fed would affect the survival of the pathogen.

Time and again, the worms worked their magic and eventually produced compost that respected the regulatory bacterial count limits. When the normal compost microbes or worms were present, E. coli declined more rapidly. Without worms or with sterile compost, it took a little more time to get there.

"We found that the compost batches take on average 18 to 21 days to decrease the E. coli to levels well below the legal limit,” explains Gélinas, who worked closely with Hénault-Ethier to examine how the chemicals, such as Carbon, Nitrogen or sugars, present in the compost materials would affect the bacteria’s survival.

“While that's slower than traditional composting methods, it’s not a prohibitive amount of time."

For Hénault-Ethier, who was recently named head of scientific projects for the David Suzuki Foundation, it’s the added benefits of vermicomposting that are most important, beyond the results of the E. coli survival experiments.

"The compost it produces may lead to higher plant yields when used as a fertilizer, and — even more surprising — the red wigglers themselves could then be reused as feed for other animals on the food chain,” she says.

This is what's called “upcycling” — generating something more valuable than the initial waste product.

Although the idea of using invertebrates as animal feed may seem a little strange, it’s actually a proven method for potentially replacing the resource-intensive soybeans or fish meal traditionally used.

"This study suggests that upcycling technologies like vermicomposting can be more widely developed for commercial use,” says Hénault-Ethier. As a past environmental coordinator for Concordia, she spearheaded a large-scale worm-farming project in which 15 tons of the university’s waste were composted per year.

“Though traditional compost can rapidly kill potential pathogens through heat, industrial composting may actually take longer to reach maturity than vermicomposting. Why not wait a little longer to see pathogen declines in vermicomposting and then create a product that provides nutrient-rich feed to both plants and animals? It's a win-win situation."

The results show that vermicomposting is a promising method in the sanitation of organic waste, which would allow for producing proteins for animal feed.

That said, while the E. coli inactivation observed in the current study is promising, Hénault-Ethier cautions that further research on a more diverse array of pathogens is still required.

Partners in research: This study was funded in part by the Natural Sciences and Engineering Research Council of Canada (NSERC) and the Fonds de recherche du Québec – Nature et technologies.

Read the cited study and check out the related video. Learn more about Concordia’s Individualized Program.