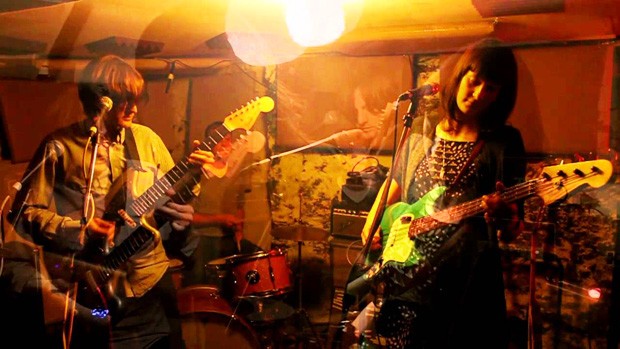 This week, we're running a three-part "mini" series to cover as many as we can. This is Part I of our POP Montreal extravaganza; read Part II here.

At POP Montreal on Thursday, September 22 at 9 p.m. | Studio Rialto

The band is currently working on a new record to be released next spring. Like all of Freelove Fenner’s records, this one will be recorded and produced by the band members themselves.

“I guess one accomplishment related to this record is learning to play songs in less-popular time signatures,” says Loney. “If you come to our show, you will hear some!”

Loney and Woodford are also the creative force behind The Bottle Garden, a Montreal analog recording studio that has produced albums for renowned acts such as Jef Elise Barbara, Brave Radar and Cheap Wig. The Bottle Garden was recently featured on CBC Radio One’s Cinq à Six.

James Irwin: 'It's all out of the same kettle'

At POP Montreal on Wednesday, September 21 at 9:15 p.m. | Brasserie Beaubien

James Irwin (BA 05) is a graduate of Concordia’s English and Creative Writing program. His dreamy, autobiographical pop tracks have earned him a cult following over the past decade.

“I was in creative writing and had a zine with Ruby Kato Attwood (BFA 06) formerly of Polaris Prize-nominated band, Yamantaka // Sonic Titan),” he says. “We put on art, music and poetry shows and zine launches.

“I was editor of the department literary journal, which was launched at the Art Matters festival. There were a lot of readings then, usually connected to music and painting shows. Ruby and I ended up starting a band. It was all out of the same kettle because everyone we knew was into arts.”

Irwin encourages students hoping to pursue a career in the arts to value their dreams and take a collaborative approach.

“Do it. And do it with others. Team up. You're really doing it,” he says, before adding, “Remember, if you're worried about when you’re going to be successfully doing it, you're doing it already.”