On March 19, turn out the lights during Earth Hour
|
By Shelagh Peden 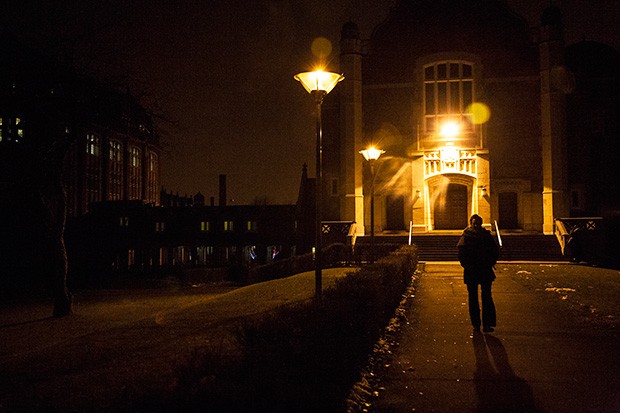 Go ahead, let the darkness reign.

This Saturday, March 19, the world will be a gloomier place than usual as people everywhere turn off the lights in their homes, businesses and institutions during an hour-long campaign to raise awareness of climate change.

Created by the World Wildlife Fund (WWF) in 2007, Earth Hour was originally a lights-out event limited to Sydney, Australia. However, the popular event has since become a global phenomenon, engaging more than 7,000 cities and towns, and connecting a vast number of sustainability initiatives.

But it still starts with a light switch.

This year, Earth Hour takes place March 19 from 8:30 to 9:30 p.m., during which time everyone is encouraged to turn off any non-essential lights. In some cities, it’s a major celebration with dancing and costumes.

Here at Concordia, non-essential lights will be turned off in major buildings at the Loyola Campus (the SGW campus will be bustling with events like case competitions and hackathons). But don’t be surprised if you see some lights still burning on campus, as there are some exceptions and rules that cannot be circumvented. For example, the university has the responsibility to provide a safe campus, so outdoor lighting will not be turned off.

It’s worth noting that most of the university’s major buildings already have energy-saving measures built in, such as motion detectors for office lights. This and other measures have made Concordia the most energy efficient of all major Quebec universities for 17 consecutive years.

You don’t have to sit in the dark.

The idea behind Earth Hour is to become more aware of the energy you’re using on a regular basis, and to figure out ways you can use less. In other words, turn off any unnecessary lights, not every light in your household!

Of course, there are plenty of ways to contribute beyond simply turning off the lights. Faculty and staff at Concordia are encouraged to turn off all computers, printers and any other electronic equipment that won’t be used over the weekend.

The Earth Hour website provides tips on how to create your own event, and you can contribute to related projects that need support via the Earth Hour Blue crowd-funding site.