UPDATE: The 24th annual IPSA World Congress of Political Science, “Politics in a World of Inequality,” takes place in Poznań, Poland from July 23-28. Topics addressed will include Brexit, violence against women in politics, the U.S. Presidential campaign and human rights in cyberspace. Find out more about the event.

This year, the International Political Science Association (IPSA) is having an important anniversary in Montreal, and there’s a very personal connection for one Concordia professor.

“I’m very proud of what we have done with the team here, to make it a truly professional, world-recognized association,” says Guy Lachapelle, a professor in Concordia’s Department of Political Science and IPSA's secretary general. 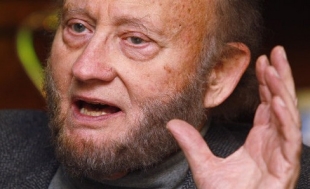 On March 30, to mark the 10th anniversary of the IPSA secretariat’s founding in Montreal, Lachapelle has invited famed political scientist Ronald Inglehart to speak at Concordia.

“Inglehart created the World Values Survey over 35 years ago,” explains Lachapelle. “And this is what IPSA has been doing from the beginning, encouraging the development of an international comparative databank that all political scientists can use.”

Created in 1949 after World War II, the association grew out of the United Nations Educational, Scientific and Cultural Organization’s (UNESCO) desire to promote dialogue between nations.

“The idea was to establish more links between professors and researchers across the world, with the ultimate goal of less war, and people getting engaged more in discussion and negotiation,” Lachapelle explains.

Over the years, IPSA grew from a small cluster of member countries to over 50. In addition to publishing articles, the organization holds a congress every two years.

Lachapelle became involved with IPSA in the early 1980s as a graduate student at Northwestern University, when the association’s journal was first created.

“The goal of the journal was to do comparative analysis, and it was a bilingual journal. I thought that was exactly the kind of journal I was interested in,” says Lachapelle. “So, I joined IPSA, because when you join, you receive the journal.”

A new leader, and a new home

Fast forward to 1995, when Lachapelle was working for the mayor of Québec City, chairing the committee charged with evaluating the population's support for hosting the 2002 Winter Olympics. Lachapelle suggested the city put in a bid for the next IPSA World Congress in 2000, and they won.

Then IPSA asked him if would take over the position of secretary general in 2000. 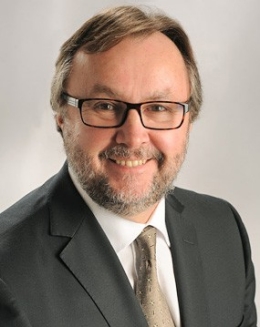 He didn’t take the decision lightly. “It’s a great responsibility, but finally, I accepted. At the time, the secretariat was in Dublin, so once I took over as secretary general, we moved everything from Dublin to Montreal — and to Concordia.”

Once the organization relocated, it quickly grew, going from a staff of two to nine today.

IPSA’s growth in its Montreal home base was so impressive, the association decided to make the move permanent, and Lachapelle has remained secretary general.

“The conditions in Montreal are perfect,” he says. “A key reason is that Montreal is bilingual, and IPSA was founded in both French and English, because it was created in Paris. Also, we have the best of two worlds, because half of our members are in Europe and the other half in North America, so the Montreal location is an advantage.”

IPSA’s ties to Concordia are also important. “We offer a lot of advantages for any international scholar who wants to come and work here,” says Lachapelle. “Montreal is a very innovative city, with an important academic community.”

IPSA enjoys the support of Montreal International, which is dedicated to keeping multinational organizations in the city.

Over the years, IPSA has made its mark on the international stage, particularly with its congress, always held in a different city. “When we held it in Prague in 1995, I saw colleagues in tears because political scientists in Eastern Europe at the time were often put in jail, because they were perceived as the opposition of the government,” Lachapelle remembers.

Dignitaries who have attended the congress over the years include former secretary of state Condoleezza Rice and Mikhail Gorbachev, the former leader of the Soviet Union who attended the 11th edition in Moscow in 1979.

“When we held our World Congress in Montreal in 2014, Gorbachev wrote a letter saying how important the Moscow congress had been for him … and how it had opened his mind to what was going on in Western Europe,” says Lachapelle.

“Then, years later of course, there was the fall of the Berlin Wall. It’s important to have these kinds of discussions. Organizations like ours can certainly play a role in opening the eyes and the minds of people all over the world.”

Lachapelle and his team are hard at work planning IPSA’s next World Congress, which will feature more than 3,500 speakers.

Lachapelle says IPSA owes a big part of its success to Concordia, and to Montreal. “I believe deeply that this type of organization should be in a university,” he says. “It’s where life is, it’s where students are, and that’s what you need. Having IPSA based here has put Concordia on the map."

"Everywhere in the world, people know IPSA is in Montreal, and is at Concordia. This is how you internationalize your university.”

On March 30 at 2 p.m., in celebration of the 10th anniversary of the International Political Science Association (IPSA) secretariat’s founding in Montreal, Ronald Inglehart will speak at Concordia in the Sir George Williams University Alumni Auditorium (1455 De Maisonneuve Blvd. W.).

The talk is free but registration is required. A cocktail reception will follow in Room H-765.

'IPSA has an essential role to play'

We reached out to members of the International Political Science Association (IPSA) for their comments on its decade at Concordia under the direction of Guy Lachapelle.

“You have to say that for Guy, he doesn’t give up. A good trait, I suppose.

IPSA is important because political science is an important discipline and it is crucial to have a well-run world association where scholars from all countries can meet and exchange and feel comfortable. We deal with an association that covers a discipline that is potentially explosive among its diverse components. But, these components have to hold together if they are to be recognized at the world level.

Guy Lachapelle has helped lead the association to new heights. With Guy at the helm, IPSA has given itself a significant Mission Statement, held its first inter-Congress conference in 2008 on the future of the discipline, and become more dynamic with Congresses every two years rather than three. Under Guy, the membership has reached new heights and the popularity of the congresses keeps increasing. Guy deserves a lot of credit.”

“IPSA has an essential role to play in bringing people together on the world stage to identify matters that require redressal and to carry research ideas that need to be pursued urgently. The Association has led the fight in favour of democratic practices and enlargement of citizenship regimes with conviction over several decades on the five continents. IPSA has been a constant supporter of the transfer of knowledge between continents as well as between generations of scholars.”

Professor Guy Lachapelle has shown key leadership and unfaltering determination for which he need to be warmly congratulated. He has contributed like no one else to put IPSA on the radar screen of decision-makers, government agencies, the media, as well as the general public. Due to his mentorship over the last decade, IPSA can now engage with confidence into the new decade and continue to stand up in favor of the advancement of democracy and the achievement of peace worldwide.”

“I initially became involved with the association 10 years ago, just after the implementation of the agreement with Concordia. I was actually present at the original ceremony of inauguration of the IPSA Secretariat on behalf of Concordia.

IPSA is the voice of the international political science community and a vehicle of support and development for the discipline. I believe that the diversity of our membership and the extensive research network built over decades contributes greatly and advances not only the discipline but also civil society in general.

I would like to congratulate Guy on the 10th anniversary of the IPSA Secretariat at Concordia. We have a strong relationship with Concordia University thanks to his work; he knows it is fundamental to count on a supportive and open environment in order to continue IPSA's work and mission. It will be great to celebrate this mark by his side this time, 10 years later.”