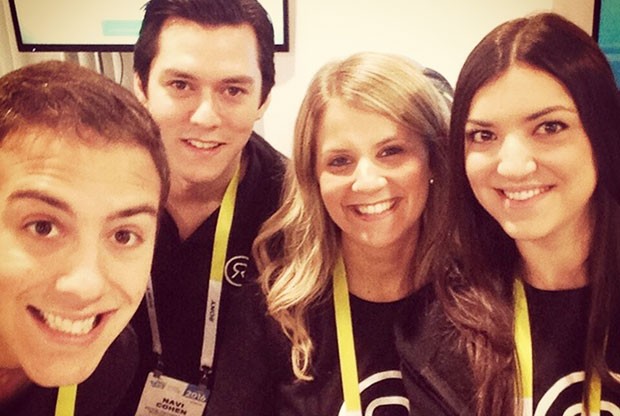 It’s a success story for the digital age.

The total, pledged by 10,569 backers, was more than 25 times their initial objective.

“Our goal was $100,000,” says Blumer, who recently returned from showing off their new product at the Consumer Electronics Show in Las Vegas. “But we set ourselves up to do whatever we possibly could to exceed that.”

Blumer earned his Bachelor of Commerce degree from Concordia in 2008. He was working as an investment advisor at CIBC when Cohen approached him with the idea for Revols, earphones that would allow consumers to mould them to their inner ear using a phone app.

“Navi knew about the technology, but applying it to custom-fit earphones really was the unique thing, and that's where we were able to provide the patent,” Blumer says. 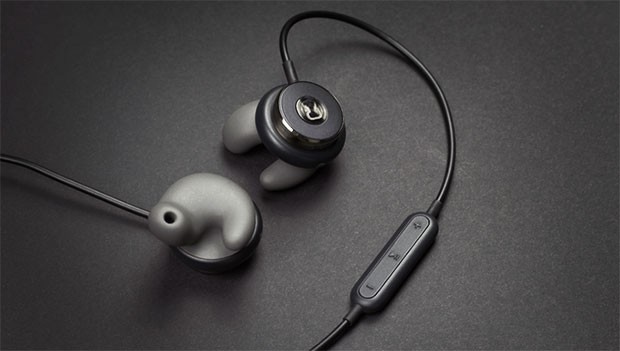 In November 2014, after producing a successful proof of concept and quitting their jobs, the two partners joined District 3, Concordia’s start-up incubator.

“We were able to create a team from there, add a lot of legitimacy, and learn a lot,” Blumer says. “The support there, the people that you meet, not just the mentors and advisors, but the other companies, too, the fact that you can bounce ideas off of one another, it's a really cool opportunity and place to work out of.”

It was also through D3 that Blumer and Cohen were introduced to HAX, a hardware accelerator based in China. “We spent the whole summer in China, and when we were done there, that’s when we launched the Kickstarter campaign.”

To get the word out about the campaign, the team hired a PR company. Dozens of tech sites and publications, and some mainstream media outlets, including CNN, wrote about the project.

“I always thought there was potential to kill it. But you never know until it actually happens,” Blumer says.

Now Revol Technologies is on the hook to deliver thousands of units to its backers. The pressure is on, to say the least. Cohen is moving to Hong Kong in two weeks to oversee production.

As for the rest of the team? “We have a small office space, but most of the guys are now in Hong Kong or China,” Blumer says. “I'm planning on working a bit out of the office space, a bit out of D3. And as we grow, we'll have to decide where we want to be based out of. But we're definitely going to hold onto our D3 connection.”

As a Concordia graduate in the early stages of developing a very successful startup, Blumer has a few words of advice for Concordia students with dreams of one day making it big in the business world.

As a final note, he encourages students with a business idea to take advantage of District 3. “It’s an amazing resource that not everyone knows about.”

Learn more about the District 3 Innovation Center at Concordia.