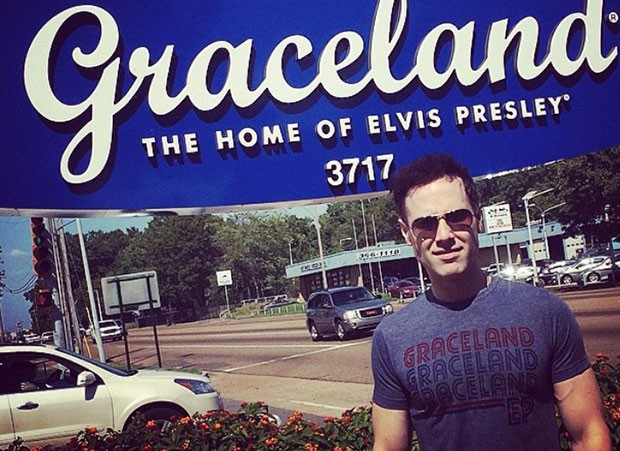 Elvis Presley, aka the King of Rock 'n' Roll, was born on January 8, 1935. It's a day of celebration and sadness for Todd van der Heyden, GrDip (Comm. Studies) 04, who sent us this reflection prior to jumping on the air for CTV News Channel.

Being an Elvis fan is a hard thing to explain. The artist, the legend, the man who has had such a profound impact on my life … yet I’ve never even met him and obviously never will.

Without making it sound like too much of a religious experience, I first found Elvis when I was a 14-year-old, and I’ve never looked back. It was during a high school trip to Europe in the Spring of 1988 — at a record store in London, in fact.

They were selling a Greatest Hits double LP, and I thought, Hmmm... Elvis. Why not try it out? That one album sparked it all, and led to my lifelong love affair with the King. Over the years I've collected hundreds of albums, movies, books, posters, T-shirts and other memorabilia.

In 1993, during my first year of journalism school, I even got a tattoo with his name.

There has always been something magical, tragic and amazing about who Elvis was, what he accomplished, his rise and fall, and at the core of it all, his music. This was a singer with such an eclectic mix of talent and tastes — as equally comfortable with rock 'n' roll as with country, with blues as with love songs, with gospel as with soul.

Elvis was the original package. He was a real authentic human being with all the flaws that fame and fortune can magnify.

He was also manufactured into a marketing machine — a piece of Americana, for good and bad, just like apple pie. And exploited for it.

The music and legacy of Elvis can be uneven, which is probably normal for an artist who released almost 60 albums and 800 songs during his lifetime. Much of the material is awesome, some of it is lacklustre, a few rare things are painful.

But that is part of being an Elvis fan: enjoying the best, accepting the worst. And his deep personal demons with drugs and addiction are part of the story, however much some fans might like to sanitize it.

After being a fan for more than 25 years now, I think that is pretty accurate. 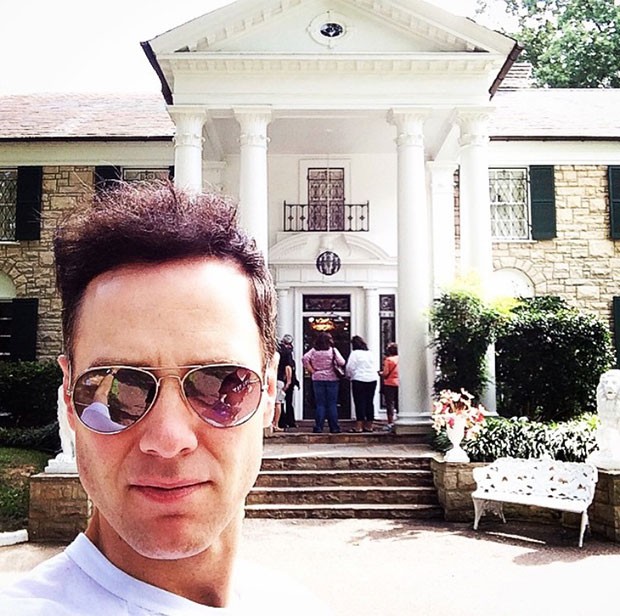 Todd van der Heyden has visited Graceland three times: "There is a presence, an energy..."

I’ve gone on pilgrimages three times now to Graceland in Memphis — the home where Elvis lived, and where he died in 1977. My last trip was in the fall of 2014. That’s just what superfans do.

And not to sound weird, but there is a presence, an energy, something going on as you wander the same living room, den and kitchen as Elvis.

The tour ends in the backyard, where he is buried, and I would hazard to say most fans experience an interesting moment as they stand over his grave. Ultimately, I was reminded of the music, because it really begins and ends with that.

It’s difficult to put into words what happens when I listen to an Elvis song — the place it takes me to, or the strange comfort I get from it.

There have been so many moments from my time as a geeky unpopular teenager right through to today when Elvis' music has made me well up with emotion, or made me laugh, or made me want to dance, or just brought me peace of mind in spite of whatever life is throwing at me.

That’s a pretty remarkable thing to get from an artist. Being an Elvis fan might not have been ‘cool’ (in the mainstream sense) since Beatlemania, but when you find a connection and a passion for something, what others think is irrelevant.

And there is a remarkable longevity to Elvis: he was among the top selling artists of all time — and to this day, he still is. Not bad for a guy who would have just turned 81.