Everybody wants to be inclusive, but not everybody knows how. Danielle Peers is here to help. Concordia's new Banting postdoctoral fellow will spend the next year working to help civil-society groups, and others, to include disabled people. 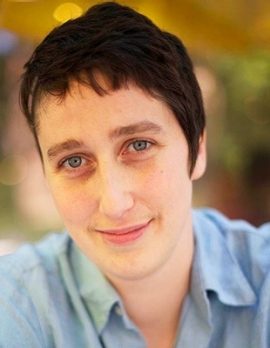 The prestigious federal Banting awards are named for Sir Frederick Banting (1891–1941), who shared the 1923 Nobel Prize for his work on insulin. Only 70 are awarded annually.

These awards are normally for two years, at $70,000 a year, but Peers has accepted a faculty post starting a year from now, at the University of Alberta where she earned her PhD. That gives her one year at Concordia to produce what she calls “Collective ‘Crip’ Enactments for Disability Flourishing: A Collaborative Research-Creation Project.”

The title, she acknowledges, is dauntingly academic, so she also has a “lay title”: “Flourishing in the Community: Exploring Collective Strategies for Meaningful Disability Support and Inclusion.”

She explains that a lot of artistic and athletic communities want to be more accessible, but don't know how. “‘How do we put on an accessible event? How do we make sure the organization isn't entirely run by non-disabled people, when it’s for all of us?’ … Communities have to re-invent themselves to do this.”

Peers is well-qualified for this task. As an undergraduate, she played “stand-up” basketball until 2001, when knee problems moved her to the wheelchair version. Then she was diagnosed with muscular dystrophy, making her eligible for competitive wheelchair basketball.

She starred with the Canadian bronze-medal team at the Athens 2004 Paralympic Games, and in 2006 won gold with Team Canada at the International Wheelchair Basketball Federation (IWBF) World Championships.

Following that victory, the IWBF declared her the world's most valuable player in the sport. Her Edmonton club team won six Canadian championships.

Peers no longer competes on the court, but she has amassed an equally impressive shelf of academic trophies, including a 2009 Vanier Canada Graduate Scholarship, a 2011 Trudeau Scholarship and now the Banting.

"I want to create dialogue for communities to share, experiment and incubate new ideas about how to create really inclusive communities,” says Peers. She’ll be writing academically and at the practical level she'll be making a video (she has previously made several, on related topics) and co-creating a website accessibility hub, for best practices.

“If your curling club or church community decides to become inclusive, you're not starting all over again. There are people who have years of experience, and communities led by the people you're trying to include,” she says

Among scholars, she says, the word “crip” conveys an awareness that social change is the issue now. It’s not only about having legal rights. Canada's disabled are often left behind in quality of life, Peers notes: more likely to be poor, more likely to be assaulted, less likely to be heard.

Very small daily practices, are part of the solution, she says. “For example, when we have a meeting we do ‘stacking.’ This means the people who are least likely to be heard — who use speech enhancement machines, for example — speak first.”

Such “enactments” build solidarity. “The small practices we use in groups actually help make us a community,” says Peers.

Well-known in disability communities across Canada, Peers expects to work with group leaders in Montreal and coast-to-coast. And she has found the right support at Concordia. “My supervisor [Kim Sawchuk of the Department of Communication Studies] is amazing; a lot of people doing grass-roots community work seek her out.”

Concordia is also the right place for the research tools she needs. "The Mobile Media Lab for research at Concordia is so vastly superior for research-creation … It's very exciting to me … that there are a lot of people at Concordia who specialize in research that the wider community is really going to use.”

Find out more about research at the Mobile Media Lab.