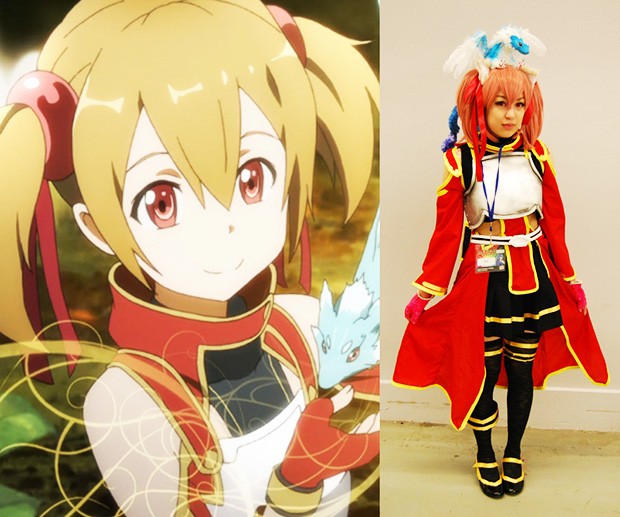 A participant of the 2012 Otakuthon as "Silica" from Sword Art Online. | Art by Abec and photo by MrJechgo

When Amanda Arrizza (BEng, 2007) joined the Concordia anime club in 2002, she didn’t think she’d end up starting one of the top 10 conventions in North America.

“We were building a community and it just grew,” says Arrizza, 32, president of the not-for-profit Otakuthon Anime Convention. “My parents thought it was a phase, but I haven’t lost interest yet.”

This year, the convention marks its tenth anniversary. It starts today — Friday, August 7 — and runs until Sunday night at the Palais des congrès.

With the 2015 edition, Otakuthon’s organizers plan to exceed last year’s attendance record of 17,000 and perhaps raise their annual operating budget of $1 million from sponsors and admission (festival passes range from $35-$45; cash only).

Thinking of throwing your hat into the ring? Here are a few convention essentials.

What is an Otakuthon, exactly?

“Otakuthon” is a made-up word: a combination of “otaku” (“fanatic” in Japanese) and “thon” from marathon.

Other highlights include the convention’s manga library, on loan from Otaku Anime of Concordia University and DollFest, an event to celebrate ball-jointed and Asian dolls.

“Anime was introduced to North American audiences primarily at sci-fi conventions in the 1970s and 1980s, when someone would hold a small screening of Japanese anime,” says Marc Steinberg, an associate professor of Film Studies at the Mel Hoppenheim School of Cinema.

Steinberg is the author of Anime’s Media Mix: Franchising Toys and Characters in Japan (University of Minnesota Press, 2012).

As he explains, anime caught on because of the long-form narratives and complex characters — like HBO today.

A global audience emerged with the 1988 theatrical release of Akira, the Dragon Ball Z television series from Japan, and the popularity of “cartoon films” from Studio Ghibli, often referred to as the Disney of Japan.

Yes, you can come as Astro Boy

One of Otakuthon’s most anticipated events is the masquerade ball on Saturday at 6 p.m., when attendees will dress up as their favourite anime character.

But cosplay — a combination of the words “costume” and “play” — isn’t only restricted to Saturday night. Many attendees practice it for the entire convention; some take it a step further, and participate in live cosplay battles.


Find out more about Concordia's Bachelor of Fine Arts in Film Animation.