It’s party time! The team behind .dpi, an online feminist journal of art and digital culture, is holding a launch for their 31st issue, Music and Politics, at Studio XX.

The bilingual, feminist artist-run centre will also welcome the creative and critical minds behind contemporary art magazine ETC MEDIA, who will launch issue 104 at the same event. Sound artist Emilie Mouchous is performing.

Find out more about the launch.

2. PORTRAITS OF A HUMAN RIGHTS HERO

Dr. Denis Mukwege is a Congolese gynecologist. He specializes in the treatment of women who have been gang-raped by rebel forces. Montreal’s Vues d’Afrique Festival is showing two films about this tireless advocate for human rights, who recently won Europe’s top human rights award, the Sakharov Prize.

Find out more about the films. 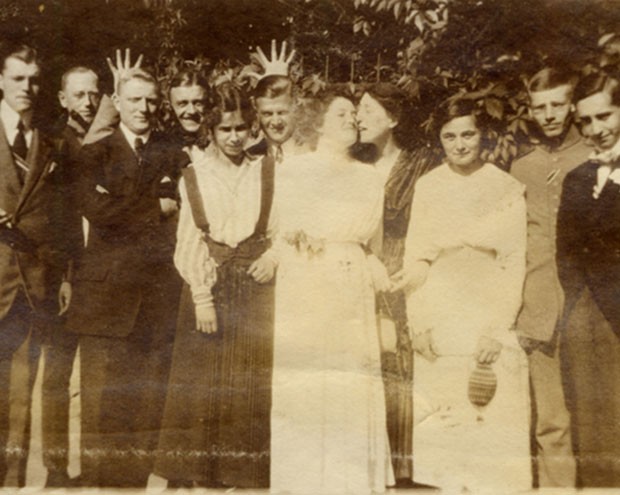 The Montreal Holocaust Memorial Museum is opening its doors and offering free, guided tours on the first Sunday of every month.

This year, the museum commemorates the 70th anniversary of the liberation of the Nazi’s concentration camps. Take an opportunity to visit the exhibition and hear survivors’ stories. You can also visit online!

Find out more about the open house.

Every year, DÉRAPAGE invites people from different disciplines to create a non-narrative audiovisual production that’s less than three minutes long, and has an original soundtrack. Check out creations from Montreal’s most avant-garde filmmakers during the grand screening evening of DÉRAPAGE 15 at the Cinémathèque Québécoise.

Find out more about DÉRAPAGE 15.

Curious about Celtic culture and history? What traditions do the Irish, Scottish, Welsh, Galicians, Bretons, and Manx from the Isle of Man share? Find out during the Celtic MTL 2015 convention at Concordia. Numerous Celtic societies and organizations will be present to showcase their heritage during the two-day event, organized by the Montreal Celtic Society.

Catch Emer O'Toole, a professor in the School of Canadian Irish Studies and her talk "Drama, Drag, and the Accidental Activism of Miss Panti Bliss" during the Celtic MTL 2015 convention.

Stay up to date with what’s going on in Montreal by subscribing to La Vitrine’s newsletter.