How can universities go from good to great?

When Elizabeth Cannon was appointed president of the University of Calgary, she was already familiar with the campus, having served as dean of the Schulich School of Engineering and propelled it to the top ranks of Canadian engineering schools.

During her installation speech in October 2010, Cannon spoke at a very high level about the need for the university to seriously think about its future, especially with its 50th anniversary coming up in 2016. 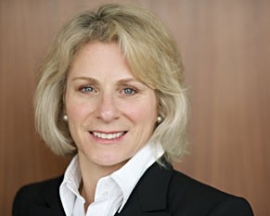 Elizabeth Cannon, president of the University of Calgary, comes to Concordia on March 10.

In January 2011, a strategic planning process was formally launched under the name “Project Next.” Cannon says branding the process was a powerful way to engage people across the campus in imagining the university’s future.

The process resulted in a new five-year strategic direction, Eyes High, developed in consultation with students, faculty, staff, alumni and leaders in the city of Calgary. Eyes High articulates a vision for the University of Calgary to become “one of Canada’s top five research universities, grounded in innovative learning and teaching and fully integrated with the community of Calgary, by the university’s 50th anniversary in 2016.”

We spoke to Cannon in advance of “How can universities go from good to great?,” her March 10 presentation at Concordia.

How would you characterize the state of the University of Calgary when you assumed your role in 2010? What were the first important steps you took to generate a sense of direction and momentum?

Cannon: Back in 2010, the University of Calgary certainly had some successes under its belt and some momentum. As a young university, it had grown very quickly and had some challenges with respect to systems and processes and the level of sophistication that is needed to support a very large and complex organization.

We did not have clarity of direction and vision, despite having a lot of good things happen. We had not set collective goals for what we wanted the university to be in the future. For me, this provided an opportunity to turn a page and get people thinking about the future.

During the first two to three months, I spent time listening in small groups, holding town halls, getting out in front of students, faculty and staff so they could see me as the president and not as a dean of one of the Faculties. I was speaking to people about imagining a new future for the university — one that would allow us to capture real opportunities — and this set the stage for our strategic planning process.

You’ve set a high bar for the University of Calgary. How important are stretch goals? How do you know when you’ve tried to stretch too far, or not stretched far enough?

Cannon: One of the reasons we did a five-year strategic plan was in part to align it with an important milestone. We asked ourselves, “When we turn 50 in 2016, what do we want to look like?” I wanted to create a sense of urgency on campus. A lot needed to be done, so this spoke to creating a timeframe for the plan.

I thought we were ready to take a step up and the institution was ready. Eyes High came from the bottom up; I did not drive the strategy development day by day. When the working group came back with the words, “We will be the top research university in Canada,” that did not get people get excited; it wasn’t bold enough. So the team came back with analysis and said, “In five years, how far can we get? “We want to be the top six in 2016,” which also did not sound very good. So, again, our staff, students and faculty came back and said they wanted us to be among the top five research universities by 2016.

It is a stretch goal, but it is not so far out of this world. We know it is achievable, but it is going to take a lot of work. People may say, “Okay, you are getting close to 2016, but what if you don’t get there?” I ask this question back to our students, faculty and staff, and our community as a whole.

How do you cultivate and foster a climate that invites people to excel?

Cannon: I think you need to translate the strategy into action. It is the biggest compliment when I walk around campus and a faculty or staff member says, “Things feel different on campus.” I know then that they understand Eyes High. The strategy is bigger than themselves. It becomes a call to action.

I also tell people we all have to show up on campus, every day, with a commitment to excellence — no matter our job. We put a lot of time into delivering a strategy in a tangible way. Building a strong campus culture is the enabler to deliver this strategy. If people do not feel pride in their organization, they will not strive for excellence. That is what we are working very hard to create. 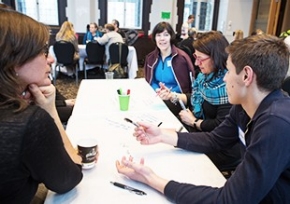 The question “What’s next for Concordia?” has been actively discussed at a series of Idea Cafés.

More than 4,000 people were involved in developing the Eyes High strategy. They are the ones who delivered Eyes High and delivered the goals, which gave me the mandate. Once you have that, and we have all agreed, then my role is to lead, to build a strong culture.

We just finished our third employee-engagement survey, and we will report all the results throughout our campus. [Cannon said the first survey was not overly positive, but it was an opportunity to take a pulse of the faculty and staff, and then address the issues it raised.]

I take the results very seriously. They contribute to my performance plan and that of other senior leaders. We measure ourselves through the engagement survey every two years, asking people, “How do you feel about campus? What are we doing well?” If people see you walking the talk, they will start to believe the leadership and the strategy — that you are truly living and breathing the strategy. It is something to pull people together, and it is an enabler for the future.

What are the five characteristics a university needs to go from good to great?

Some people may suspect that aiming high is easy when there’s money and that University of Calgary’s rise is partly attributable to the wealth generated by oil. What do you think about the link between resources and ambition?

Cannon: I think it provides opportunity. What we felt back in 2010, and I still believe it today, is that we were ready as an institution to aim higher, and that we were in an ecosystem that would allow this to happen faster.

When we said we want to have our eyes high, our biggest advantage is our location — being in Calgary, not only because of its resources and great philanthropic support. There is great energy in this community to support its institutions.

It is up to us to take charge of the opportunity that is out there and live up to the expectations of Calgarians. You don’t just sit back and take advantage of the good times. You need to take major steps for change to happen. Every institution aspires to do more, be better and develop stronger reputations. The advantage we have is that we are in a community that can help us get there faster, but we do not take this for granted.

On April 1, James Neal will speak about next-generation libraries, and on April 8, Debra Stewart is addressing the topic of graduate education.