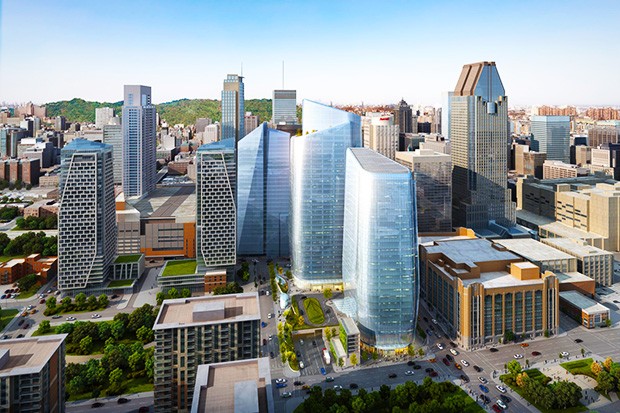 What would it take to propel Montreal’s urban core to a Silicon Valley North-style position in the international knowledge economy?

The enterprising answer, according to Quartier de l’innovation (QI), is to integrate industrial and education/research sectors with urban and sociocultural spheres. An “ecosystem of innovation” would pave the way for the emergence of the bourgeoning made-in-Montreal creative class as a worldwide leader.

Concordia has now joined forces with QI to lend its social capital and research expertise to the ambitious initiative.

“The knowledge economy, technology and growth are all dependent on the relationship between cities and their universities,” says Alan Shepard, president of Concordia. “So for us, this is a natural fit.”

To date, QI — whose geographic borders comprise Griffintown, Saint-Henri, Little Burgundy and Pointe Saint-Charles — has supported the development of 20 projects, in industries as diverse as biofuels, communication technology and urban design.

“The area we are focused on boasts the largest concentration of information and technology workers in Canada,” he says. “It houses 350 companies, which translates into 20,000 jobs. Couple this with the fact that it’s a dynamic artistic and educational community with numerous non-profit organizations, and the potential is limitless.”

At its heart, QI seeks to be a unifying force by promoting an active partnership between residents and the economic development sector. Concordia’s researchers, students and entrepreneurial partners are no strangers to this type of collaboration.

“Whether it’s in the areas of gaming, genomics and aerospace or geography and design, our research community has been intrinsically linked with the people and businesses that make this city tick,” says Graham Carr, vice-president of Research and Graduate Studies.

“The collaboration will create new opportunities for our students and faculty to do what Concordia does well: to think creatively, to think outside the box and to partner with start-ups, community organizations and other institutions that have a passion for innovation.”

QI was formed in 2013 under the leadership of the École de technologie supérieure (ÉTS) and McGill University.

For QI board chair Jean-Pierre Desrosiers, also a member of the Concordia Board of Governors, the university’s addition as a partner institution is a natural next step.

“Concordia is deeply rooted in Montreal’s business, intellectual and innovation classes,” he says. “It will contribute greatly to our mission.”

For more information about how to develop projects and partnerships with the Quartier de l’innovation, contact Prem Sooriyakumar.