Who deserves the next honorary degree? 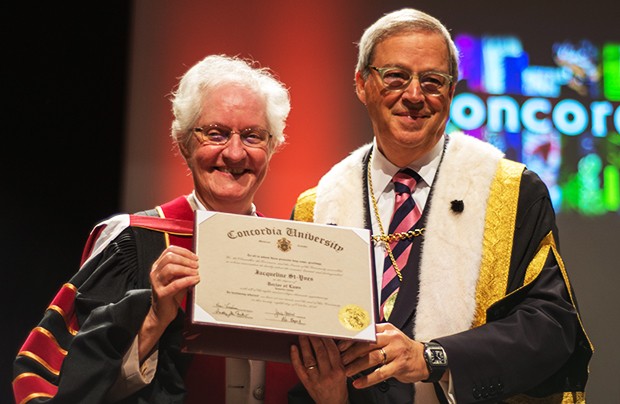 The Honorary Degree and Convocation Committee (HDCC) is seeking nominations for spring 2015 honorary degree candidates. All nominations will be screened by the HDCC and approved by the Board of Governors upon recommendation of the Senate.

Nominees should have sufficient stature and recognition to ensure that the awarding of an honorary degree brings credit to Concordia and to the academic community as a whole, while upholding the values that lead to the advancement of learning and to the pursuit of greater knowledge. HDCC will review the nominations to ensure the candidates meet one or more of the following criteria: eminence in a field of activity or profession, outstanding public or community service, or significant connection or benefaction to the university.

Before submitting a nomination, it is important to read the Guidelines for the Awarding of Honorary Degrees.

The completed and signed nomination form should be submitted to Danielle Tessier, HDCC secretary, preferably via email attachment at danielle.tessier@concordia.ca or by regular mail to:

While nominations are welcome throughout the year, please note that in order for them to be considered for this spring, they must be received no later than February 20, 2015.

Get the nomination form.