These days, Martin Lefebvre of the Mel Hoppenheim School of Cinema has good reason to be beaming. He is celebrating the graduation of the Film Studies program’s first-ever PhD candidates, Dru Jeffries and Andrée Lafontaine.

“We feel ecstatic! We’re very happy to see this come to fruition,” says Lefebvre, the Concordia University Research Chair in Film Studies and director of the Advanced Research Team on the History and Epistemology of Moving Image Study (ARTHEMIS). 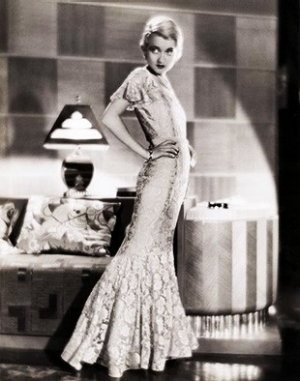 It’s been a labour of love for Lefebvre, who introduced the university’s doctoral program in Film and Moving Image Studies in 2008, after three years of groundwork.

“It was clear that the School of Cinema had the critical mass in terms of its resources,” he says.

Concordia is now one of at least four universities in Canada with a PhD-level program in film studies, alongside Université de Montréal, York University and the University of Toronto.

Lafontaine and Jeffries were members of the first cohort; they successfully defended their dissertations in October. Lefebvre supervised both PhD students, and describes their work in glowing terms.

Jeffries’s thesis, The Comic Book Film as Palimpsest, argues that the comic book film — think The Dark Knight, 300 or Hulk — is a genre of its own, with a style and structure emulated and remediated in other films and media.

“Martin really helped shape my dissertation — and my thinking leading up to it — by suggesting texts and approaches, critiquing drafts and so on. That allowed me to perform the work that I had in mind all along, but didn’t know how to give shape to,” Jeffries says.

He has since moved on to a two-year post-doctorate at the University of Toronto’s Cinema Studies Institute. “In that time, I hope to draft the book version of my dissertation, publish several more articles — all of which began gestating during my tenure at Concordia — and get working on my next major research project.”

Meanwhile, Lafontaine will soon embark on a post-doctorate at Université de Montréal and the University of California, Los Angeles focusing on gender performance in the American director Dorothy Arzner's film and radio work from a transgender perspective.

For her PhD thesis, Sink or Swim in Liquid Modernity: The Chronotope Of the Modern Woman in Early 1930s Hollywood, Lafontaine watched upwards of 200 films, searching for a particular kind of female cinematic representation.

In Baby Face (1933), Blondie Johnson (1933), Grand Hotel (1932), Our Dancing Daughters (1928) and others, she found hopeful, future-facing women who were, in some ways, figures of emancipation at a time when values and conventions were in flux. Lafontaine’s thesis argued that female representation in 1930s film helped bring the United States and the role its women played into a more modern age.

“Andrée’s approach is quite refreshing because it shows that there was actually a conception of the modern woman that was, for a brief period of time, open to the hope of a change in society,” Lefebvre says. “She tried to delineate the contours of that modern woman she saw.”

Although already three years into a PhD in semiotics at Université du Québec à Montréal, Lafontaine came to the Mel Hoppenheim School of Cinema when she learned of the school’s plans to start a doctoral program in film studies.

“Mel Hop has an incredible faculty, so I had no hesitation in applying,” Lafontaine says. “I never once regretted the move. The profs have students' success at heart.”