1,710,612 downloads and counting: how Concordia became a global leader in open access 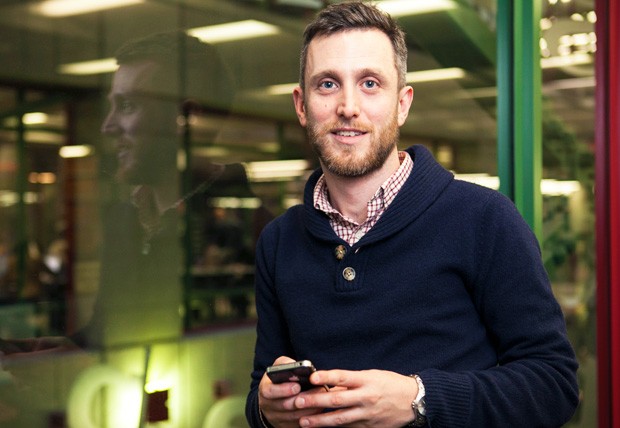 Librarian Geoffrey Little says Concordia seeks “to promote a landscape in which information of all kinds can be shared with the widest possible audience.” | Photo by Concordia University

In 2010, the Concordia Senate passed a landmark resolution on open access. It was a bold statement that established the university as a leader in Canada’s open-access movement.

A year later, Concordia became the 324th institution worldwide to sign the Berlin Declaration of Open Access to Knowledge in the Sciences and Humanities.

International Open Access Week runs from October 20-26. To mark the occasion, we sat down with Geoffrey Little, the university’s scholarly communications librarian. Little has written about the use of technology to support open access for the Journal of Academic Librarianship.

What is open access, and why is it important at Concordia?

Geoffrey Little: Open access is unrestricted, free online access to peer-reviewed scholarly research. It started as a movement to make scholarly journal articles more accessible, but it is being applied to theses and dissertations, monographs, conference papers, creative works, and data.

Open access is important to Concordia because it promotes an open scholarly communications environment in which research outcomes — which are often publically funded — are shared widely so as to have the most impact.

What is Spectrum, and how does it fit into the university’s open-access strategy?

GL: Spectrum: Concordia University Research Repository was launched in October 2009. It contains book chapters, articles, conference papers, and other works authored or created by members of the Concordia community.

In the spring of 2010, after a wide-ranging discussion with faculty from across the university, the Concordia Senate passed a resolution — the first in Canada — mandating all researchers to deposit their peer-reviewed articles in Spectrum. It is also the repository for Concordia theses and dissertations.

In July 2014, Spectrum’s ranking increased to fourth out of 48 repositories in Canada and 31st out of 429 in North America. This ranks Spectrum ahead of the repositories at Université de Montréal, Queen’s, York, Simon Fraser, Ottawa and McGill, as well as American universities like Pittsburgh, Washington, Duke, Maryland and Pennsylvania.

Can you tell us some of the latest Spectrum numbers? How many documents does it hold? How many downloads have there been?

GL: There are currently more than 12,100 items in Spectrum dating from 1965 to 2014. Materials are added regularly, so that number is not static.

Spectrum hosts all graduate student theses and dissertations. More and more non-thesis graduate work — like research essays required for a MA degree program — is being added. This makes Spectrum not just a repository, but a showcase for the exciting graduate work that’s being done at Concordia. For current graduate students, it is becoming the place to check and see who else has done work in your field or which faculty members have served as advisors.

Can you tell us about Concordia’s Open Access Author Fund?

How has the university's support for open access changed academic life at Concordia?

GL: We want to promote a landscape in which information of all kinds can be shared with the widest possible audience, not just those libraries that can afford the increasingly prohibitive subscription and access fees charged by for-profit and increasingly monopolistic publishers.

Where are we going next with open access at Concordia? What projects are on the horizon?

GL: Over the past two years, we have been envisioning a university press at Concordia to publish peer-reviewed open-access monographs in the humanities, social sciences and fine arts.

These would be books of the highest quality, but available to anyone online. We think there is a place and a role for this kind of academic publishing. We’re having wide-ranging discussions with allies and partners at the university and beyond — including the Birks Family Foundation, which has been a great supporter of open access at Concordia — to make this project a reality. More details should be available shortly.