The real risks of growing up with bipolar parents 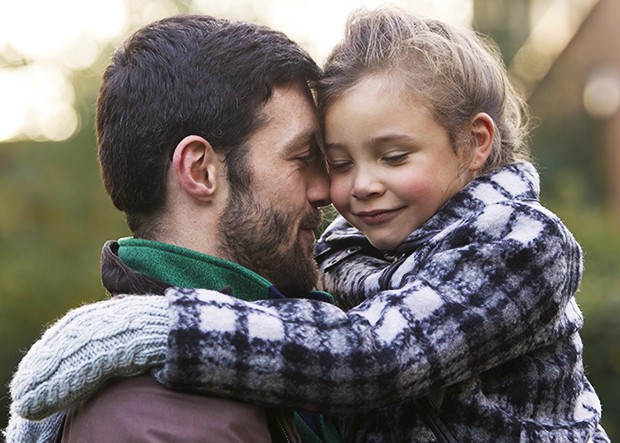 Bipolar disorder (BD) is among the 10 most burdensome medical conditions, according to the World Health Organization. The disorder is known for its dramatic highs of extreme euphoria, racing thoughts and decreased need for sleep, as well as its profound lows of sadness and despair.

Because it is also associated with a heightened risk of suicide, substance abuse, hypersexuality, familial discord and aggressive behaviour, BD affects not just those suffering from it, but also those around them — especially their children.

While previous research has shown that children of parents with BD are at a greater risk of developing psychiatric disorders, the psychosocial implications of being raised by parents with BD has been ignored — until now.

A new study conducted by Mark Ellenbogen, a psychology professor at Concordia, and Rami Nijjar, a graduate student, reveals that children of parents with BD are more susceptible to psychosocial problems, most notably risky sexual behaviour. The study was published in the Journal of Affective Disorders.

Using a longitudinal approach, the researchers followed children of parents with bipolar disorder and children from families without mental disorder from ages four to 12 until early adulthood. They assessed:

For both genders, the researchers saw the biggest group difference in the last category, which can be seen as an extension of other tendencies.

What can concerned parents with BD do?

To prevent the offspring of parents with BD from engaging in risky behaviour, doctors need to look beyond the patient and give the entire family, including the children, the coping skills they need to live with the disorder.

“In psychiatry, we tend to treat the patient — there’s never any evaluation of their family or kids or partners. Across my career, I’ve been saying that’s the wrong way of looking at the issues,” Ellenbogen says. “The children of BD patients are at high risk of developing a number of psychiatric and psychosocial problems. We need to think about interventions that will work for all members of the family.”

A new pilot prevention program that is open to the public

Ellenbogen is now working to establish the first prevention program for children of parents with BD. Entitled Reducing Unwanted Stress in the Home (RUSH), the intervention will consist of 12 sessions of group therapy, with one group to teach children effective coping strategies and another to teach their parents the skills to manage stress, family discord and children.

The pilot program, open to families in the Montreal area, will launch this summer. It will operate in groups of five to six families.

Ellenbogen and his team will monitor the behaviour, hormone levels and mental health of the children before and after the intervention in order to assess the effectiveness of the RUSH program.

“These parents need additional help in organizing family life, parenting, dealing with spouses and coping with stress,” Ellenbogen says. “The ultimate goal is to reduce the levels of stress in the family, which we believe will then reduce negative outcomes in their children.”

Partners in research: This study was supported by a grant from the Canadian Institutes of Health Research, the Canada Research Chair Program and the Social Sciences and Humanities Research Council of Canada.

The RUSH program is supported by a 2013 NARSAD Independent Investigator Grant from the Brain & Behavior Research Foundation (USA).