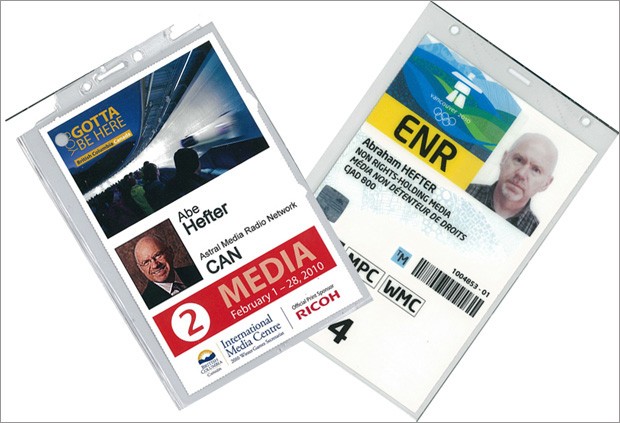 Abe Hefter, veteran broadcaster and undergraduate program director of Concordia’s Department of Journalism, has covered the Olympics four times. For cub reporters and pedigreed pros alike, the Games have always been a dream gig. With the 2014 Winter Olympics in Sochi, Russia, just around the corner, we asked Hefter about some of the moments that stuck with him.

My Olympic travels began in 1980, when I was sent to cover the Winter Games in Lake Placid, N.Y. as a fresh-faced reporter with Broadcast News-Canadian Press.

Speed skater Gaétan Boucher, who hailed from Charlesbourg, Quebec, left me with my most vivid memory. I can recall watching Boucher complete the 1,000-metre event in cold, windswept conditions on the outdoor speed skating oval, a solitary figure who would end up capturing a silver medal for Canada. He was bested only by Eric Heiden of the United States, who became the first Olympic athlete, summer or winter, to win five gold medals in individual events. 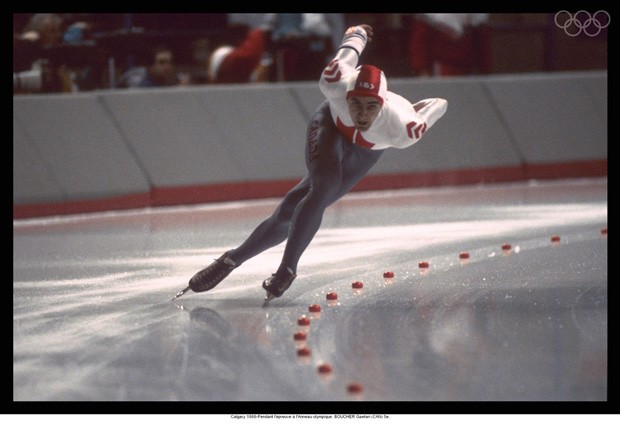 In Lake Placid, I was pretty well on my own. In addition to covering Boucher's silver-medal showing in speed skating, I also covered Steve Podborski's bronze-medal performance in downhill skiing, and followed the inspirational road taken by the U.S. men's hockey team, which prompted one of the most memorable calls in the history of sports when Al Michaels asked, "Do you believe in miracles? Yes!"

My next Olympic stop was Calgary, Alta. in the winter of 1988. By then, I was sports director of Broadcast News-Canadian Press, which meant I spent most of my time anchoring live reports that were served to stations across the network.

It’s the mind-numbing cold that greeted me at the start of those Games that I remember the most. Trenton, Ont.’s Elizabeth Manley, of course, emerged as “Canada’s sweetheart” in Calgary, after she clinched a surprising silver medal in figure skating. By the end of the two weeks, I was walking around in shirt sleeves. Chalk that one up to Chinook winds.

After Calgary, there was Seoul, South Korea, which completed an Olympic doubleheader for me that year. I have one particularly vivid memory of those Games. It came in the wee hours of the morning following sprinter Ben Johnson’s stunning gold-medal performance for Canada in the men’s 100 metres. The news hit via a phone call from CP head office in Toronto that Johnson had tested positive for anabolic steroids. 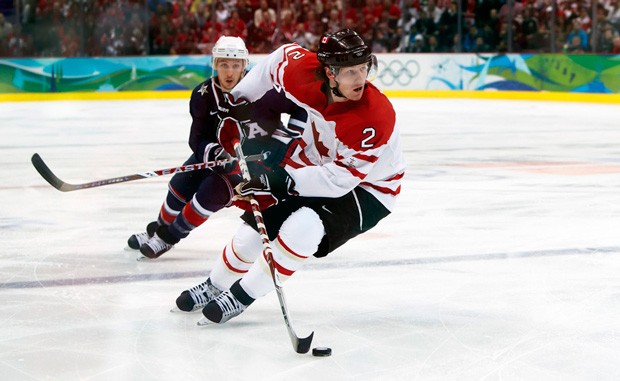 As I sat in my room and digested what I had just heard, my head still foggy from sleep, I could see lights turning on in reporters’ rooms in the press village around me. One by one, Canadian journalists were being rousted from bed with news that would shock Seoul and the rest of the world.

A final hurrah in Vancouver

My last Olympic stop was Vancouver, B.C. in 2010. As a sports reporter with CJAD radio in Montreal, I covered the games for the Astral network.

My primary role was to deliver sportscasts from an affiliate in nearby Richmond for the morning drive in Montreal. That meant  a 1:30 a.m. wake-up call in order to be on the air for 6 a.m. EST. I definitely became good friends with the overnight coffee crew at Tim Hortons during those Games.

Later in the day, I would pick and choose my spots. I made it a point, for example, to cover figure skater Joannie Rochette's emotional performance in the figure skating short program, which came just days after her mother's death.

But for many Canadians, the highlight of those Games arrived during the men’s gold medal  hockey game between Canada and the United States, which saw the former team win on its own soil.

My reporting assignment took me to a huge television broadcast screen that had been set up in downtown Vancouver for the occasion. I was surrounded by thousands who had congregated at Robson Square to watch the game. The eruption that followed Sidney Crosby’s golden goal, in overtime, shook the downtown core.

I recently had a chance to visit Lake Placid for the first time since 1980. As I strolled by the site of the speed skating oval, I could see, in my mind’s eye, Gaétan Boucher’s powerful stride cutting through the wind on his way to a silver-medal showing for Canada, some 30 years earlier.

Learn about Concordia’s rich Winter Olympic history by checking out the two-part series put together by the Department of Records Management and Archives.

And read about the Stinger heading to Sochi.