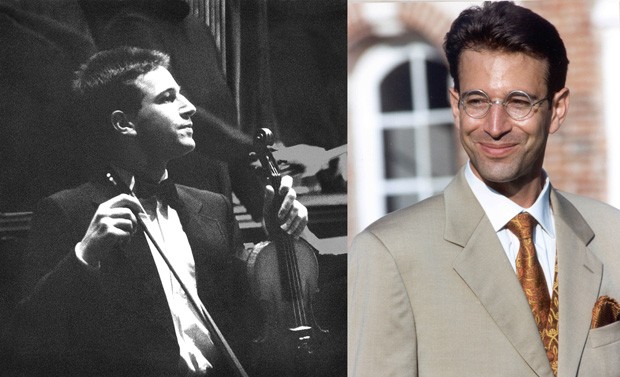 Daniel Pearl: “He took his violin with him everywhere and played music with people he met to establish bonds across cultures.”

Concordia’s Jazz Studies Faculty Ensemble will perform its October concert as part of Daniel Pearl World Music Days. The U.S. Consulate is sponsoring the evening as one of many global events to celebrate the life of the slain Wall Street Journal reporter who connected with others through music.

“He took his violin with him everywhere and played music with people he met to establish bonds across cultures,” says Consul General Andrew Parker. “We’re pleased to partner with Concordia on this Harmony for Humanity event.”

Parker will briefly talk about Pearl and his passion for music. There will also be a message from the American president. “The U.S. government has taken a strong interest in Daniel Pearl World Music Days because they promote universal respect,” Parker says.

Charles Ellison, coordinator of Jazz Studies, has assembled 10 of Quebec’s best jazz musicians from the full- and part-time faculty. They include Mike Cartile, a top trumpeter, and Nasyr Abdul Al-Khabyyr, who drummed with Dizzy Gillespie.

“I’ve asked everyone to play original scores as one ensemble or duos up to sextets,” Ellison says. “The Jazz Studies Faculty Ensemble enriches our teaching through performance – showing our students that we don’t only talk the talk, but also walk the walk.”

Ellison has written a composition called “Kindred Spirits” in tribute to Pearl. “It’s an expression of appreciation and love from one musician to another, and from one human being to another,” he says.

The day after Pearl’s murder by his extremist captors on February 21, 2002, his distraught Paris neighbour George Pehlivanian wanted to cancel his guest conductorship of the Israeli Philharmonic Orchestra. Pehlivanian instead chose to dedicate the concert to Pearl in a triumph of hope over despair.

After Pearl’s August 2002 funeral, his family decided to also inspire hope and unity by inviting people to dedicate an October musical event to his memory. More than 11,000 performances in 129 countries have since been held.

“Concordia is delighted to celebrate Daniel Pearl’s life,” says Liselyn Adams, the music department’s chair. “Pearl was known to quote composer Leonard Bernstein who after John F. Kennedy’s assassination said: ‘This will be our reply to violence: to make music more intensely, more beautifully, more devotedly than ever before.’”

The Jazz Studies Faculty Ensemble concert will be Thursday, October 31, at 8 p.m. in the Oscar Peterson Concert Hall, Loyola Campus, 7141 Sherbrooke St. W., with intermission hosted by the U.S. Consulate. Tickets will be available at the door: $10 for adults, $8 for seniors, $5 for non-Concordia students (a $1 service fee will be added to each ticket) and free for Concordia students with ID.