Concordia women give a strong performance at the 5th annual awards ceremony
|
By Felipe G.B.
Source: Faculty of Fine Arts 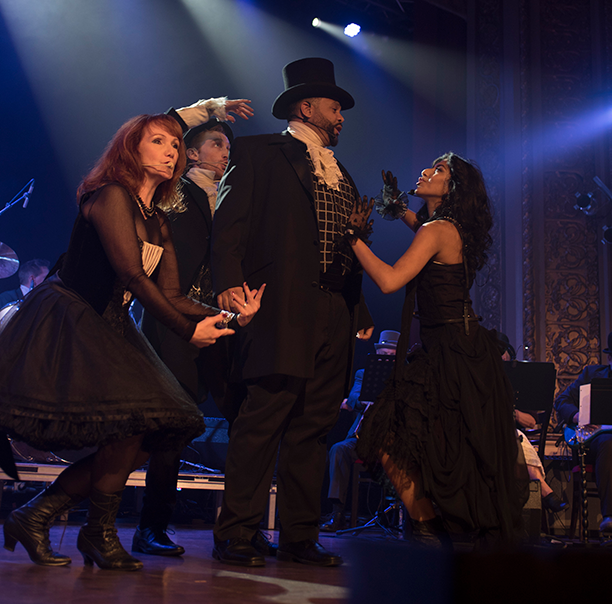 Featured in plays with titles like Tragic Queens, Intractable Woman and F—-k You! You F—-king Perv!, Concordia women stole the show at this year’s Montreal English Theatre Awards (METAs) at the Rialto Theatre on October 23rd.

University alumnae and faculty were well-represented, with over 20 nominations in 15 categories. They won 8 awards overall, including the evening’s highest honours for Outstanding Independent Production (F--k you! You F--king Perv!) and Outstanding PACT (Professional Association of Canadian Theatres) Production (Angélique).

'Try as many things as possible' 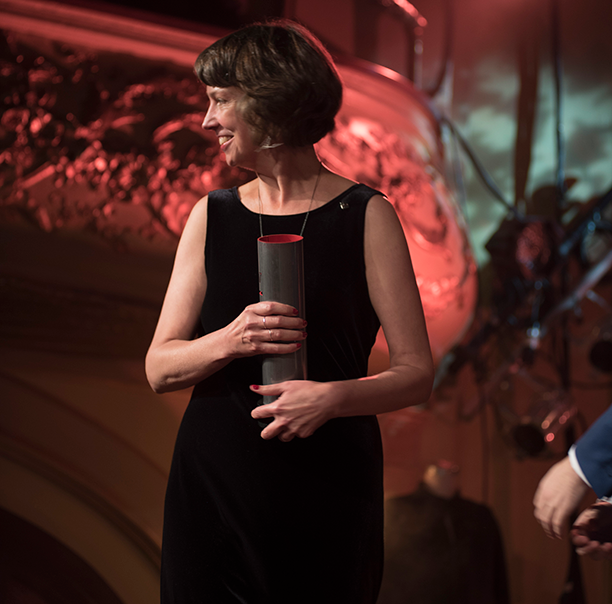 Concordia’s Leslie Baker, a part-time instructor in Concordia’s theatre program, walked away with the awards for Outstanding Lead Performance and Outstanding Independent Production for The Bakery & La Manufacture’s production of F—-k You! You F—-king Perv! She was also nominated in the Outstanding Costume Design and Outstanding Direction categories.

“To be both an actor and a director simultaneously takes a lot of work; it’s all-encompassing, so it’s very challenging,” says Baker.

“Get involved and try as many things as possible. Be open and supportive of everyone, embrace every possibility, but still be critical in a constructive way and think about what you’re doing and what you would like to do next.”

'A great reminder of what makes theatre, theatre' 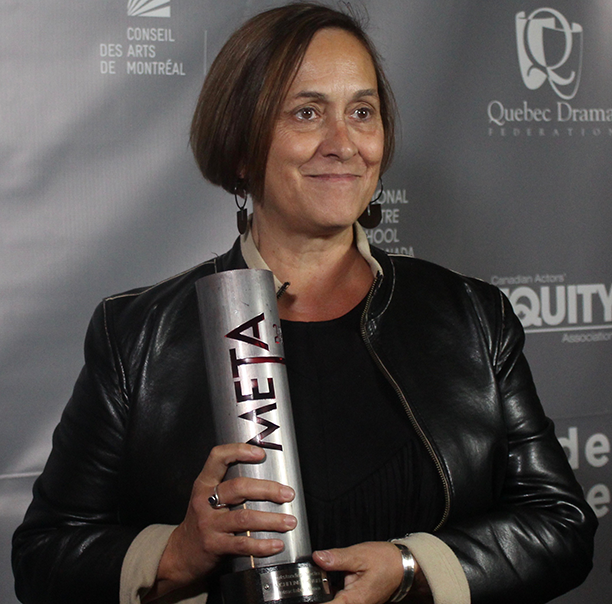 Micheline Chevrier took the award for the Outstanding Direction of Intractable Woman. Reflecting on her time as an artist-in-residence last year at Concordia, she praised the theatre program and its collaborative structure.

“It was a great opportunity for me to mentor, and to learn from the students. It was a great reminder of what makes theatre, theatre; to challenge certain things and yet discover others.”

“Concordia gave me all the tools and ideas I needed to enter and work with people in the community. As a student, I was lucky enough to work with a great company, Geordie Productions, and grow even more.”

Rogers was part of the winning Outstanding Ensemble for Geordie Productions’ The Halloween Tree. Written by Amanda Kellock (BFA'03, former artist-in-residence), the play was also nominated for Outstanding New Text.

'Groomed me as a thinker and a maker' 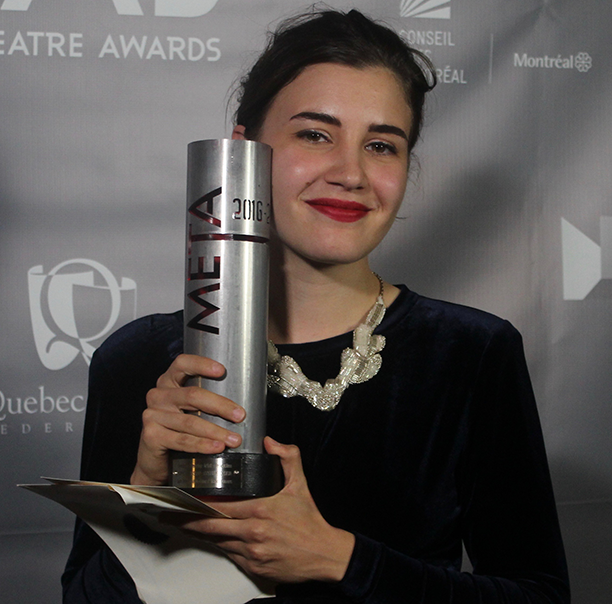 CABAL, a company of Concordia alumni, was nominated for Outstanding Ensemble (Jillian Harris (BFA'15), Alex Petrachuck (BFA'16), Meagan Schroeder (BFA'16)), Outstanding Independent Production, and its director, Anthony Kennedy (BFA'15) for the Outstanding Emerging Artist in Production. It was El-Assaad, however, who walked away with an award.

“At Concordia, they really pressed conceptual ideas, which groomed me as a thinker and a maker. Veronica Classen was an amazing inspiration and mentor,” she said, recalling her experience as an undergraduate.

“I also got the opportunity to work on three mainstage productions, which is quite rare in other schools. Practicing beyond theory and concepts really taught me how to work with people in a production staff. That was invaluable.”