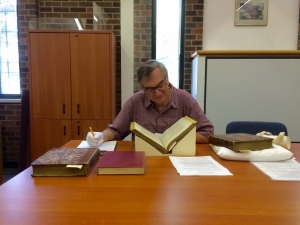 Dr. Tittler specializes in British History and particularly the political, social, urban, local, and art/architectural history of Early Modern Britain, c. 1500-1640. He is an elected Fellow of the Royal Historical Society, of the Royal Society of Canada, and of the Society of Antiquaries of London. He has published nearly 60 scholarly essays and ten books, of which the most recent are The Face of the City; Civic Portraiture and Civic Identity in Early Modern England (Manchester U. Press, 2007, 2012), and Painters, Portraits, and Publics in Provincial England, 1500-1640 (Oxford University Press, 2012, 2013).