Are the lives of the 1% less lavish than we think? 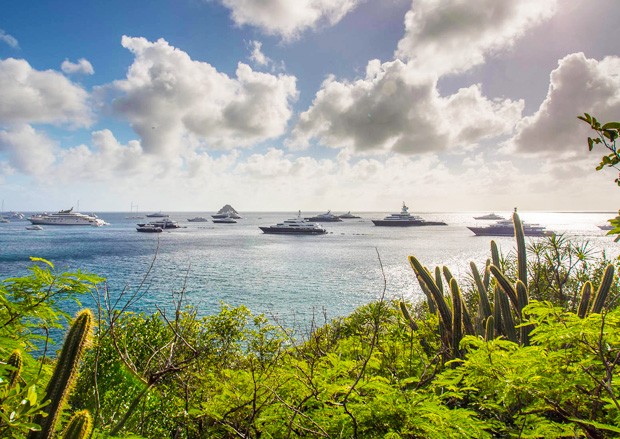 Robert Nason: “The depiction of the one per cent owning luxury yachts and vast houses tends to distort the reality of one per centers’ daily lives.” | Photo by Chris Nelson (Flickr Creative Commons)

Montreal, October 25, 2016 — Around the world, growing concern about economic inequality has resulted in a polarized view of what it means to be “extremely” wealthy.

But do overblown ideas about the lives of the “one per cent” mask a more mundane reality about the typical richest households? Or are they really perched on toilets made of gold, eating beluga caviar and bedazzling their leather jackets with Swarovski crystals?

Not quite, according to a new study published in Business & Society by researchers from Concordia University's John Molson School of Business. It shows that typical one per centers are in fact not the well-known billionaires who populate the Forbes rich lists.

Using the United States Federal Reserve Survey of Consumer Finance, management professors Michael Carney and Robert Nason challenge our assumptions by demonstrating that there are significant differences within the supposedly elite group.

“Contrary to popular belief, the typical one per cent household doesn’t have wealth reflective of popular rich lists,” says Carney. “It actually earns most of its money from the ownership and management of small- to medium-sized businesses, many of which are family-run.”

“Our results correct the common misperception that the one per cent of wealthiest Americans are a small group of obscenely rich individuals. It is actually made up of 1.6 million households with widely varying levels of wealth,” Carney says.

‘The role of one-percenters in economic inequality’

According to the Federal Reserve survey, the threshold for being included amongst this elite group is $8.5 million in net worth. At the midpoint, household wealth is $29 million — still a substantial amount of capital, but nowhere near the billionaires’ lists.

Further, Carney and Nason’s data analysis shows that the major assets of three quarters of the wealthiest one per cent are actually tied up in owner-managed businesses. As a result, their largest asset is often their business – which is productively invested, provides jobs, and stimulates economic growth.

Contrast that with the language of anti-inequality social movements, such as Occupy Wall Street, which implies that these individuals are intimately connected with “big-business” finance and large corporations.

“The depiction of the one per cent owning luxury yachts and vast houses tends to distort the reality of one per centers’ daily lives,” says Nason.

“Our study suggests that the typical one per center does not hoard assets in gold coins, but invests his or her wealth in fleets of trucks, construction equipment or medium-sized factories.”

The two researchers fully sympathize with those protesting against wealth disparities and do not seek to glorify wealthy households.

Indeed, their findings reveal financial instruments that are only available to wealthy households and dynastic intentions amongst the one per cent that may inhibit future economic mobility.

They do believe, however, that the debate about redistribution policies should take place with a better understanding of who the one per cent are — something that the present study provides.

“Inequality and the pursuit of a fairer, just society is one of the most critical issues today. But, blanket stereotypes of one per centers do little to address the issue,” says Carney.

“We hope to provide a more accurate picture so that meaningful solutions can be designed using the most accurate information.”

Partners in research: This study was funded in part by the Social Sciences and Humanities Research Council of Canada.