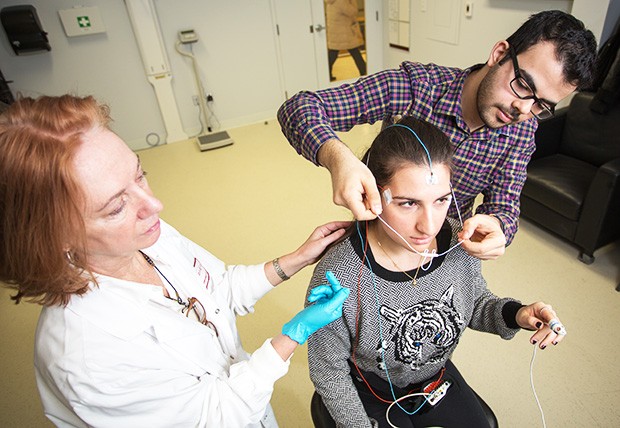 A recent Concordia study examined the sleep quality of 12 Concordia students as they went through the nerve-racking experience of finals. | Photos by Concordia University

There may not yet be a cure for insomnia, but Concordia researchers are a step closer to predicting who is most likely to suffer from it — just in time for World Sleep Day on March 13.

In their study published in Frontiers in Human Neuroscience, professor Thien Thanh Dang-Vu, from Concordia’s Center for Studies in Behavioral Neurobiology and PERFORM Center, and psychology professor Jean-Philippe Gouin, explore the impact of stress on sleep. Although researchers already know that stressful events can trigger insomnia, the experiment reveals why some people are more vulnerable than others to developing the condition.

Twelve Concordia students had their sleep cycles examined at the PERFORM Center sleep laboratory. Measuring students’ brain waves at the beginning of the school semester, the research team found that students showing a lower amount of a particular pattern of brain waves called sleep spindles were more at risk for developing insomnia afterwards in response to the stress of the exams. 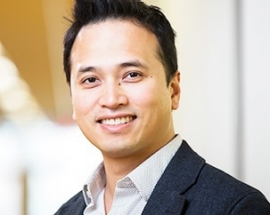 The brain — specifically the parts of the brain called the thalamus and cortex — produces electrical activities during sleep. On the monitors of measurement equipment, one of these activities appears as patterns of squiggly lines that scientists refer to as spindles.

In a previous experiment, Dang-Vu and his colleagues discovered that greater spindle activity helps sleepers resist waking, despite noise. The new study aimed to test whether there would be a similar relationship between spindles and stress.

The hypothesis proved true. “We found that those who had the lowest spindle activity at the beginning of the semester tended to develop more sleep disturbances at the end of the school semester coinciding with the period of preparations for final examinations,” Dang-Vu says.

“We are not all equally armed when facing stress, in terms of how we can manage our sleep. Some people are more vulnerable than others.”

So how do you get these better spindles? Are there meditation practices you can adopt? Will gyms begin introducing spindle classes? Unfortunately, there’s not a lot you can do at the moment, since spindles seem to be at least partially dependent on genetics.

But Dang-Vu, who is also a medical doctor and neurologist at the Institut Universitaire de Gériatrie de Montréal, says that exploring ways to improve spindles is another prospective area for research. Measuring spindle activity may also help identify people at risk of insomnia before the condition materializes.

In the meantime, we should all keep abiding by the habits already acknowledged to promote a good night’s sleep, Dang-Vu says. “Avoid sources of stress when going to bed, preserve the bedroom environment for sleep and not for work, and avoid stimulation. Find ways to relax before going to sleep.”