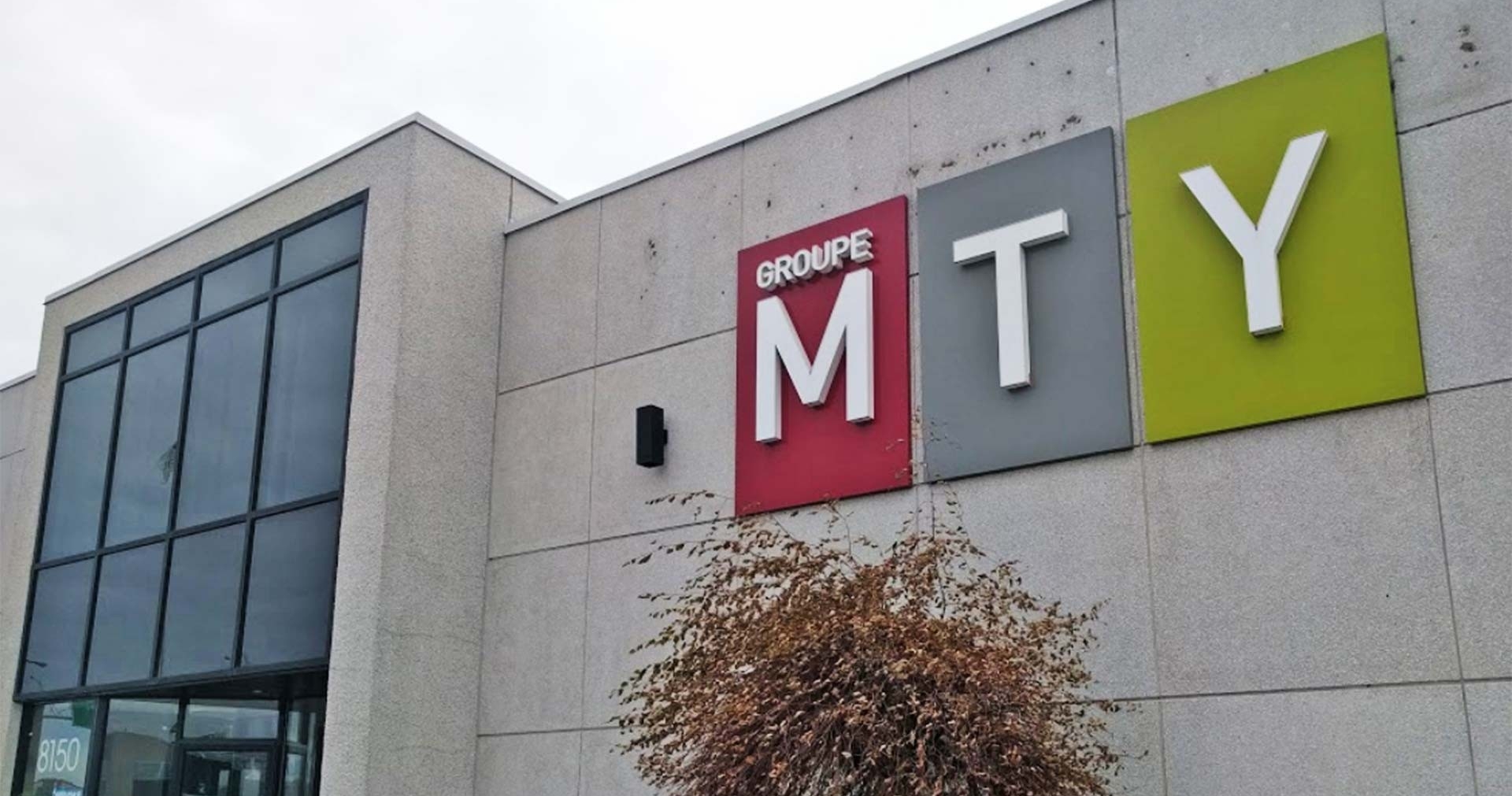 Ask most Concordians if they’ve ever heard of Bâton Rouge, Thaï Express or Café Dépôt and you’re likely to get nods of affirmation. Inquire about the Montreal-based company behind all these successful brands and you might need to serve up a few more details.

MTY Group is the second-largest restaurant franchisor in Canada, operating more than 70 brands and 6,000 restaurants under their worldwide banner. Founded in 1979, the brands that form MTY Group touch the lives of millions of people every year, and the company continues to grow through various acquisitions.

In July 2016, the organization made its largest purchase to date when it acquired Kahala Brands and its portfolio of 18 diversified franchises, including Cold Stone Creamery, Pinkberry and Planet Smoothie. Along with other dealings, MTY Group’s franchisee network generated close to $2.8 billion in revenues in 2018.

The company’s 700 employees include a large number of Concordia graduates, including several of its highest-ranking executives.

Here are three Concordia alumni who are making an impact at MTY Group. 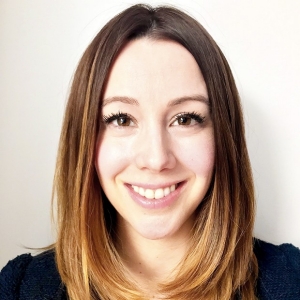 Elizabeth Lund, director of financial reporting, says one of her goals is to try to eat at every franchise under the MTY Group banner.

Elizabeth Lund, GrDip 11, first heard about MTY Group while working for Deloitte at the beginning of her career.

Lund’s future employer was one of her audit clients where she developed a relationship with Eric Lefebvre, GrDip 01, who became MTY Group’s chief executive officer in November 2018.

“It was my first foray into the company and it was incredible to realize how many brands they owned,” Lund says. “This was a company that was just right here in my backyard in Ville Saint-Laurent.”

Little did Lund know she would eventually join the organization as its first director of financial reporting in April 2017. Today, her responsibilities include overseeing MTY Group’s external financial reports, determining appropriate accounting treatments and policy choices, and working on any complex or non-routine transactions, such as business acquisitions.

She notes that her newly created role is indicative of a company that has grown significantly since she first completed her audit.

“It’s an organization that is very energetic — it’s fast-paced,” Lund says. “I could just see the endless possibilities in the company and that’s what enticed me to work here. I’m obviously very happy to be part of the organization.”

As a Concordia graduate student, Lund met many individuals in her program who would go on to specialize in various facets of accounting. The experience helped her to establish a network of peers she still calls upon whenever she works on something that falls outside her comfort zone.

“Some went into business valuation and some became tax experts,” Lund says. “You have the same fundamental training — similar thought processes — and that’s what is really nice when you leave.”

At the time of her graduation, Lund couldn’t have guessed she would be working for a Canadian franchisor because it’s such a specific industry. She does, however, see a connection between what she is doing now and her first job.

“I started off working in a quick-service style restaurant for a franchisee,” Lund recalls. “It’s kind of full circle that I would end up working for the company that would own the rights.”

“Have a strong foundation of the accounting standards — it’s mission critical to go into this role,” she says.

“It’s a job that requires a lot of independent research and a strong desire to continuously learn. Standards continuously evolve and so can the expectations of your stakeholders and regulators.”

Not your typical nine-to-fiver 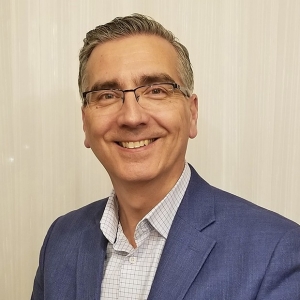 Peter Tsafoulias, director of franchising, casual dining, notes that MTY Group hasn’t even scratched the surface of the U.S. market yet.

After Peter Tsafoulias, BComm 86, completed his undergraduate studies at Concordia, he and a couple of classmates opened a small but successful car-stereo business called Auto Acoustics Inc., in Laval, Que.

But when the three partners teamed with another friend to open a jet-ski company in Margarita Island, Venezuela, things didn’t go as planned.

“Unfortunately, we lost our shirts because there was a military upheaval that happened back then,” Tsafoulias recalls. “Within a six-month period, we went from tourism — thousands of people — to curfews at night.”

The country’s political instability put a stop to his plans to do business and move to Venezuela, but it didn’t discourage Tsafoulias from pursuing different ventures throughout his professional career.

Now the director of franchising, casual dining, at MTY Group, he regularly puts in 10-hour days, including some weekends, to help individuals achieve their dreams of owning a franchise. Tsafoulias is a strong advocate for mentorship and attends several motivational conferences each year.

“I take more time than maybe some others do to vet people properly — to make sure that they really understand what they’re looking to get into, especially if they’ve never been in the restaurant business,” Tsafoulias explains.

“There’s always a personal satisfaction overseeing and facilitating people’s success. At the end of the day, if they’re successful, we’re successful.”

Tsafoulias’ background in the restaurant industry long precedes his time at MTY Group. While growing up, his father and uncles owned restaurants and regularly worked 14 to 16 hours per day.

He also dedicated more than 10 years of his career at Imvescor Restaurant Group Inc., a franchising and licensing organization that focused on the family and casual-dining industry. MTY Group acquired the company in March 2018.

“My father never wanted me to get involved in restaurants,” Tsafoulias says. “I was the only child, so it was a big thing to finish university.”

While at Concordia, he remembers taking a real estate course with Pierre Sevigny, a former federal associate defence minister.

“I connected with his real-life stories and examples, as opposed to having somebody who is teaching out of a book,” Tsafoulias says.

More than anything, Tsafoulias appreciates the diverse community he found at Concordia during his studies.

“You were able to socialize with a lot of different people that had many exciting things going on,” he notes. “It was fun and Concordia has evolved since my days — it’s become a recognized business centre.” 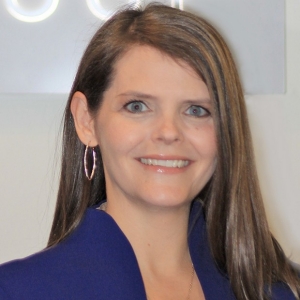 Renée St-Onge, chief financial officer at MTY Group, advises students not to give up in the face of adversity: “I am where I am today because I persevered through those little downfalls.”

When Renée St-Onge, BComm 02, GrDip 04, turned down an offer of a senior accounting position at MTY Group, she never expected to hear back from them, even though they said they would keep her resumé on file.

Two years later, Eric Lefebvre called to ask if she would like to become the company’s new controller.

“I was extremely, extremely surprised,” St-Onge recalls. “Most of the time, you expect them to throw your resumé out in the trash. Eric kept his word and the right position came up.”

Now the chief financial officer at MTY Group, St-Onge’s career path began as a senior accountant at Raymond Chabot Grant Thornton. From there, she worked for more than five years as a manager of corporate accounting at Bell Canada.

When the senior accounting position at MTY Group came up, she was interested in the company but admits the timing wasn’t right for her to make the leap.

“I wasn’t unhappy at Bell — I just knew that it wasn’t going to be my long-term trajectory,” St-Onge says.

“It’s only really when Eric called me that I said, ‘You know what? This is it. This is where I see myself.’ The things that he was offering — the variety of tasks that I was going to oversee and the trajectory that I saw MTY heading toward — I thought this is the company that I want to work for.”

In her new role, St-Onge manages teams in the company’s Canada and U.S. offices who review all month-end operations, including all financial statements, as well as management discussion and analysis. When an acquisition occurs, her employees make sure the transition runs smoothly from an accounting perspective.

She is also in charge of implementing new International Financial Reporting Standards at MTY Group.

“I’ve known that I wanted to be an accountant since probably the middle of high school,” St-Onge says. “I was always a numbers girl, and my father was also in finance and accounting. He guided my career trajectory in some part.”

Looking back on her time at Concordia, St-Onge was grateful for the flexibility her program offered to take courses and get professional experience simultaneously. Once she was out of school, her experience at university helped her feel more prepared to approach the working world.

“What I loved about Concordia was its diversity,” St-Onge notes. “Yes, there were some amazing teachers — the classes were great — but it’s the diversity, for me, that stood out.”