An underdog from Pluto

After many evenings and weekends spent hunkered over a desk, Concordia grad Christopher DiRaddo, BA 98, has emerged with his first novel. 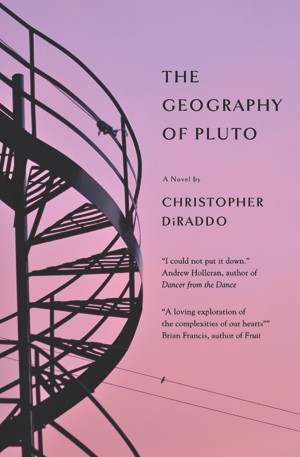 The Geography of Pluto (Cormorant Books, 2014) took nearly 14 years to complete. It is now on retail bookshelves — and online.

“The book deals with a moment of surprise,” says DiRaddo, who works as a writer and content editor at the CBC in Montreal.

“I went through a breakup. Something I used to think was true wasn’t anymore.”

This change in reality is reflected through the fictional book’s protagonist, a young geography teacher named Will. The work, which employs a non-linear storyline, moves between periods surrounding the character’s breakup.

The protagonist — who is gay — also grapples with revealing his sexuality to his mother. In the novel, the mother battles colon cancer.

“I wanted to write about that fine line where you’re close with a parent, yet can’t tell them something very important,” says DiRaddo, who came out as gay when he was 20.

“I think it’s a really unexplored area, the relationships men, in particular gay men, have with their mothers,” says DiRaddo.

An excerpt from the book reads: “I’d imagined many times how I’d tell her, what I’d say, yet here I was, unprepared and unscripted, sitting on the edge of her hospital bed, tripping on the words as they came out.”

The novel features colourful characters and is set in and around Montreal’s Plateau and Gay Village neighbourhoods. Familiar landmarks abound. 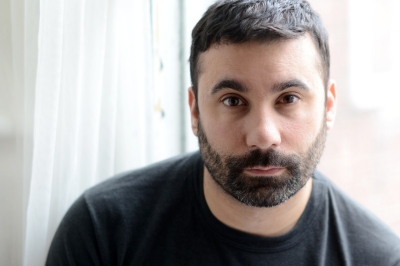 “I wanted to capture Montreal for people who don’t live here,” says DiRaddo. “I also wanted to show a different view of Montreal.”

What about Pluto? “While I wrote the book, Pluto’s status as a planet was stripped,” says DiRaddo. Pluto is now categorized as a dwarf planet.

“Pluto represents the underdog, the outsider,” says DiRaddo. “It captivates the imagination – it’s something we’re still learning about, and can learn from.”

DiRaddo gained invaluable knowledge and experience while at Concordia, where he studied in the Department of Journalism.

“I took several queer studies courses,” says DiRaddo. “I was arts editor of The Concordian for a year. My Concordia experience was wonderful.”

The wall facing his desk holds a quote from Thom Waugh, a professor at Concordia’s Mel Hoppenheim School of Cinema: “If a writer is not offending his friends, family and country, he is not doing his job.”

“It told me the most important thing is to tell the truth,” says DiRaddo. “At first I was worried about my parents reading the sexual content of the book.”

After deliberating, DiRaddo decided to leave the book’s racier scenes intact. DiRaddo humourously writes about the predicament in an article published in The Globe and Mail.

DiRaddo will read from his novel as part of The Magical Evening with Canadian Authors series on June 14. The outdoor event takes place at 4845 Westmount Ave., Westmount, Quebec.