They travelled from Ottawa, Toronto and even Bermuda and Dubai to reunite with classmates and professors during Homecoming 2013 festivities. 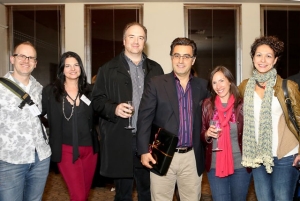 Maziar Bahari (third from right) with some of the alumni who attended his talk | Photo credit: Joe Dresdner

Headlining the program was former Newsweek reporter Maziar Bahari — captured and tortured in Iran following the 2009 election protests — at the Resolute Forest Products Lecture on October 4.

The author and filmmaker, a 1993 graduate of Concordia’s Department of Communication Studies, was interviewed by Paul Karwatsky, BA 04, anchor for CTV News Montreal.

Bahari described the emotional toll of solitary confinement and the bizarre relationship with his captors during the 118-day experience.

The Daily Show’s Jon Stewart has since turned Bahari’s memoir into the feature film Rosewater, set for release next year.

Listen to the podcasts:

Graduates of the classes of 1953 and subsequent years ending in three and eight were celebrated for their milestone anniversaries at the President’s Homecoming Dinner on October 5 at the Westin Montreal.

Concordia president Alan Shepard welcomed 140 alumni. “Once a Concordia student, always a Concordian. You are all a key part of the Concordia family,” he said.

"Every year at Homecoming, I am content with remembering that my Concordia experience didn’t end after graduation," said Sherin Al-Safadi, MBA 10, board member of the Concordia University Alumni Association.

"It's about celebrating the spirit and sense of belonging that makes our alma mater so unique. I am proud to commemorate this with past and present fellow Concordians," she said.

Graduates of the Faculty of Arts and Science were offered a tour of the Centre for Structural and Functional Genomics, with its nifty robots, and presentations on related research. 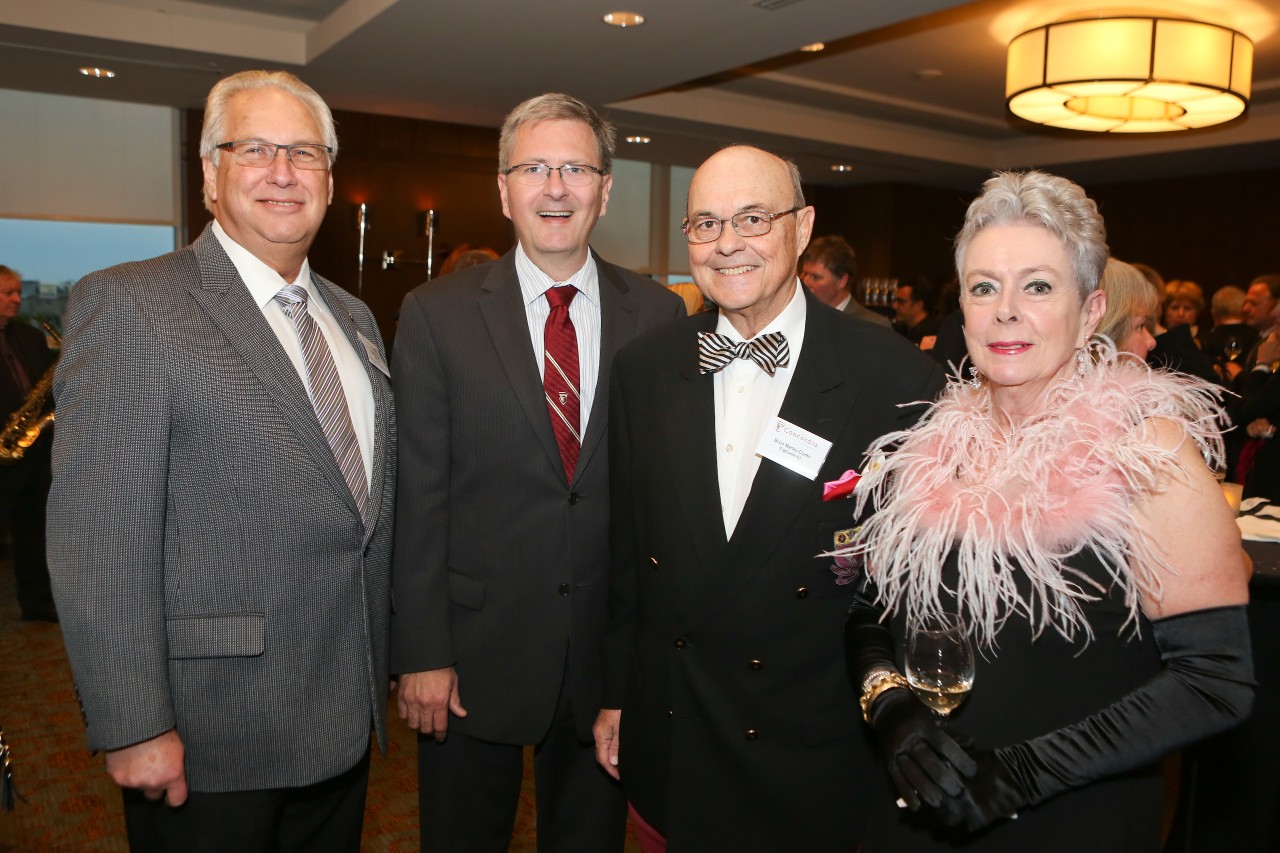 Alan Shepard and alumni at the President's Reunion Dinner

A panel discussion of artists and educators engaged Faculty of Fine Arts grads. It was organized with Concordia's FOFA Gallery, the Drawing LAB Dessin and Concordia’s Sol LeWitt project.

Graduates of the Faculty of Engineering and Computer Science networked after a tour of facilities, including the new Google Earth flight simulator, the environmental chamber and the solar simulator.

Loyola alumni and friends kicked off their reunion with a tour of the new Loyola Jesuit Hall and Conference Centre, formerly the Refectory. The program included reflections by Gavin Foster of the School of Canadian Irish Studies, on the Irish revolution and its legacies. 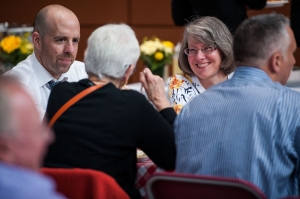 Benoit-Antoine Bacon chats with alumni at the Au Revoir Breakfast

On Sunday, Concordians capped off the weekend at the Au Revoir breakfast. Attendees had the opportunity to mingle, while breakfast was a foodie’s delight of pancakes, eggs and granola.

Benoit-Antoine Bacon, BA 95 and Concordia’s new provost and vice-president, academic affairs, looked back at his own time at the university: “I came to Concordia as a shy, French boy and came out a citizen of the world.

Bacon reminded alumni about Concordia’s growing importance on the national and international research scene and how its number of students has grown exponentially to 46,000.

Daniel Yee, BA 73, attended from Toronto for his 40th anniversary with fellow classmate Lawrence Gales, who came from Ottawa with his wife. Homecoming 2013 was Yee’s first as an alumnus, whereas Gales had attended five years ago for his 35th reunion.

After breakfast, alumni were invited to take a trip down memory lane with tours of the Loyola and Sir George Williams campuses. It was a good way to remember the old and see firsthand what’s new at Concordia.

Homecoming festivities are co-organized by Advancement and Alumni Relations and sponsored in part by the Concordia University Alumni Association.