The Concordia Alumni Women and Leadership program empowers women graduates to connect, share professional experiences and expertise, and learn from each other.

In this series, meet leaders from among Concordia’s nearly 100,000 alumnae who fill the ranks of business, media, engineering, science, the arts, humanities and more. 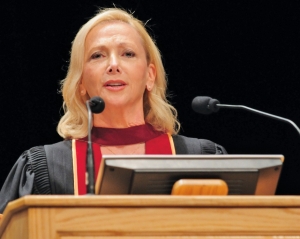 Organized by the Women’s Executive Network (WXN) every year, the Canada’s Most Powerful Women: Top 100 Awards is the country’s most recognizable event for women in the private, public and not-forprofit sectors.

At the 2019 gala in Toronto, Christiane Germain, LLD 13, was inducted into WXN’s Hall of Fame. Germain is the co-founder and copresident of Groupe Germain Hotels, a family-run business. Together with her brother, Jean-Yves Germain, she has successfully grown the business to include three hotel banners: Le Germain, Alt and Alt+, with hotels from Calgary to St. John’s.

Germain’s efforts on behalf of her industry have been recognized by many. She is a member of the Order of Canada and l’Ordre national du Québec. Germain also dedicates a lot of her time to various social and charitable causes, and is the chair of the board of directors of the Musée national des beaux-arts du Québec. 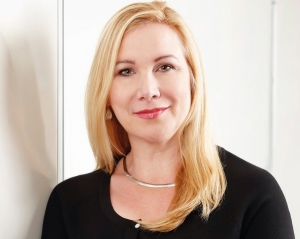 The entrepreneurship and strategy professor was selected in the Public Sector Leaders category, which honours women who hold senior positions at public sector organizations across Canada.

In 1999, Cukier founded Ryerson’s Diversity Institute, which seeks to advance women and under-represented groups in the workplace. She has helped firms become more inclusive through programs such as DiversityLeads — her work helped inform Canada’s Bill C-25, which introduced amendments to the Canada Business Corporations Act with regard to the disclosure of the diversity of boards and senior management of federally incorporated public companies.

Germain and Cukier join a network of 1,214 women who have been honoured since the Canada’s Most Powerful Women: Top 100 Awards was inaugurated in 2002.