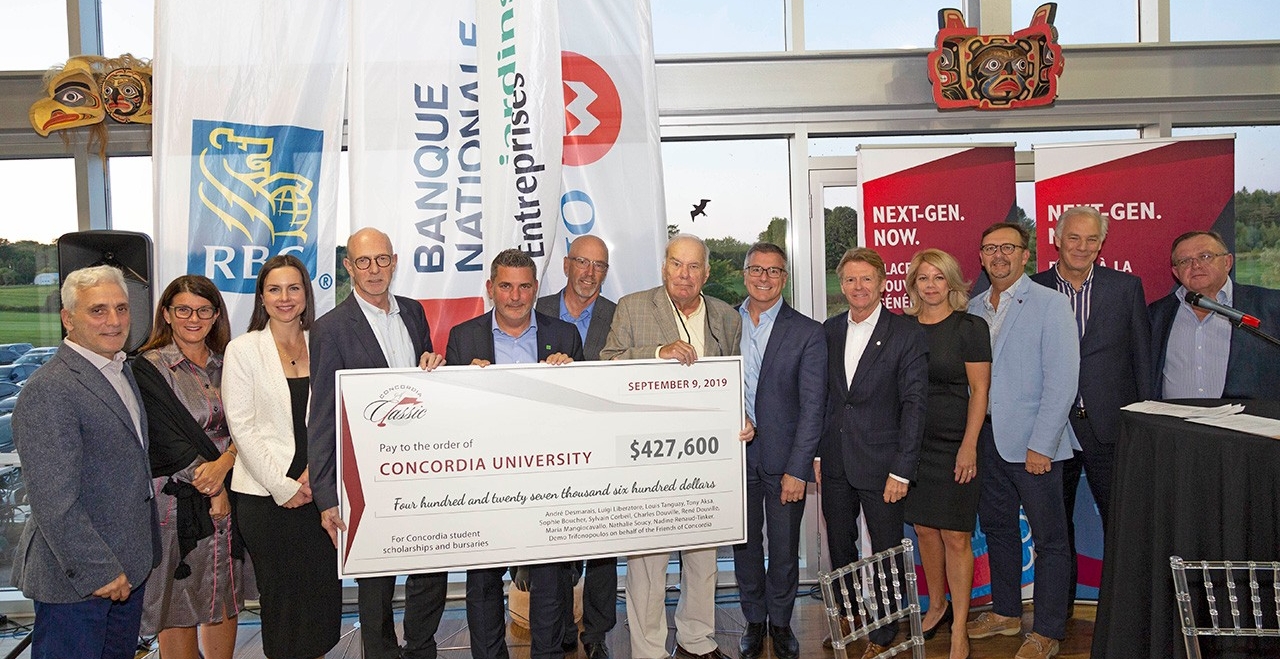 One of the university’s most anticipated fundraisers, the annual Concordia Golf Classic tournament and dinner, eclipsed past milestones with an impressive $427,600 raised on September 9.

The record tally ensures that promising students benefit from university scholarships and bursaries. Thanks to the support of sponsors and participants, the event has raised close to $6 million since its inception in 2004.

To date, more than 1,000 students have benefited from Concordia Golf Classic scholarships and bursaries.

“Bursaries often mean the difference between staying in school and dropping out,” says interim Concordia President and Vice-Chancellor Graham Carr. “Some recipients are adult students, are married, have young kids or care for aging relatives. Education can be a risky investment. Financial aid makes it a sounder one.”

Golf Griffon des Sources in Mirabel, Que., was once again the host site for the gathering of business leaders, alumni, donors and friends of Concordia, many of whom were repeat guests.

Award recipient Olivia Herron described how financial assistance from the Golf Classic helps students get out of the rough.

“While studying full time [at Concordia’s Faculty of Arts and Science], I volunteer for a local crisis line, run therapeutic and educational programs for teen mothers and sit on the board of an anti-racism education organization,” she says.

“I hope to pursue a career in counselling psychology and work with young families and single parents. In the past, there were times I’ve had to pause my studies due to financial strain, so I appreciate how privileged I am to have your support to continue my work.”

Funds raised at the Golf Classic will contribute to the Campaign for Concordia. Next-Gen. Now. The university’s most ambitious campaign to date aims to raise $250 million to deliver next-generation teaching and learning to Concordia students.