Concordia’s new registrar brings experience and enthusiasm to her role 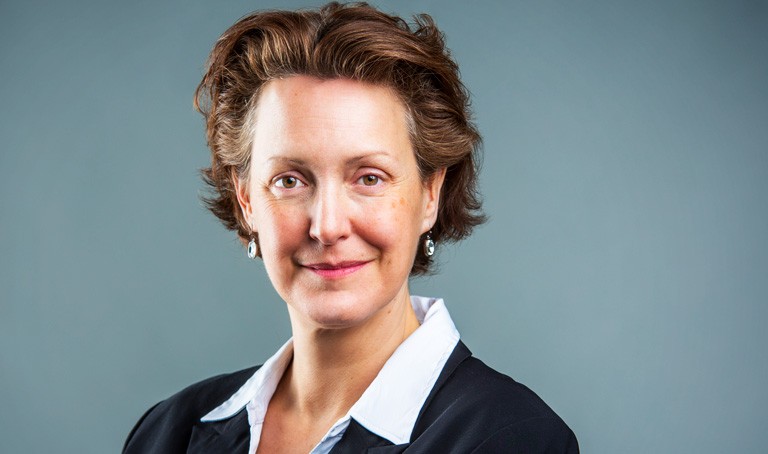 Stéphanie de Celles: “I like working in a university environment. I find it uplifting.”

The role of Concordia’s registrar is multi-faceted. Responsibilities include the oversight of the Student Information System (SIS) and student academic records and transcripts.

Stéphanie de Celles will begin as the university’s new registrar on April 1, replacing Ilze Kraulis, who has been serving in the position on an interim basis since May 2018. Kraulis will return to her role as associate registrar.

De Celles arrives at Concordia with more than two decades of experience in post-secondary administration. She has been registrar at Polytechnique Montréal since 2011 and prior to that was registrar at École de technologie supérieure (ETS) in Montreal for two years.

Among her many tasks for Enrolment Services, de Celles will supervise the Office of the Registrar, deal with issues relating to strategic enrolment management and student registration and oversee the effective operation of classrooms, scheduling and the examination timetable.

She will report to Anne Whitelaw, deputy provost and vice-provost of Planning and Positioning.

“With her extensive experience, educational background and enthusiasm, I’m certain Stéphanie de Celles will be a wonderful fit as Concordia registrar,” Whitelaw says. “I’m looking forward to tapping into her expertise to help us advance the university’s strategic goals.”

De Celles earned a BEng in chemical engineering from École Polytechnique in 1990 and an MSc in organizational development from Université Laval in 2015. She currently chairs the sous-comité des régistraires of the Bureau de coopération interuniversitaire.

How do you describe the role of a university registrar?

Stéphanie de Celles: The registrar is the person who keeps the registration records. The role dates back a long time.

I always say that a registrar has a peculiar job because you’re somebody who works behind the scenes — if nobody hears about you, it’s good because you usually have to take care of problems. At the same time, you’re a central person because every university has to have a registrar by law in Quebec and I think in most parts of the world.

The core role is managing and preserving the integrity of the student file and then ensuring that the official documents, like diplomas and transcripts, conform to the rules of the university. In Quebec, we have a lot of reporting to government because we’re a public university. We get our funding based on what we report, so we have to be really sharp on that.

How will your role be different at Concordia than from your prior experience?

SdC: The big difference is coming to a much bigger place, a multi-faculty university. I worked at Université de Montréal for a couple of years, my first management experience, but I wasn’t the registrar there.

I’ve been registrar at ETS and Polytechnique, which are smaller schools. Coming to Concordia is a big step for me because I’m going to be running the show with a lot more students — we had 8,000 students at Polytechnique and there are more than 50,000 here.

This will be your first job at an English institution. What are your thoughts on that?

SdC: It’s going to improve my English! My first job in engineering was at an English consulting firm, so it’s like going back to my roots. It will be a challenge and I know there’s a cultural difference, but I’m looking forward to it.

What are your goals and what do you expect will be your biggest challenges?

SdC: I’d like to bring the Office of the Registrar team to a peaceful level of functioning because there have been many changes in recent years, including to the SIS. I went through SIS changes at other universities, and I’ve never seen anywhere that it went smoothly. I think we’re going to have to look at the processes.

They probably chose me because I had the experience but also because I have an outsider’s view, and it’s sometimes a good thing to look at a situation in a different way.

My future boss, Anne Whitelaw, talked about the SIS, exams, invigilation, scheduling and classroom management as some of the matters we have to look into.

The good thing for Concordia and for me is I know the job. I always say all registrars’ offices look alike because there’s really a core role that repeats everywhere.

How did you go from being a chemical engineering graduate to a registrar?

SdC: I was a consulting engineer, then I was a CEGEP teacher, which brought me to the education field. Then I moved to a university. I got my first management job, in continuing education, at Université de Montréal, and it was like being a small-scale registrar for one faculty. Then I moved up the ladder.

I was at an ARUCC [Association of Registrars of the Universities and Colleges of Canada] conference in Montreal in 2006 — I was not even a registrar then. There was a workshop with the title, When I Grow Up I Want to Be a Registrar. That was a joke, because nobody says that — you always end up there by accident.

Is there anything from your engineering education that you’ve been able to use in your career?

SdC: Being an engineer is a good thing for me because I have a process view of my operations — I’m a process person. I have a good comprehension of the way processes should go and how to improve them.

I also completed a master’s in organizational development in 2015. I thought, since I’m a manager now maybe I should go and get some management tools. That was fun.

What are you looking forward to at Concordia?

SdC: Working in English will be a good challenge for me. Polytechnique has a lot of international students, and I know Concordia also does — I like that. I like working in a university environment. I find it uplifting. You’re always around young people — my kids are about that age — and it keeps you young.

On a professional level, I’m looking forward to working with the SIS and the software being used here for scheduling. And I like the fact there’s an SIS team at the registrar’s office, which is not the case at every university.

Are you looking forward to working downtown?

SdC: Yes, I am. I tell people that I’m changing sides of the mountain.