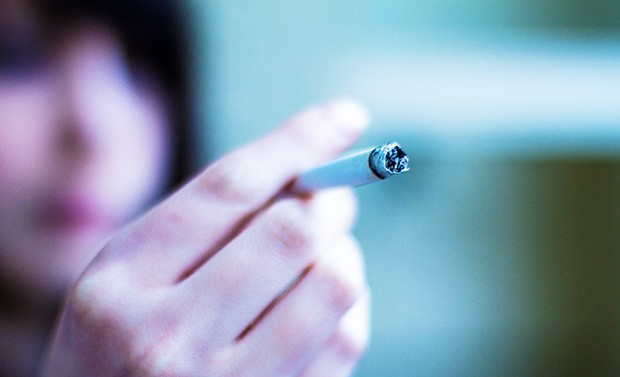 There are fewer smokers in the current generation of adolescents. Current figures show about 25 per cent of teens smoke, down dramatically from 40 per cent in 1987.

But are those who pick up the habit doing so because they have a negative self-image? Does the typical teenaged smoker try to balance out this unhealthy habit with more exercise? And if so, then why would an adolescent smoke, yet still participate in recommended levels of physical activity?

A recent study, conducted in part at Concordia and published in Preventive Medicine Reports, sought to answer questions like these.

The research was based on survey results from 1,017 young people — smokers and non-smokers, mostly aged 16 or 17 — whose level of physical activity was compared to current Canadian Physical Activity Guidelines and Canadian Sedentary Behaviour Guidelines.

“Shame is tied to self-perception and self-esteem, and reflects a negative evaluation of the self. Guilt has more to do with your actions and reflects a negative evaluation of a specific behaviour — in this case, smoking. Guilt may elicit reparative action such as being physically active, and it may be what is driving young smokers to get moving.”

But the compulsion to exercise exhibited by the smoking test subjects tended to be tied to a desire to bulk up, especially in males.

In fact, the study’s findings reflect a trend among young men who desire a more muscular physique: a higher percentage of the active smokers were indeed male, and reported trying to gain weight.

“The irony is that the smoking might actually hinder muscle gain,” says O’Loughlin. “Evidence has shown that smoking leads to more visceral fat in the stomach area.”

Teenaged girls are still more likely to see tobacco as an appetite suppressant. What they often fail to recognize is that going for regular brisk walks can reduce cigarette cravings and help them attain a healthy weight at the same time.

While the proportion of teenaged smokers has declined in the past few decades, this drop levelled off in recent years.

O’Loughlin says that one promising route to smoking prevention and cessation may be through an increase in physical activity, and that public health practitioners should continue to encourage all young people to exercise more often.

“Both the active smokers and active non-smokers in the study did about the same amount of physical activity — so teenagers shouldn’t be discouraged from exercise just because they happen to smoke. If they discover that it helps them reduce cigarette cravings, they are on the right track.”

Partners in research: The study was supported in part by the Canadian Cancer Society and the Institut national de santé publique du Québec. This work was in collaboration with the Université de Sherbrooke, the Université de Montréal and the University of Toronto.