Ethiopian sci-fi and ant-sized superheroes: Fantasia is back! 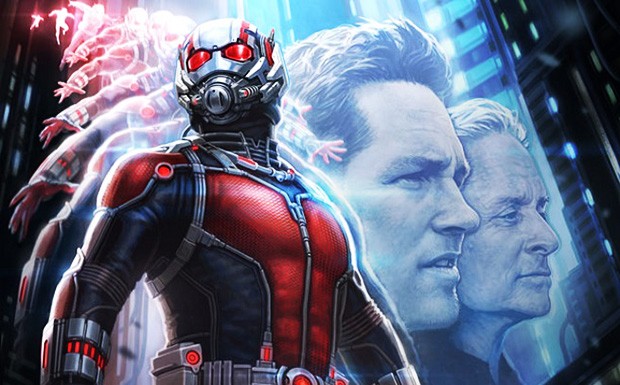 The Montreal premiere of "Ant-Man," the latest offering from Marvel Studios, will screen on the opening night of the Fantasia International Film Festival. | Image courtesy of Marvel Studios

The 19th annual Fantasia International Film Festival kicks off Tuesday, July 14 and, as one of its main partners, Concordia is getting ready to once again host dozens of screenings along with a handful of important industry events.

Katie Gilkes, cinemas manager at Concordia, says it takes months to get ready for the festival’s arrival. “The more challenging aspects are what happen outside of the movie screenings. But we work hard to make sure we’re ready because the satellite events are really important for its success.”

One of the festival’s main draws is its film market, the Fantasia Industry Rendez-Vous, held in the Engineering, Computer Science and Visual Arts Integrated Complex (EV). Inaugurated in 2012, the meet-up is a key networking opportunity for aspiring filmmakers. Last year, it hosted more than 375 participants, up 30 per cent from the previous year.

Both the Sir George Williams University Alumni Auditorium (H-110) and the J.A. DeSève Cinema recently underwent extensive renovations and technical upgrades. But this is the first year the university will be using its own equipment to screen 3D films during Fantasia.

For the last two years, Concordia had been borrowing active 3D glasses from XPAND 3D but, for the 2015 edition of Fantasia, Gilkes opted to purchase the equipment. By doing so the technology will be available to film students throughout the year.

“There are some professors who really want to teach with 3D film,” she says. “So the film school shared the investment. They agreed that it would be a good thing.”

Gilkes says Fantasia’s organizers are overjoyed that Concordia is now equipped to show 3D films in both H-110 and the J.A. DeSève Cinema.  “It’s a major draw for them. They screen at least three or four 3D films throughout the festival and they're always packed. The audience absolutely loves them.” 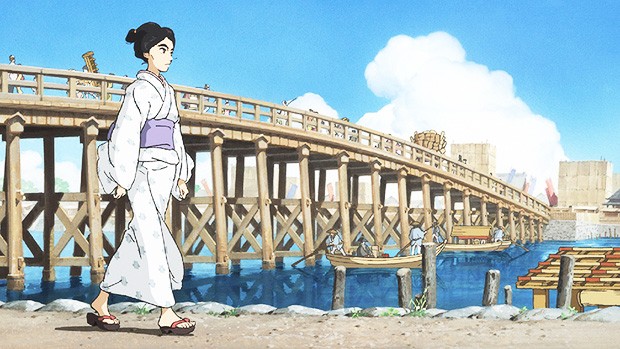 Fantasia will get underway with the North American premiere of "Miss Hokusai." | Courtesy of Asahi Shimbun

What’s on this year

The two-week long festival gets underway with the North American premiere of Miss Hokusai. Directed by Keiichi Hara, the animated feature tells the story of one of Japan’s most iconic artists, Katsushika Hokusai, and his daughter, who strongly influenced his work.

Also scheduled for opening night is the Montreal premiere of Ant-Man, the latest offering from Marvel Studios. Directed by Peyton Reed, the action film stars Paul Rudd as Scott Lang, a master thief who transforms into Ant-Man, and Michael Douglas as his mentor, Dr. Hank Pym.

There are plenty of quintessentially Fantasia-flavoured offerings screening this year, among them the Canadian premieres of Ethiopia’s first ever sci-fi feature, Crumbs, and Deathgasm from New Zealand’s Jason Lei Howden, billed as a “splatter-comedy-horror-monster-demon-freakout.”

Concordia films at the fest

This year, 22 short films by Concordia students and recent graduates will be screening over the course of the Fantastique Week-end du cinéma québécois, one of Fantasia’s mainstay sections.

Concordia film student Catherine Dubeau’s animated short Kaleidoscope will have its official world premiere at the festival. The film begins with a bored-looking character yanking a fish out of a pond and holding it up for closer inspection.  An eyeball falls out of the fish’s mouth and lands on his lap. He gasps as the disembodied eye blinks up at him.

The basic plot of the film is straightforward — a man finds an eye that changes his point of view. But the young filmmaker, who just completed her third and final year at the Mel Hoppenheim School of Cinema, says she wanted to explore her film's main theme with considerable depth.

“I didn’t want it to be only about changing how you see your physical world, but how sometimes you need a push from the outside to change your perspective on people, or events, or just the way you understand things.”

Another animated short, Last Dance on the Main, by Aristofanis Soulikias, tells the story of a colourful building at the south-end of Montreal’s fabled Saint-Laurent Boulevard that has so far resisted redevelopment.

“I was imagining burlesque dancers on the roof celebrating their victory while the bulldozers were running away,” says Soulikias, who took a leave of absence from his career as an architect to return to Concordia to study animation. “That became the last scene of the film.”

Soulikias decided to employ silhouette animation, pioneered by German filmmaker Lotte Reiniger in the early 20th century. “I thought I would combine it with drawing, but I was taken by the technique,” he says. “A lot of things were decided on the spot.”

Since completing Last Dance on the Main last year, Soulikias has shown it at more than 20 festivals around the world. It was included in TIFF’s Student Film Showcase at Canada’s Top Ten Film Festival in January. “I’m really excited about it. It kind of vindicates me — I took a risk pursuing these studies, and something came out of it.”

Also screening during Fantasia is the Quebec premiere of Clément Rodrigue’s Jade, a light-hearted short about a young girl’s infatuation with her older sister’s adolescent boyfriend.

The Concordia student’s short film won this year’s Fantasia Award. Established in 2013 as part of the partnership between the University and the festival, the award is presented annually to a Mel Hoppenheim student in film production or animation. It comes with a $1,000 bursary and a screening at Fantasia.

The other short films by Concordia students screening during the festival are:

As well, alum Stephen Campanelli (BFA, 83) will be hosting the world premiere of his directorial début, Momentum, at Fantasia this year. A veteran Hollywood cameraman, Campanelli has more than 90 major credits, including most of Clint Eastwood's films.

For the first time this year, Concordia will host a free outdoor screening during Fantasia in the FOFA Gallery Courtyard on Ste-Catherine Street at 9 p.m. on Wednesday, July 15. The title of the film is yet to be announced. Marc Lamothe, co-director of the festival, will address the students in the Faculty of Fine Arts class on Montreal’s festival culture beforehand.