Ted Stathopoulos: ‘Teaching and research are my two pillars’

This week, Concordia’s world-class expert in building aerodynamics has landed an honorary doctorate from Eindhoven University of Technology
|
By Tom Peacock 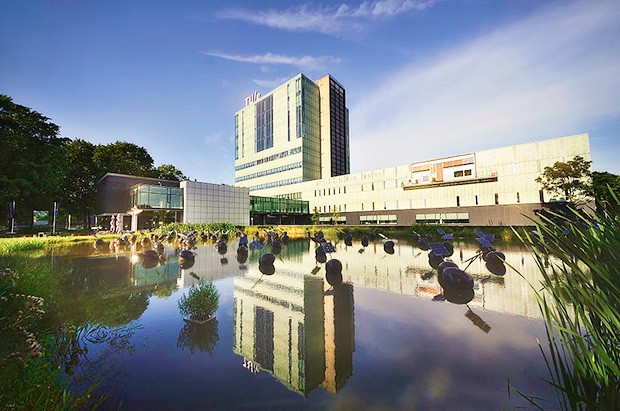 Concordia professor Ted Stathopoulos will be awarded an honorary doctorate from Eindhoven University of Technology (TU/e) in the Netherlands. A symposium is also being held in his honour on April 29.

Ted Stathopoulos, a professor in Concordia’s Department of Building, Civil and Environmental Engineering (BCEE), embarked on his first research project when he was just a toddler.

Noticing how the crack between a door’s two hinges got smaller when it was closed, Stathopoulos decided to conduct an experiment: “What’s going to happen if I put something in that gap? How will the cleaning lady close the door?”

But he was, after all, only two-and-a-half. “I didn’t think of putting something in there like a pencil or a pen,” Stathopoulos says, laughing and holding up a permanently misshapen index finger. Although this particular experiment landed him in the hospital, he was undeterred.

On April 30, by unanimous decision, Stathopoulos will be awarded this year’s honorary doctorate from Eindhoven University of Technology (TU/e) in the Netherlands. A symposium is also being held in his honour on April 29. 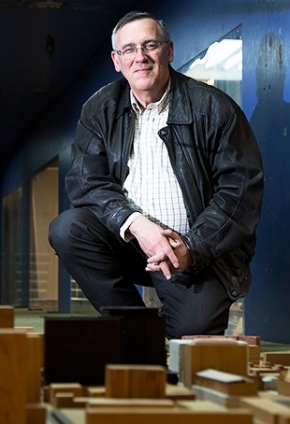 “Wind is our friend and our enemy,” says Ted Stathopoulos. | Photo by Vincenzo D'Alto

The award committee cited his lifelong contribution as “a top researcher in the field of wind engineering and building aerodynamics.”

It’s the second honorary doctorate for Stathopoulos — he won the other in 2011, from Aristotle University of Thessaloniki in his native Greece.

In 1970, Athens-born Stathopoulos completed his undergraduate studies at the National Technical University of Athens. Prior to departure, he asked a favourite professor for advice on what specialty to pursue. The answer? “Don’t do earthquakes! We have too many experts… But how about wind?”

So, in 1973, Stathopoulos came to Canada to pursue graduate studies at the University of Western Ontario with noted wind engineer Alan Davenport.

One day, the doctoral candidate received a letter from a university in Montreal: pioneering engineer Paul Fazio wanted Davenport’s protégé to come to Concordia and develop expertise in building dynamics and wind effects on buildings.

Soon after his arrival at Concordia in 1979, Stathopoulos set to work establishing a new workspace. It was a major undertaking, and the Building Aerodynamics / Wind Tunnel Laboratory has been his very productive home away from home ever since.

Currently located in the basement of Concordia’s Engineering, Computer Science and Visual Arts Integrated Complex (EV), the lab is equipped with the only atmospheric boundary-layer wind tunnel in Quebec.

It allows for computational analysis and the precise study of wind loads, airflow around structures, pedestrian-level winds and the dispersion of pollutants.

In other words — this isn’t just an air chamber with a fan at the end of it, says Stathopoulos.

“Every university has three or four wind tunnels, to check air foils, wings and so on. But to represent the actual wind effects is very different, because the wind near the ground is hard to describe. You need a specialized facility for that.”

‘Wind is our friend and our enemy’

His work now forms the basis for the wind design of low-rise buildings in the National Building Code of Canada; it was also included in numerous iterations of the American National Wind Standard. But while Stathopoulos established his reputation on contributions to structural guidelines and standards, much of his current research relates to the environment.

He is a member of the Natural Sciences and Engineering Research Council of Canada’s (NSERC) Smart Net-Zero Energy Buildings Strategic Research Network (SNEBRN), which brings 29 top researchers from 15 universities across Canada together with experts from Natural Resources Canada and Hydro-Quebec. His colleague Andreas Athienitis directs the network.

“Wind is our friend and our enemy,” Stathopoulos says. “If we talk about structural loads or pedestrian-level winds — when the wind comes and breaks your umbrella — it's our enemy. But when we talk about the dispersion of pollutants around buildings, cleaning cities and producing energy, it's our friend.”

A committed professor, Stathopoulos has supervised more than 30 Masters and PhD theses projects, and earned several internal teaching awards. He credits his graduate students with much of his research success.

“My teaching and my research are my two pillars,” he says. “That’s what I’m interested in — in life.”

At the TU/e symposium in the Netherlands this week, 19 international scholars are presenting their research on wind engineering. The title of Stathopoulos’ keynote address is one he’s used throughout his career: “Wind Effects on Buildings and Their Codification.”

“I’m using the same title for that special lecture because that’s where my contribution has been,” Stathopoulos says. “I like dealing with real problems.”

Learn more about the Building Aerodynamics / Wind Tunnel Laboratory. Find out how Concordia became a leader in green building.