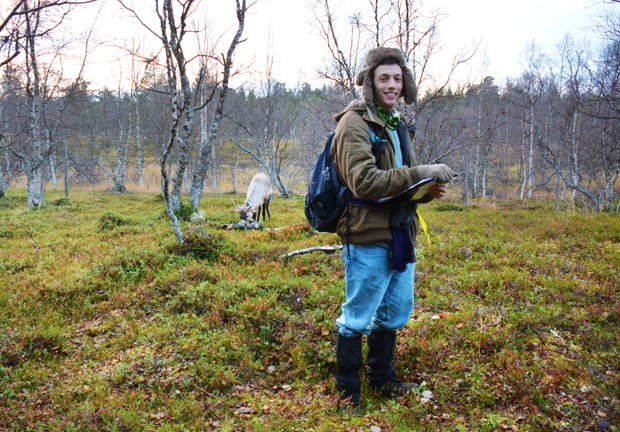 It's not just the people that make Newfoundland unique; it's the animals too — both the native species and those that come-from-away.

In fact, Canada's most easterly province has as many non-native land mammals as it does native ones. But that species diversity could be negatively affecting the island’s food web, according to new research from Concordia University and Memorial University of Newfoundland (MUN).

In a paper published by PLOS ONE, Concordia master’s student Justin Strong and MUN biology professor Shawn Leroux investigate the impact of non-native mammals like coyotes and moose on the ecosystem. Their results show that the introduction of foreign species has resulted in an increase in the proportion of prey per predator in Newfoundland’s food web.

“That means that predators like the coyote, a controversial and oftentimes unwelcome sight on the island, have a plethora of prey to choose from, which could result in an increase in the number of predators and a decrease in prey species,” says Strong.

For the paper, the researchers reviewed previous studies and investigated the timing of these introductions, as well as their position on the food chain, to build the first terrestrial mammal food web for the island of Newfoundland. It shows just how interconnected these animals have become. 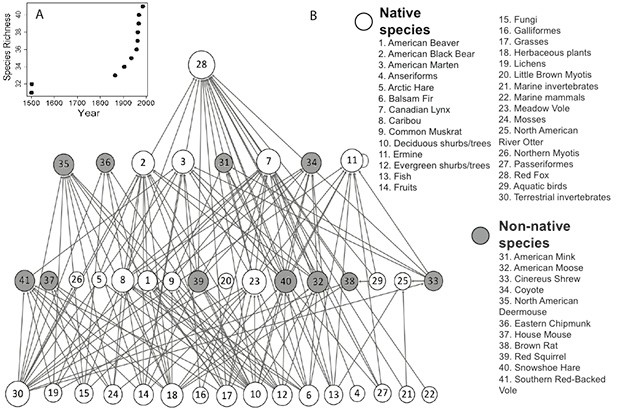 Throughout history, the rate of biological invasions has increased in step with our human footprint. In Newfoundland, that began in the late 15th century, with the introduction of the house mouse,” says Strong, who is now completing his master’s degree under the supervision of Concordia biology professor Robert Weladji.

“This increase in intermediate species, mediated by non-native species arrivals, led to an overall increase in the prey to predator ratio,” explains Leroux.

The positives and the negatives

He and Strong believe that the diverse prey base and sources of carrion caused by the increase in intermediate species may have helped predators like coyotes, which are often seen as pests, establish themselves more firmly on the island.

But this foreign animal presence has also resulted in positive outcomes for native species like the previously threatened American marten, a fox-like predator native to Newfoundland. There is evidence that the introduction of non-native prey species such as the southern red-backed vole has contributed to the marten’s recovery — welcome news to Newfoundlanders keen to save their native mammals from extinction.

Where does that leave the animals of the Rock in the long term? That remains to be seen. “Continued monitoring of the food web is required to understand and predict the impacts of diverse novel interactions that are developing in the terrestrial mammal food web of Newfoundland,” says Strong, who intends to keep an eye on the situation as he pursues his research at Concordia.

Partners in research: This study was supported by funds from the Natural Sciences and Engineering Research Council of Canada.

Learn more about the research going on in Concordia’s Department of Biology.