The economics of sport 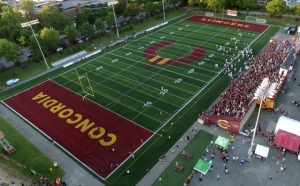 Moshe Lander, is an economics lecturer in the Faculty of Arts and Science. As a specialist in the economics of sport, Moshe provides knowledgeable commentary about topics ranging from government funding for sports infrastructure, to the impact a major league sports team has on local economies.

In the previous weeks, Professor Lander has spoken on a number of timely subjects with impact from coast to coast. This includes a recent interview with the Canadian Press about a bid by Halifax promoters to attract a CFL franchise to the city. The piece was picked up by The Globe and Mail, National Post, The Halifax Chronicle Herald, Global News, Inside Ottawa Valley, Info News, CKOM.com, CJME.com, with a additional pieces on CBC , Yahoo! Sports and Death Rattle Sports.

In addition, Professor Lander was quoted in a story by the National Post about municipal funding in Calgary for a new NHL arena in the city. The piece also appeared in the Vancouver Sun, News Summed Up, News Hound and with an additional piece in CBC Calgary.

Most recently, Professor Lander provided interviews about the Montreal Canadians and the impact their performance has had on tickets sales. Coverage included: CBC.ca, CTVnews.ca, Sportsnet, TSN.com, CJAD.com, Life in Québec and OurWindsor