Join us for a thought-provoking discussion with the 2019 Loyola Medal recipient, Dr. Samantha Nutt. The Loyola Medal is one of Concordia’s most prestigious honours. 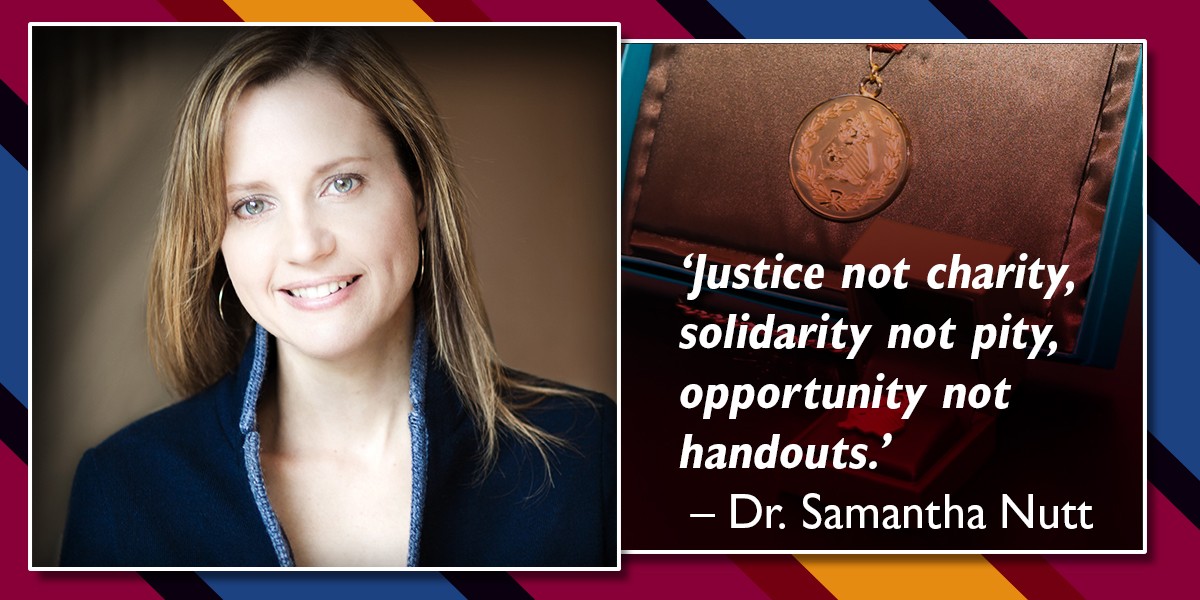 As the founder of War Child Canada and War Child USA, Nutt has spent her career in some of the world’s most dangerous conflict zones, working to improve access to education, opportunity and justice for children — to create a world where no child knows war.

Nutt has worked with children and their families at the frontline of many of the world’s major crises. With a career that has spanned more than two decades and dozens of conflict zones, her international work has benefited millions of war-affected children globally.

A leading authority on current affairs, war, international aid and foreign policy, Nutt’s writings have been published by The Globe and Mail, Toronto Star, National Post, Maclean’s and Reuters, among others. She is a regular foreign affairs panelist on CBC News: The National. Her debut book, Damned Nations: Greed, Guns, Armies and Aid, was published to critical acclaim in 2011. Nutt's 2015 TED Talk on the harm of the global arms trade has been seen by millions.

Nutt has been recognized as a Young Global Leader by the World Economic Forum, and she was appointed to the Order of Canada in 2011. Nutt’s many accomplishments have also led her to being named one of Canada’s 25 Transformational Canadians by The Globe and Mail and featured as one of Canada’s Five Leading Activists by TIME.