We have more than 80 affiliated faculty from 27 departments exploring social justice issues from a variety of perspectives. We invite all interested researchers to join our team.

Pablo Gilabert did his PhD in philosophy at the New School for Social Research in 2003. He is currently doing research on social justice, human rights, and the role of the concept of feasibility in moral and political reasoning (including the consequences for the relation between “ideal” and “nonideal theory”).

His papers appeared in journals such as The Journal of Political Philosophy, Political Theory, The Philosophical Quarterly, Philosophy and Phenomenological Research, Philosophical Studies, Kant-Studien, Kantian Review, Human Rights Quarterly, and Ethical Theory and Moral Practice, among others. He is the author of two books on social justice: From Global Poverty to Global Equality. A Philosophical Exploration (Oxford University Press, 2012) and Human Dignity and Human Rights (Oxford University Press, 2018). 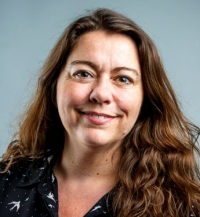 As the coordinator of the Centre, Christiane Bailey is helping faculty members whose research focuses on social justice issues.

She is also a PhD Candidate in Philosophy at Université de Montréal and a fellow at Wesleyan University (Connecticut) in the Animals and Society Fellowship program (ASI-WAS). She gives talks on ecofeminism, critical animal studies, the political repression of environmental and animal rights activists, the environmental impact of livestock and fisheries, and the history of women in the animal rights and environmental movements.

In February 2019, La Presse reprinted the introduction of the book in the online edition.