Located in north central Alberta, north-east of Red Deer, Ferintosh has a large portion of its industry found in processing and the remainder in service. The population (115) has seen a decrease of 8% over the past few years. The labour force participation rate is 53% and the unemployment rate is 22%.

Ferintosh's economy is based on mixed farming, ranching and more recently oil and gas, services and retirement. The village is located 125 km South East of Edmonton. The population of 153 has been increasing slowly over the past five years. Ferintosh and hinterland communities have recognized the village's scenic amenity and a couple of Bed and Breakfast businesses have opened in recent years. The quite community encourages retirees a with a strong seniors centre.

The present Ferintosh area was originally a noted meeting place for Natives who named the area Amiskoogis Saskihigan, meaning, little lake belonging to the beaver. During the 1880s European fur traders hunted buffalo in the area and then traveled on to Winnipeg for the fur trade. In the 1890s ranchers established in the watershed area and discovering rich soil in the area, the first settlers began cultivation in the early 1900s creating the first economic activities in the area.

The first settlers arrived by rail from the Edmonton-Calgary railway that traveled through the Wetaskiwin area. The arrival of the Grand Trunk Pacific Railway line in 1910 marked the year of settlers, homesteads and grain farming. The village of Ferintosh was originally known as Lassen after the first settlement of homesteads in the area belonging to J. H. Lassen. The village was renamed Ferintosh by resident Dr. J. R. Mcleod in 1910, a member of the first Alberta legislature, due to the mail delivery confusion with a near by town of a similar name.

The original settlers were from Ontario, Illinois, Minnesota and Nebraska, being Anglo-Saxon, American, Scandinavian and German. They purchased their land from the railway which had been advertising in the Middle United States for those looking to start a homestead. By 1903 most of the land in the Ferintosh District had been sold to private individuals.

The English language spoken by all settlers helped to form the community and to bring a school to Ferintosh. Local entertainment included gun shooting competitions, hunting, skating, curling and canoeing on the local lakes, picnics, tennis, hockey and house dances. The school was built in 1911, the year after the railway arrived. It had twelve grades by 1940.

Early farmers had to travel with horse-drawn wagons over 30 miles, travelling at a speed of five miles per hour, to sell their grain in Wetaskiwin. Farmers increased their acreage when the railway line was built through Ferintosh, but had to wait until 1915 for the first Imperial Elevator to be built. By 1928 three elevators stood and brought in three to four hundred thousand bushels per year.

Ranching was a popular enterprise with some cattle being shipped off by rail and some being locally butchered and packed until the 1930s. After 1930 trucking became the main means of transportation for livestock. 1953 estimates of livestock include 6,250 cattle, 500 horses, 500 sheep, 9,000 pigs, and 7,500 chickens.

Early enterprises included a hotel built with the vision of developing Ferintosh as a resort village. From the beginning of settlement Ferintosh was recognized by developers as aesthetically pleasing. The main asset was and presently is in the landscape amenity. The Ferintosh area exhibits forested rolling hills and the scenic Little Beaver Lake. The early hotel developer wished to create a lavish resort capturing the amenity asset. The hotel owner built a luxurious three-story hotel, complete with a hotel bar. Unfortunately the bar was a primary revenue source for the hotel and the hotel was torn down after the prohibition forced its closure in 1915. Other early enterprises began in the late 1910s.

The depression of the 1930s hurt village families, however most farmer managed to survive. Urban residents were forced to rely on government relief and keep some livestock in their urban homes to sell eggs or meat for extra income. Mixed farms were able to escape the worst effects of the depression with livestock and self-sufficient gardening. Those who survived became prosperous in the forties with better grain prices.

Oil was discovered in 1945 and presently there are about 40 oil wells northwest of Ferintosh. After the war, established farmers expanded their property and new immigrants to Ferintosh, with little income but established trades, moved on to the larger centres. Though grain prices improved Ferintosh businesses began to close their doors during the mid forties.

The 1940s saw the closing of the meat packing plant, the jewelry store, the butcher shop and the livery stables. These businesses were thought to have suffered from the 1930s depression and unfavorable management. This decade began the erosion of the Ferintosh business community.

During the fifties more businesses closed; a dry goods and furniture store, the hardware store, the livestock buying and selling agency, and the Imperial Bank. The Alberta Treasury Bank resumed banking services in Ferintosh in 1958. Transportation improvements were a factor in Ferintosh beginning to compete against larger economic centres in the surrounding area. The main highway number 21 was classified as a Secondary Highway and was then graded and paved in 1952. Eleven years later the base course was constructed and the road surface was paved. The highway improvements meant Ferintosh community residents, agricultural and livestock trucks and any other mobile industry could travel greater distances and speeds. Smaller villages including Ferintosh were bypassed for larger centres and they began to loose control of their economic future. The mixed farming based community began to explore other economic options for Ferintosh.

During the sixties natural gas was discovered in the Ferintosh area and the community gained a valuable economic asset. The Battle River gas co-op began in 1968. The co-op was a success while other businesses continued to close. The restaurant, pool hall, and barber shop closed during the 1960s. The continual closing of businesses was thought to be a reflection of road improvements, residents retiring and young people leaving to larger centres. These events were thought to be a factor in the decrease of Ferintosh school enrollment.

One year later Ferintosh lost the focus of the economic community. Two out of three elevators were torn down in 1976. The village lost tax-based revenue and a pull to bring hinterland residents into the struggling village. Ferintosh was forced to exist with a continually smaller hinterland population.

The past twenty years has seen a stable population level and commerce. The Battle River Co-op continues to be a growing success. The King Kuba Sausage Store proved a hard working success bringing in people from the surrounding comminutes to buy the specialty sausages. Other community business successes have been the thrift store run buy the Recreation Association and the Cut-Hut.

Presently Ferintosh is a quiet community with an aging population of 130 people. There are few opportunities for youth and they continue to leave. Those who find local employment in the oil fields or farming have the advantage of low cost housing. New retired immigrants look forward to a relaxed pace of life. The village's scenic amenity and strong social cohesion are felt to be a major asset. 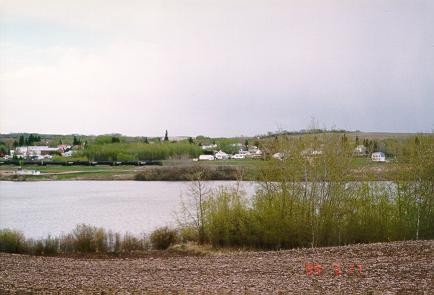 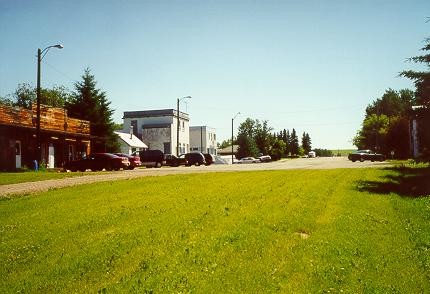 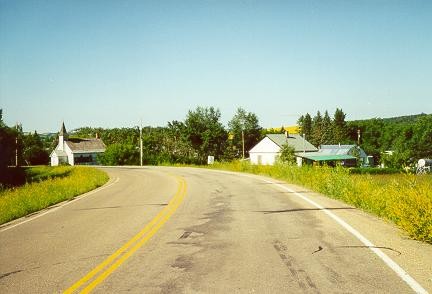 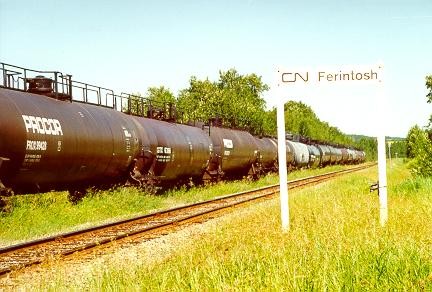 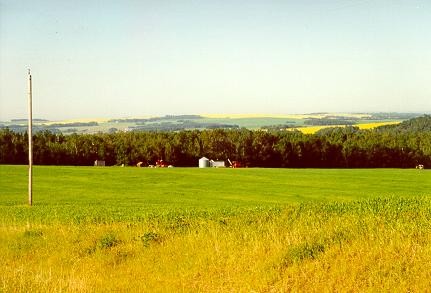 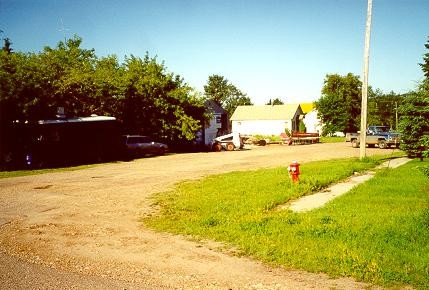 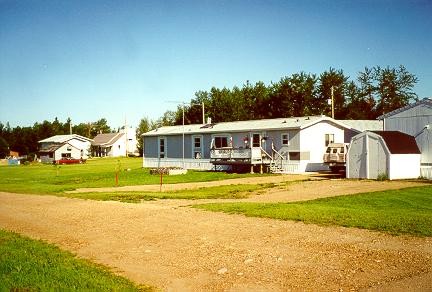 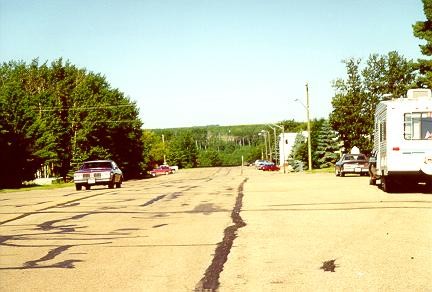 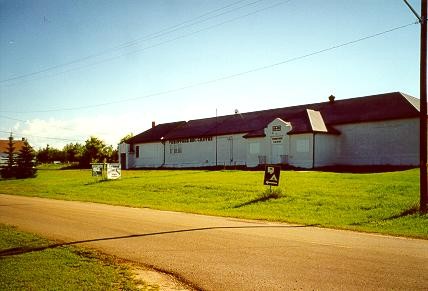 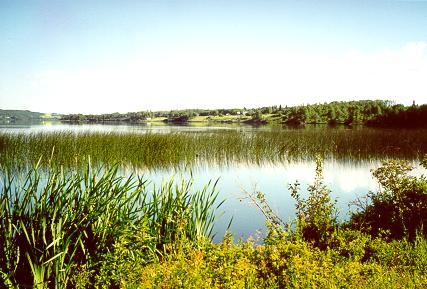 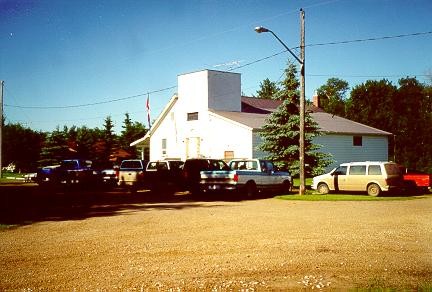 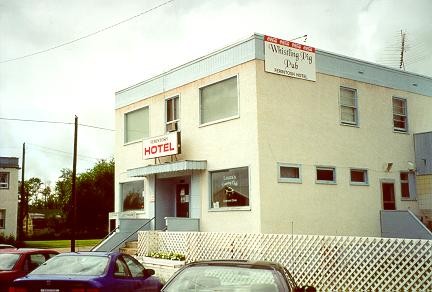 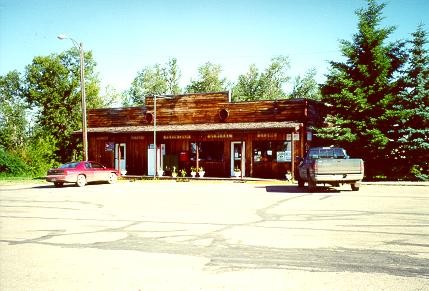 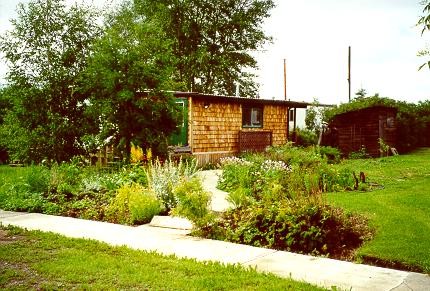 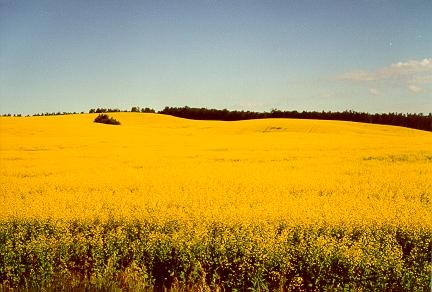 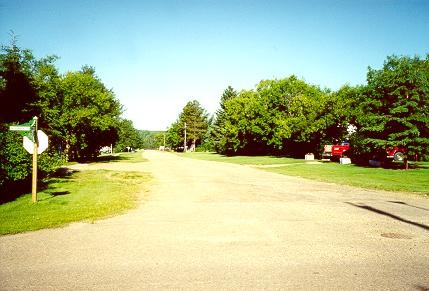 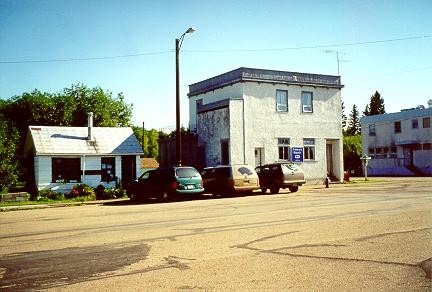 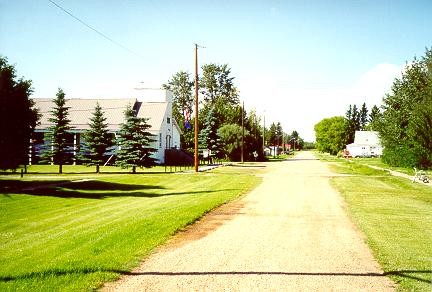 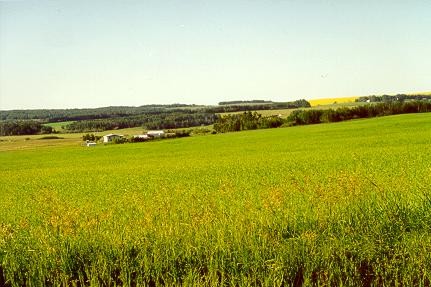 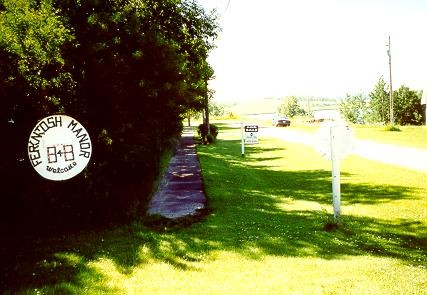 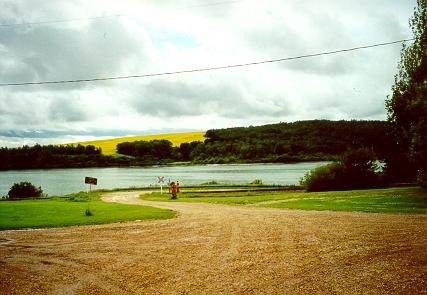