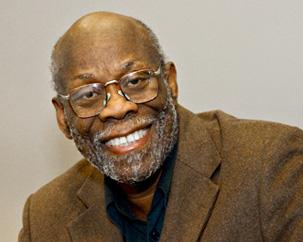 Dr. Bayne obtained his BA in Economics and Political Science and his MA in Economics at the University of British Columbia. He then enrolled at McGill University, where he did his Master's comprehensives in Transportation Economics, and completed his PhD in Economics, specializing in econometrics and monetary and macro-economic theory. His doctoral thesis is entitled "A Study of the Oil Industry of Trinidad and Tobago in the World Oil Economy". He was the Director of the DIA/DSA Program from 1991-2006. He is the Director of the Institute for Community Entrepreneurship and Development (ICED).

Dr. Bayne's research interest is very cross disciplinary, with an emphasis on community development. He has published, and lectured quite extensively in this area in many cultural communities across Canada (the Cree, Black, Innuit); and in Nigeria, and South Africa. Dr. Bayne has received several distinguished Awards and recognition for his work in community development from the Federal and Municipal Governments, as well as various community based organizations. Some of his awards include, Recipient of the Governor General's 125th Anniversary of Confederation Award, the Queen Elizabeth Golden Jubilee Medal (2002), The Martin Luther King Jr. Achievement Award, the Quebec Board of Black Educator's Award (2000), Montreal Association of Black Business and Professionals Award (1988), City of Montreal Round Table on Black History Month Award.

His research in statistics focuses primarily on forecasting and sampling theory, with special emphasis on the applied aspects of these fields of study. Professors Bayne, Joy et als (1991) completed a statistical study of the demographics of Black Communities in the Montreal Census Metropolitan Area He is also one of the authors of a statistics book, Statistics Applied to Canadian Issues. In collaboration with Professor Joy, he has published a paper entitled "From Community Workshop to Professional Theatre: Audience Development and the Consumption of Art (1993)", the journal Advances in Nonprofit Marketing. He teaches graduate courses in the Economics for non-profit managers; and the Finance and Economics of Health Care.

He is president of the Black Studies Center of Montreal, and the Director of its institute for community economic development. Professor Bayne is a member of CIM, an advisory committee to the Mayor of Montreal; and a member of an advisory body to the Minister for cultural communities, Government of Quebec.