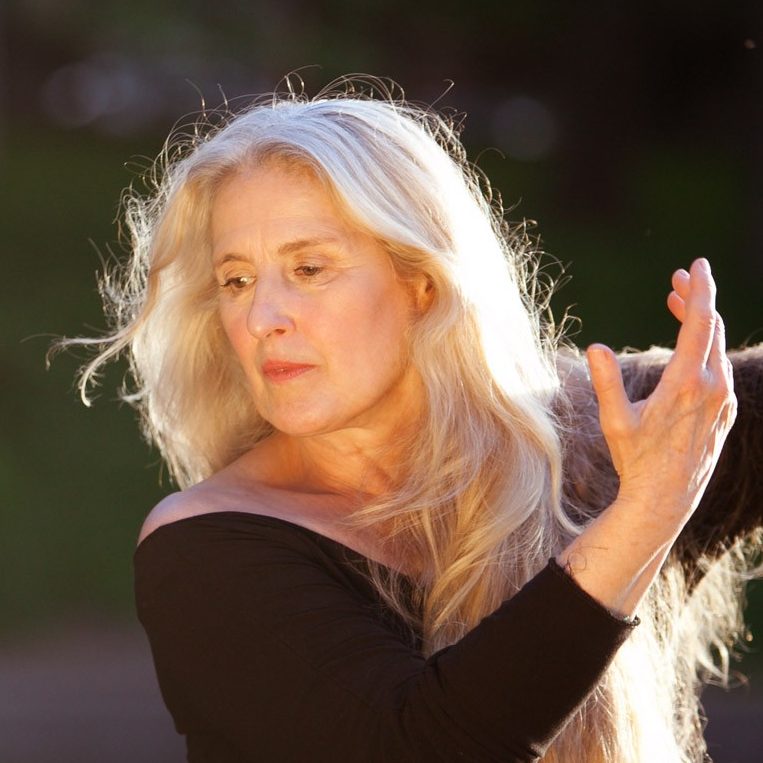 Montreal-born Margie Gillis is one of the most influential Canadian choreographer-dancers of the 20th and 21st centuries.

By the time she opened The Margie Gillis Dance Foundation in 1981 she had established herself as an innovative choreographer and a solo dancer. She was known for her naturalistic style and iconic long, cascading hair. Her work is infused with political, social and cultural themes. It explores the notions of humanity, inner landscape and our intrinsic relationship to nature in a universal language. In 1979, she became the first modern dance artist to perform in post-revolutionary China.

Over the decades, Gillis has created a rich repertoire of more than 150 works that continue to be performed around the globe along with new creations through the Margie Gillis Legacy Project Dance Company. She has also collaborated with such major companies as Les Grands Ballets Canadiens, the Paul Taylor Dance Company and the Stella Adler Studio of Acting. Teaching and mentoring emerging artists and using dance to mediate conflict are integral to her vision as a movement philosopher.

Politically progressive, Gillis has served as a spokesperson for OXFAM, the Planned Parenthood Foundation and several AIDS-awareness organizations. She is also an active defender of environmental causes.

In 1987, Gillis became the first modern dance artist to be awarded the Order of Canada. She is also a chevalier of the Ordre national du Québec (2009) and a laureate of the Governor General’s Performing Arts Awards (2011).