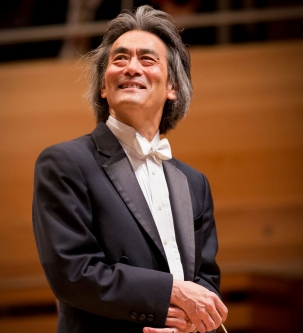 For his artistry and outreach as Music Director of the Orchestre symphonique de Montréal.

Maestro Nagano has been the Orchestre symphonique de Montréal (OSM) Music Director since 2006. During this time, he has simultaneously led leading opera houses in Munich and Hamburg and guest conducted the world’s leading orchestras.

Under his leadership, the OSM saw a revival of critically acclaimed recordings and touring activities, combined with visionary initiatives that have ensured the attainment of its full artistic potential, while reaching out to the Montreal and Quebec community. More than ever before, the OSM is known and respected internationally for its distinctive character.

Nagano is known for the clarity, elegance, depth and intelligence of his interpretations, which span a vast repertoire from baroque to contemporary creation. He has successfully broadened the audience for classical music by challenging the status quo through uncompromising quality, and creative programming.

Under his watch, the OSM has performed at the Bell Centre to celebrate the Canadiens’ 100th anniversary, conceived, built and opened the new Maison symphonique de Montréal, built and inaugurated the Pierre Beique organ, formed the new OSM Chorus, and started the OSM Classical Spree, which has become one of the largest urban classical music festivals on the continent.

Among his many honours is the Governor General of Canada’s Meritorious Service Medal (Civil Division), which he received last year. 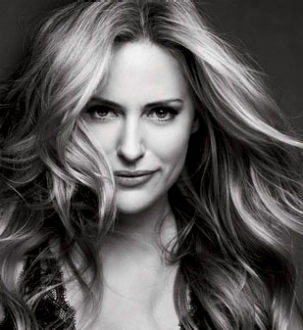 For inspiring others through her athleticism, creativity and leadership

Aimee Mullins has inspired people around the world as an athlete, actor, model and speaker.

As the first double amputee in history to compete in Division 1 NCAA track and field, she then competed for Team USA in the 1996 Paralympic Games. She has set world records in the 100 metres, 200 metres and long jump events.

Mullins went on to become a lauded runway and editorial fashion model and was named a global brand ambassador for L’Oréal Paris in 2011. Over the past decade she has been a film and television actor and is now a producer.

In 2012, Mullins was named Chef de Mission for the United States at the Summer Olympics and Paralympics in London. That same year she was appointed by then Secretary of State Hillary Clinton to the Council to Empower Women and Girls Through Sports.

Her prolific work for non-profit organizations is matched by her frequent public speaking appearances on topics related to body, identity, design and innovation; her TED talks have been translated into 42 languages. In 2018 she became one of the youngest ever inductees into the US National Women’s Hall of Fame. 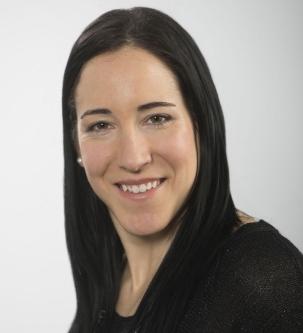 For her outstanding career as a women’s hockey player, coach and ambassador

Now retired as a player, Ouellette is the founder of Girls Hockey Celebration, an annual tournament that brings together more than 850 young women to play and meet role models from Canada’s Olympic team. She has also been an athlete ambassador with RIGHT TO PLAY since 2004, and an ambassador and active fundraiser for the Quebec Breast Cancer Society.

She joined the coaching staff of the Concordia Stingers women’s hockey team in 2012. 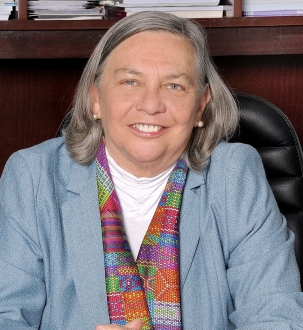 Sylvia Schmelkes is a pioneering researcher and advocate for reform in Mexico’s education system and one of Latin America’s leading proponents of intercultural education. She is currently Academic Vice-President of the Universidad Iberoamericana in Mexico City.

Over her four-decade career, she has championed inclusion and equitable models of education at the Mexican Secretariat of Public Education, UNICEF, UNESCO and the Organisation for Economic Co-operation and Development (OECD). Her leadership has contributed to the founding of nine intercultural universities that aim to support the linguistic and cultural autonomy of Mexico’s diverse Indigenous populations.

Among other honours, in 2008 Schmelkes received the Comenius Medal from UNESCO for her career as a researcher. 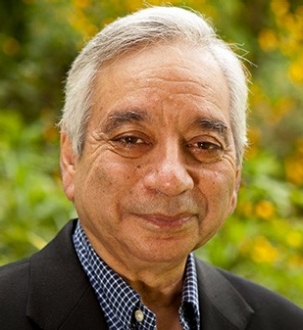 For his research and leadership in sustainability science

Currently Distinguished Professor of Biology at the University of Massachusetts Boston, Bawa has been a Bullard Fellow at Harvard University and a Guggenheim Fellow. He has published more than 200 scientific papers and 11 authored or edited books and monographs on topics ranging from local forest conservation in the Himalayas to the shifting role of institutions in global climate-change policy.

Beyond his groundbreaking research, Bawa has promoted the engagement of civil society in conservation efforts by founding the Ashoka Trust for Research in Ecology and the Environment, consistently ranked among the top 20 think tanks of the world.

Among his many honours, Bawa received the Linnean Medal in Botany in 2018, the Jose Cuatrecasas Medal for Excellence in Tropical Botany in 2016, the international MIDORI Prize in Biodiversity in 2014 and the international Gunnerus Award in Sustainability Science in 2012, and a Pew Award in 1992. He is an elected member of the American Philosophical Society, the American Academy of Arts and Sciences, the Royal Norwegian Society of Letters and Sciences, and Royal Society of London. 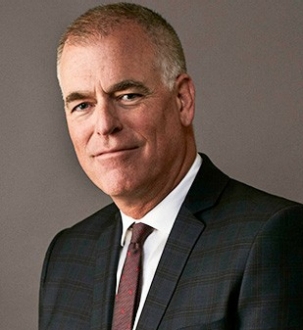 Since taking the reins in 1996, Simons has emphasized aesthetic and sustainable design choices that enhance the customer experience.  His leadership helped the chain expand from Quebec City to 15 stores across Canada.  In-house clothing brands and cutting-edge distribution practices have enabled the company to compete with online giants.

Simons is a vocal advocate for fair fiscal and social practices.  He is regularly called upon to share his expertise on the Canadian retail landscape and how local merchants can compete in today’s global market.

In 2008, Simons became a Chevalier of the National Order of Quebec, and in 2018, he was named a Member of the Order of Canada. 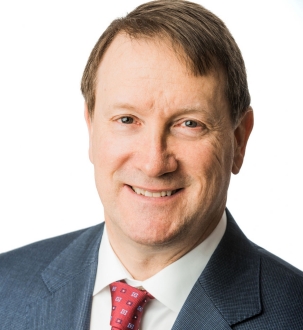 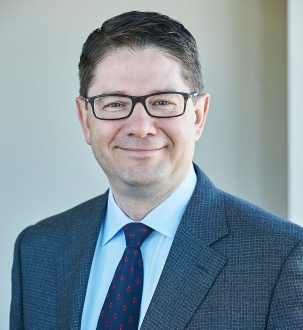 For his visionary leadership and charitable activities

Éric Martel became President and CEO of Hydro-Québec in 2015. In this role he ensures that the company continues to meet the expectations of its customers and shareholders while maximizing its contribution to the global energy transition.

Before joining Hydro-Québec, Martel worked for such multinational companies as Pratt & Whitney, Rolls-Royce, Procter & Gamble, Kraft Foods and Bombardier, where he held a series of leadership roles.

Martel chairs the World Economic Forum’s Electricity Industry community and is among the stewards leading the organisation’s initiative to shape the future of energy. He also sits on the board of the Global Sustainable Energy Partnership.

An engineer by training, he was appointed honorary president of the Ordre des ingénieurs du Québec’s Soirée de l’excellence en genie 2019. After 20 years of involvement with Centraide of Greater Montreal, Martel will co-chair the 2019 campaign. 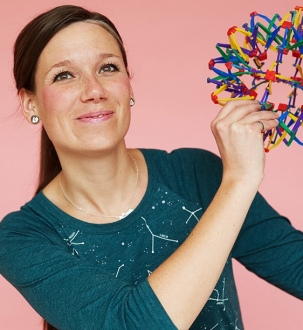 For inspiring women to enter the STEM fields

Natalie Panek is a senior engineer in Mission Systems at MDA, a Maxar company. She works on Canadian space robotics and space exploration programs, including the ESA’s ExoMars 2020 rover.

An avid adventurer, she obtained her pilot’s license and helped build and drive a solar-powered car across North America. Panek completed an internship at NASA’s Goddard Space Flight Center and attended a Space Studies Program at NASA’s Ames Research Center.

Through her website, thepanekroom.com, and social media, frequent speaking engagements and volunteering, Panek works to change the ratio of women in the science, technology, engineering and mathematics (STEM) fields. She mentors others through programs such as Cybermentor. 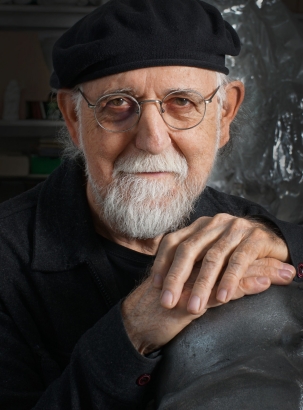 For contributing to public life through his art and teaching

Gilles Mihalcean is a major figure in Quebec contemporary art. A self-taught sculptor, he has been exhibiting his work internationally since the mid-1970s and raising the reputation of Quebec artists abroad.

His numerous Montreal public art works are recognizable by their surprising and inventive combinations of forms and materials that emphasize the juxtaposition of volumes in space.

Mihalcean has been an active figure in the Montreal art scene through colloquia, public speaking and mentoring the next generation of artists, including students in Concordia’s Studio Art Program.

Among his honours are the Prix Paul-Émile Borduas in 2011, the CALQ Bourse de carrière Jean-Paul Riopelle in 2004 and the Canada Council for the Arts Victor Martyn Lynch-Staunton Award for mid-career artists in 1987.

See all past honorands

To nominate someone for a Concordia honorary degree, please review the selection criteria, eligibility and exclusions as outlined in the Guidelines for the Awarding of Honorary Degrees, complete a nomination form, and send it to: