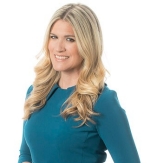 Aphrodite Salas is an Assistant Professor at Concordia’s Department of Journalism. Her research interests focus on visual journalism, mobile journalism, new models of journalism, interviewing and experiential teaching and learning. She is currently working on a multimedia project to tell the story of climate action and leadership in remote northern communities. Her experience as a journalist is extensive - she spent almost ten years working as a video journalist and assignment editor at CTV Montreal. Prior to that, she was senior anchor for Global Quebec and hosted her own current affairs radio show. Nationally, Aphrodite covered Parliament Hill in Ottawa for CityTV's Toronto and Vancouver stations. She was also a national correspondent for CTV News in Montreal, and was the network’s transportation reporter in Toronto. As an anchor, Aphrodite has been on the desks of CTV’s Newsnet, CityTV’s CP24 and for two CTV affiliates – CKCO Kitchener and CFQC Saskatoon. Aphrodite holds an Honours BA from the University of Toronto, an MA in Public Administration from Concordia University and a Certificate of Proficiency in French from McGill University. 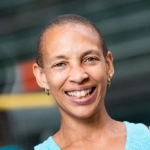 Her dramaturgical work has includedprojects in dance-, music- and circus-theatre with artists as varied as Belgiantheatre director/choreographer Isabella Soupart, French trapezist Mélissa VonVépy and Dutch choreographers Arno Schuitemaker and Pia Meuthen/PanamaPictures. An ongoing collaboration of over 10 years, Angélique and Pia activelyexplore approaches to incorporating circus disciplines into dance-theatreproductions, developing a hybrid aesthetic and movement language that is fullyanchored in both art forms.

Since resettling in Montreal in 2014,Angélique has continued to be active in Montreal’s professional community asteacher, creator and dramaturge. Her current research interests have three mainaxes: approaches to interdisciplinary artistic creation (i.e. that sits“between” disciplinary boundaries); European circus aesthetics and dramaturgy;and the notion of a personal dramaturgy, inspired by the trajectories of performerJosephine Baker and French transgender circus artist Phia Ménard. An underlyinginterest in her work remains the use of the voice as a creative tool andperformance instrument. 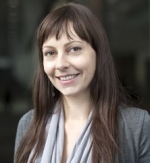 Jennifer (JD) Drummond is a social worker, artist and researcher.  JD received her MSW from McGill University and a BFA from Concordia University. She is currently the Coordinator of Concordia’s Sexual Assault Resource Centre (SARC), which supports people who have experienced sexual violence, and provides sexual violence prevention education for the Concordia community. JD researches and publishes on the topic of women’s health and sexuality, particularly as related to identity, queerness, chronic illness and ageing, using feminist narrative methods. 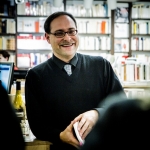 is Associate Dean of Research at the Faculty of Arts and Science. He is a Full Professor who holds a joint appointment in both English and Études françaises. His academic research and graduate supervision covers modern and contemporary theatre, self-representation in drama, cultural discourse, research-creation, dramaturgy, Québec literature, literatures on the margins, and contemporary circus.

His approach to research and research-creation is fundamentally interdisciplinary and, consequently, he has worked with colleagues across many academic and practice-based fields. Recent and ongoing research projects include: the study of the poetics of writing the body in contemporary circus; performative research dissemination through research-creation; the physical, social, and creative impacts of circus practice on school children; and a socio-historical study of Québec theatre.

Steven High is professor of history at Concordia University’s Centre for Oral History and Digital Storytelling. He is an interdisciplinary oral and public historian with a strong interest in transnational approaches to working-class studies, forced migration, and community-engaged research. He has headed a number of major research projects, most notably the prize-winning “Life Stories of Montrealers Displaced by War, Genocide and Other Human Rights Violations”.  He has published extensively on oral history, including:  Elizabeth Miller, Edward Little, and Steven High, Going Public: The Art of Participatory Practice; Steven High, Edward Little and Ry Duong, eds. Remembering Mass Violence: Oral History, New Media, and Performance;  Steven High, Oral History at the Crossroads: Sharing Life Stories of Survival of Displacement; and Steven High, ed. Beyond Testimony and Trauma: Oral History in the Aftermath of Mass Violence.  Email: steven.high@concordia.ca 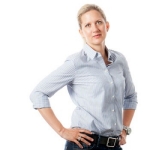 Tina Hilgers is Associate Professor in the Department of Political Science at Concordia University (Montreal, Canada). She is Director of the Lab for Latin American and Caribbean Studies (llacs.ca) (http://www.llacs.ca/), Executive Board Member of the Montreal Latin American Studies Network / Réseau d'études latino-américaines de Montréal (relam.ca), and Member of the Interuniversity Research Team on Inclusion and Governance in Latin America / Équipe de recherche sur l’inclusion et la gouvernance en Amérique latine (ÉRIGAL). Her research deals with informal politics, particularly clientelism and patronage, and urban violence. It is funded by SSHRC and FRQSC. She is editor of Clientelism in Everyday Latin American Politics as well as co-editor (with Laura Macdonald) of Violence in Latin America and the Caribbean: Subnational Structures, Institutions, and Clientelistic Networks and (with Jorge Luiz Barbosa) of Identidade, território e política no contexto de violência na América latina (Identity, Territory, and Politics in the Context of Violence in Latin America). 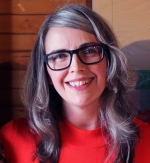 Dr Cynthia Imogen Hammond is Professor of Art History at Concordia University, and the Lead Co-Director of the Centre for Oral History and Digital Storytelling. Her research-creation addresses situated knowledge and unexpected agencies within the city. In particular, Cynthia uses her art practice, urban performance, and storytelling to help show how women, elders, animals, and even plant life all play an important role in the shaping of urban environments. Her interdisciplinary, place-based work explores the right to the city through its occupants, resulting in university-community partnerships, and collaborative, public art. Her current, SSHRC-funded grant is a collaborative, intergenerational project located at the Atwater Library, where she works with seniors interested in urban change and oral history. More details about her art practice can be found at cynthia hammond.org.