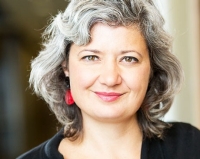 Through the Office of the Associate Dean, Research, the Faculty of Fine Arts is committed to expanding and strengthening the role of research in the faculty. Working closely with Concordia’s Office of Research, the office supports the Faculty’s researchers in their individual and collective efforts to secure funding and launch successful research programs.

New and current faculty members are contacted on a regular basis to discuss their areas of interest and to assist them in the development of their research/creation career. The Office of the Associate Dean offers a range of services in all aspects of the research funding process, including: discussing application procedures for the various agencies and programs; ensuring that applicants adhere to all guidelines; reviewing proposals and offering recommendations; contacting funding agencies; and providing information for other sources of funding in Canada and internationally. Throughout the year, faculty members are kept abreast of new policies with respect to research funding.

The Office of the Associate Dean works closely with the School of Graduate Studies, making recommendations on graduate student funding. The Associate Dean also serves as a liaison for faculty members with Concordia’s Office of Research, and ensures that researchers’ accomplishments are known to the university community (see Research News and events page).

Read about the Vice-President, Research’s plan for supporting research development in the “Mobilizing Knowledge” plan and learn about Concordia’s major research strengths in the Strategic Research Plan.

MJ Thompson is a writer and teacher working on dance, performance, and visual art. A fan of dance in all its forms, she has been watching and writing about movement and performance for over twenty years. Committed to popular culture and everyday aesthetics, she has written for a wide variety of publications, including Ballettanz, Border Crossings, The Brooklyn Rail, Canadian Art, Dance Current, Dance Ink, Dance Magazine, The Drama Review, The Globe and Mail, Women and Performance, Theatre Journal and more. Her academic work is funded by the Social Sciences and Humanities Research Council in Canada; and her essays have appeared in several anthologies, including Performance Studies Canada (McGill-Queen’s Press, 2017). Most recently, she received the National Park Service Arts and Sciences Residency, Cape Cod National Seashore, August 2019, where she worked on a long-form essay about the concept of the view as embodied (forthcoming, Departures 2020). She was a Lillian S. Robinson Fellow at the Simone de Beauvoir Institute in Montreal in 2010. Her dissertation, “Impure Movement: Mundane Body Techniques in 20th Century American Choreography,” (NYU 2009) was recipient of the Cynthia Jean Cohen Bull Memorial Award for Academic Excellence.

Between 2011-2019, her teaching and research focused primarily on undergraduate learning and the development of critical literacies. As course director of a large-enrolment foundations course for the faculty—at 950 students, the largest class on campus—she designed and implemented new curricula and built a TA-training program focused on best practice teaching strategies at the post-secondary level.

Her current areas of research include vernacular forms of body movement; writing and writing pedagogies; and art and climate change. Most recently, she has written from a dance studies perspective about “furtive movements” as a [false] category of arrest under New York City’s Stop-and-Frisk program. Her book on the dancer/choreographer Louise Lecavalier is forthcoming on Bloomsbury.