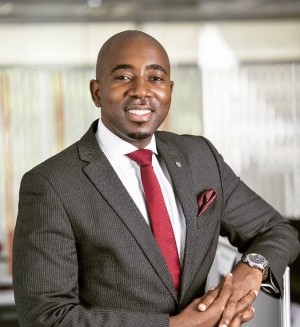 “What excites me is being able to talk about Africa to investors at conferences all over the world.”

Since Jito Kayumba graduated from Concordia, he has used his finance background to make a big impact at home in Zambia, as partner of a private-equity company called Kukula Capital.

For more than seven years, Kayumba and his Danish partners have defied expectations by raising capital from around the world for investments in Zambia, such as agriculture, digital payments and microfinance. Kukula has created close to 700 jobs through its investments and improved people’s living standards, all the while creating shareholder value.

Thanks to the reputation Kayumba has built as an investment-fund manager, corporations and NGOs seek out his expertise. In 2016, he was invited to sit on the board of directors at Airtel, the largest telecommunications company in Zambia.

“It’s taken my profile to a completely different level because companies of that scale don’t tend to appoint young people in the Zambian context, so for them to take a chance on a young guy was a big deal,” Kayumba says. “It represents a significant inflection point in my career. It was a massive stamp of approval.”

“Concordia had a very active extracurricular student environment. I was president of the African Students’ Association of Concordia, which was extremely active, and exposed me to a lot as well as built my leadership skills.

“We hosted social and networking events, including making connections for people in Montreal who were of African descent and wanted to know about opportunities on the African continent. We did fundraisers for various causes, but for me the most important thing was demystifying Africa. We wanted to make sure we presented Africa in its true essence: diverse and multifaceted.”

Favourite aspect of his career

“What excites me is being able to talk about Africa to investors at conferences all over the world. I was invited by the UN Economic Commission of Africa to speak about investment opportunities in Africa and recently gave a TedX talk here in Zambia. They fell like real achievements for me.”