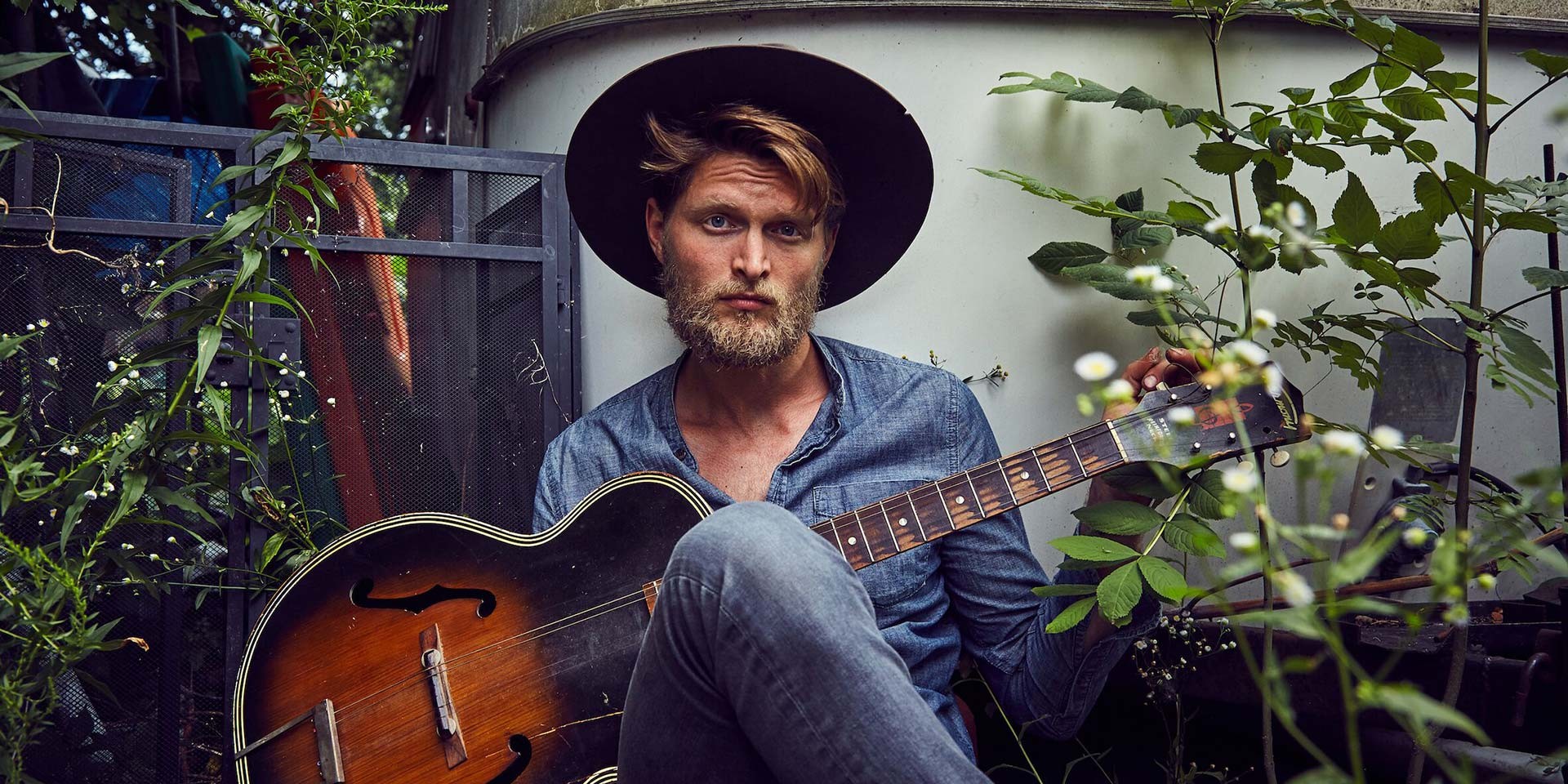 Our current golden age of television isn’t just a boon for the small-screen industry and viewers at home.

It’s also improving the prospects for musicians who find their songs on a hit show.

“When my music was featured on Orphan Black in 2013, my phone and social media blew up,” says folk-pop singer Tim Moxam, BFA (integrative music) 09. “The worldwide feedback I got was a real confidence booster.”

The hit Canadian TV show is about a character juggling multiple identities. How fitting, seeing as Moxam is a carpentry instructor as well as a musician. His day jobs at Toronto’s George Brown College and Humber College don’t seem to slow him down. Moxam’s songs are regularly featured on CBC Drive and CBC Shift, and he won the 2019 International Song Competition - Best Music Video for “Honesty.”

“Honesty” is from Moxam's 2018 full-length album, Marlborough Hall — the anticipated follow-up to Soft Summer, an LP that yielded CBC Radio chart-toppers “Meant to Be” and “Harvest for the Queen."

He’s well-known in the Canadian music scene and has played alongside marquee names including Donovan Woods, Cœur de pirate, The Strumbellas and Terra Lightfoot.

The shift to folk-pop

On the phone from Toronto, Moxam credits Concordia’s Department of Music for shaping his musical path.

“Professor Roddy Ellias, in particular, taught me that is was okay to focus on folk music — that folk was a respected and professional form of music,” says Moxam. “He really changed the educational experience for me. I’d originally signed up to study jazz guitar, but he allowed me to branch out. I did a lot of sight reading with him — in pop, world and classical music, too. The music department’s flexibility made all the difference.”

At Concordia, Moxam found himself gravitating toward the Visual Arts Building.

“I worked on collaborations with painters and performed at integrated gallery openings with mixed-media installations,” he recalls. “It was a great experience.”

Growing up in Toronto, Moxam listened to “the Woodstock crowd”, including Neil Young, Jimmy Hendrix and the Mamas and the Papas.

“My dad really encouraged me to stick with music,” says Moxam, from his live/work space inside Artscape, a not-for-profit arts incubator in Toronto. “My dad is an architect who, when he was young, faced a choice between music and architecture. When I faced my own cross-roads, he encouraged me to pursue both.”

One day, Moxam went home and discovered the Deadly Snakes renovating his parents’ house. Moxam was surprised to learn the Canadian indie-rock band did renovations between tours.

“That was a revelation to me, because I saw there was a way to find financial stability while making music,” says Moxam. “So I joined their crew to do my carpentry apprenticeship and work the 7,200 hours to become certified.”

Moxam says teaching carpentry is the perfect side hustle, if you’re willing to work long days as well as nights. He has the fortitude, so it pays off.

This year, he’s doing a socially distanced collaboration with Adrian Gordon Cook and building up his online presence.

“The old ‘road warrior’ days of touring are over,” he says. “It doesn’t make sense to tour until there’s an online buzz. Now the first step is generating the buzz, not booking the tour.”

Moxam sees no reason to quit being a carpentry instructor — an allowable practice at colleges during COVID-19 measures.