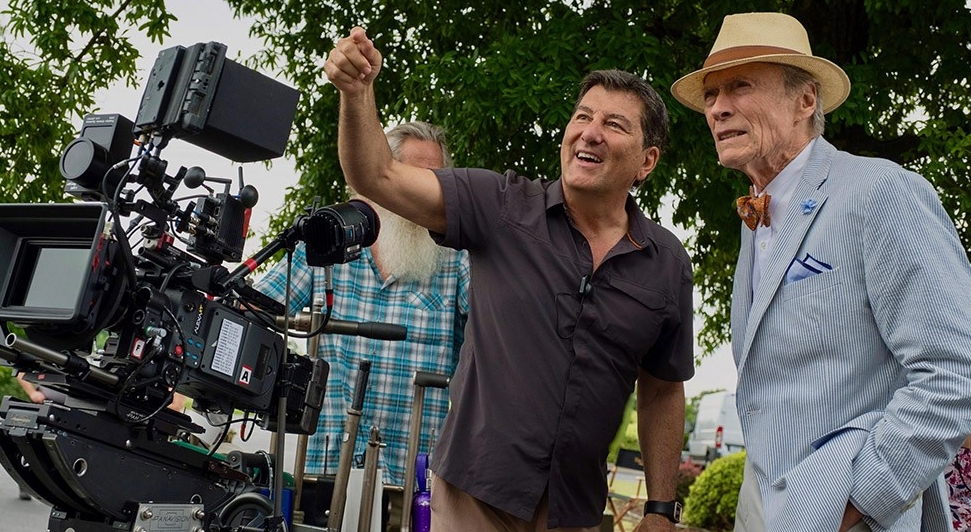 Stephen Campanelli on set of The Mule with Clint Eastwood. Campanelli recalls his first encounter with the American actor and director as “the coolest moment ever.” | Photo: Claire Folger

As a kid growing up in Montreal, award-winning filmmaker Stephen Campanelli, BFA 83, named his pet dog Clint and had movie posters of his famously stoic idol plastered on his bedroom walls. So the day in 1994 that Clint Eastwood’s long-time Oscar-nominated cinematographer Jack Green introduced the two on the set of The Bridges of Madison County, Campanelli was overcome.

Green had told Eastwood that the Montrealer was one of the best camera operators he had ever worked with, so Eastwood hired Campanelli.

“I met Clint in a cornfield in Iowa for the very first shot of the movie,” Campanelli recalls. “I was babbling on like a big fan: ‘Mr. Eastwood, thank you so much!’ I was so nervous. Clint stopped, put his hand on my shoulder and said, ‘Call me Clint.’

“That was it. It was the coolest moment ever. He just calmed me down. That’s what he does. He has this wonderful, calming, fatherly demeanor that makes for a good atmosphere on set. He leads by example.”

Eastwood liked the Concordia film production grad so much they have since shot more than 20 films together. Eastwood is both hero and mentor to Campanelli. “He is all of that and a friend — I’ve been working with him for almost 27 years now.”

‘It’s where Iearned to pick up a camera’ 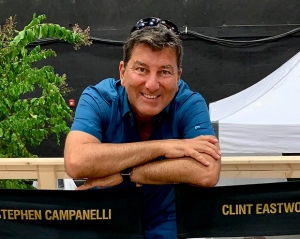 Campanelli got his start studying film at what’s now Concordia’s Mel Hoppenheim School of Cinema. “I met so many people there who are amazing friends and colleagues to this very day,” he says. “It’s where I learned to pick up a camera and really do professional movies, as well as sound and picture editing. What I also loved about the program was they had guest speakers who worked in the business.”

One such speaker was then-camera assistant Glen MacPherson, “who talked to my class about the reality of working in the film business,” Campanelli says. “We became friends and I ended up being his camera trainee on Meatballs III: Summer Job,” which was filmed in Hudson, Quebec, in 1986.

Since that first gig, Campanelli has worked with a Hollywood Who’s Who and directed Indian Horse, the critically hailed, award-winning feature film based on Richard Wagamese’s novel about Canada’s residential schools. The film debuted at the 2017 Toronto International Film Festival (TIFF).

“Everyone wants to premiere at TIFF, it’s the ultimate place to do it,” Campanelli says. “We were so blessed that they accepted our film, and we were so nervous. It was a big deal — only the second film I’d ever directed, and it was so close to Montreal that my family came down. It was magical.” 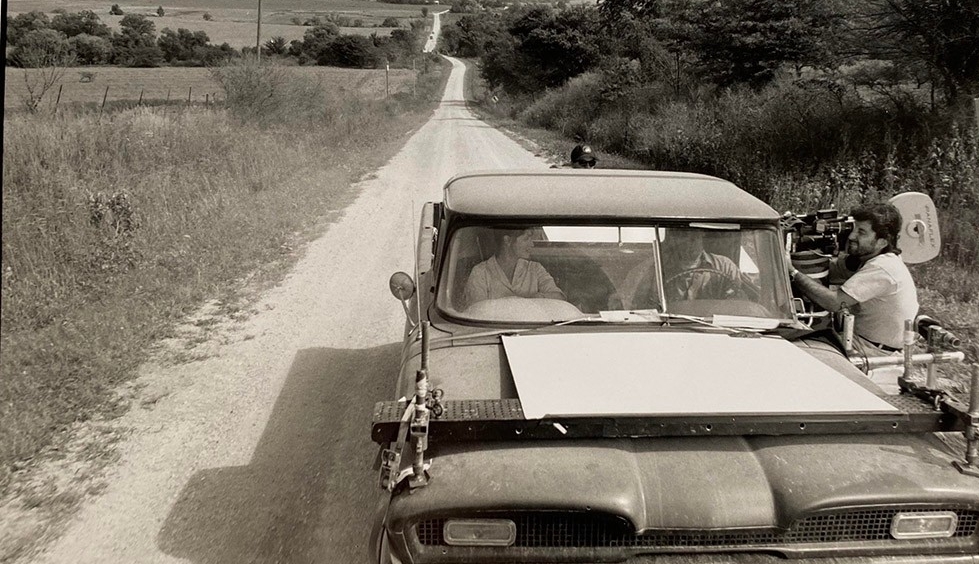 Campanelli on set of the Eastwood-directed film, The Bridges of Madison County. | Photo: Ken Regan

The Canadian film industry has evolved greatly since Campanelli first came on the scene.

“There have always been amazing Canadian films, but back in the day, many didn’t look that good or sound that great — they had quality control issues and a stigma attached to them. But today, Canadian films compete with any Hollywood blockbuster or European films,” observes Campanelli, who directed Eric McCormack (of Will & Grace fame) in his new 2021 film Drinkwater.

“Canadian films have definitely gotten much better in terms of storytelling and quality. A lot of that comes down to education by universities like Concordia, where they elevate your game and push your limits to do better.”