Warren Gang Tian is vice-president of sales and marketing for Greater China at JFrog, a software platform that helps bridge the development and deployment of critical business systems for clients worldwide, including Amazon, Facebook, Google and other Fortune 100 companies.

"I loved marketing management," he says in an interview from his home in Beijing. "I loved the content; it took me into a new world."

When Tian arrived in Montreal from China to complete his MBA at the John Molson School of Business, he came with a passion for marketing, a BA in electronic engineering and only rudimentary English.

After graduating in 2004, he went on to hold top management and sales positions at tech giants Cisco Systems, IBM and Samsung, as well as at BNP Paribas Group and Jingyou International Group in the banking and investment sectors.

Tian is currently vice-president of sales and marketing for Greater China at JFrog, where he manages a multicultural team. The Israeli company’s software platform helps bridge the development and deployment of critical business systems for thousands of clients worldwide, including Amazon, Facebook, Google and many other Fortune 100 companies.

“It all started at Concordia — the university gave me everything, even language.” 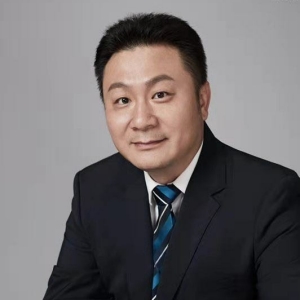 Tian serves as vice-chair, Beijing, for the Campaign for Concordia: Next-Gen. Now, the university’s most ambitious fundraising effort to date.

'I learned to fly'

Tian credits his alma mater for his best life experience — it’s where he learned to conquer uncertainty, handle negative environments, and how to win, he says. “I learned to fly."

Thanks to Concordia’s multicultural student body and its practical, hands-on education, Tian says he developed the skills to communicate effectively under pressure with people of various cultures and backgrounds, and to deliver results.

“I couldn’t have held senior roles at Cisco, IBM or BNP without it.”

As a student, Tian was hesitant about public speaking in English — like many Chinese studying in Canada — yet he remembers his teachers being supportive. He’s particularly grateful to Michèle Paulin, professor in the Department of Marketing, who told him good ideas carry more weight than perfect pronunciation, especially when one is passionate about a subject.

“Her class gave me confidence. She told me that ideas are more important than language, that I’m good at communication, and to focus on my smart ideas,” he says. “I still remember her warm words.”

Proud to give back to his alma mater, Tian serves as vice-chair, Beijing, for the Campaign for Concordia: Next-Gen. Now, the university’s most ambitious fundraising effort to date.

He looks for opportunities to share his knowledge and support others where he can. Three years ago, he co-founded an online networking group for middle-aged workers who have lost their jobs. Noting these workers often experience discrimination, Tian hopes to shift the focus to job ability rather than age. He is also writing a book on practical sales management based on his experiences, to “help the younger generation become more successful.”

Tian thinks of Montreal as “the city where my real life began." He fondly recalls “the beautiful campus and professors who took me into this new world,” and hopes to return to visit one day.