My father, myself — How my dad’s passing inspired a bursary for the next generation

‘Endowing an award in honour of my father and my stepmother is a nod of gratitude to the universe.’
|
By Sylvain-Jacques Desjardins
Source: Concordia University Magazine 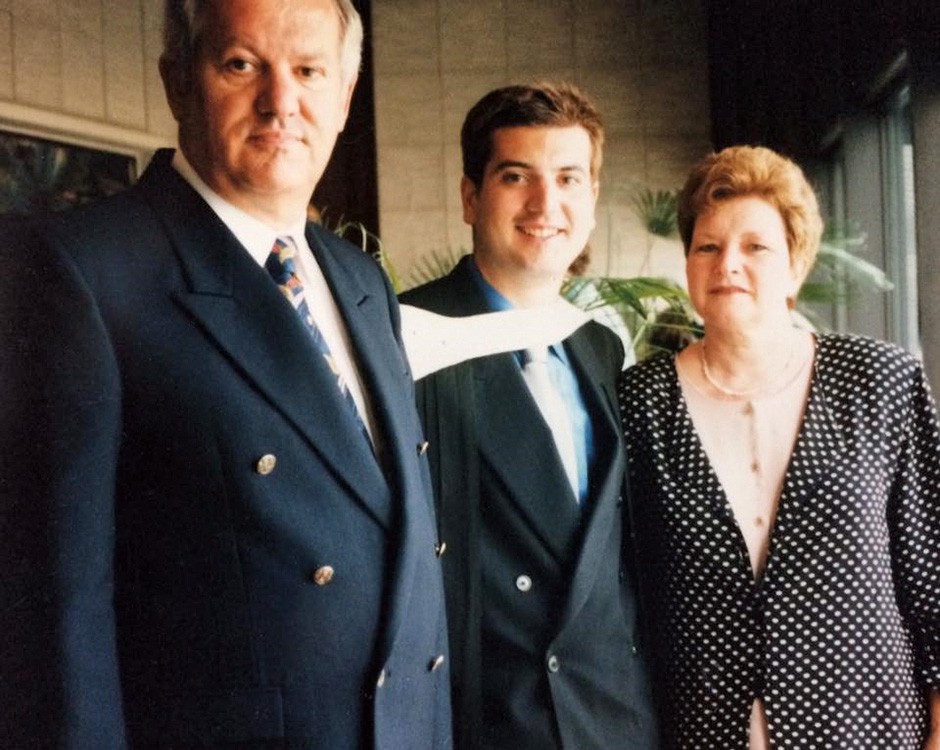 René Desjardins with Sylvain-Jacques and Monique Chabot at Spring Convocation in June 1997.

Losing my father and stepmother, 15 months apart, brought on astonishing measures of grief. And soul-searching.

My dad, René Desjardins, died of Alzheimer’s disease in October 2019. He was 79. His partner of three decades — Monique Chabot, a second mother to my four siblings and to myself — died of pancreatic cancer in July 2018. She was 70.

Knowing their end was imminent — Dad’s autonomy-thieving illness was diagnosed in 2012, while our stepmother’s cancer was found in 2017 — was somewhat a blessing in disguise. Advance knowledge allowed our family to prepare and to say goodbye.

During his lifetime, Dad was among the most generous people I knew. Later, as his power of attorney, I executed his wishes and his care. With his sharp mind receding in plain sight, I often questioned him. What were his final wishes? How did he want to be remembered?

Because two of his five children had earned university degrees, as well as his partner, Dad recognized the value of higher education. Dad and Monique, for example, attended my convocation as I received my degree from Concordia in journalism and English literature in 1997.

Many years later, I returned to my alma mater as director of communications in Advancement, so choosing the university to make my father’s final gift made sense. He provided $6,000 to establish the René Desjardins-Monique Chabot Bursary in support of undergrads who will advance scientific research. At his life’s celebration, held at the Loyola Chapel, I encouraged loved ones to give towards his bursary. I was touched that $3,500 was raised with 99 per cent of contributions made online at concordia.ca/desjardins-chabot.

With $9,500 earmarked for this deeply personal cause, I took a leap to endow it. I asked my leadership giving officer how much it would cost to support my parent’s award in perpetuity. Trizana Parillo confirmed that I could pledge over time and this flexibility allowed me to commit over six years.

To me, endowing the next generation with an award in honour of my father and my stepmother is a nod of gratitude to the universe. Our connection continues in a spiritual and pragmatic manner. To paraphrase playwright Ntozake Shange: “I found my parents within myself and I loved them, I loved them fiercely.”