A webinar by the PERFORM Centre

This talk will introduce a model of vascular cognitive impairment and dementia, point to the major cognitive, cerebrovascular and brain alterations, and present evidence that physical exercise is, if anything, more potent than pharmacotherapy in rescuing function. 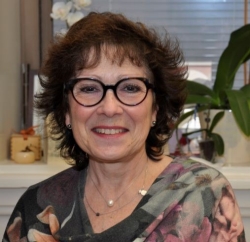 Edith Hamel is Director of the laboratory of Cerebrovascular Research at the Montreal Neurological Institute, and Professor at the Department of Neurology and Neurosurgery at McGill University.

She got a BSc in Biology/Physiology (Université de Sherbrooke), a PhD in Neurobiology (with Roger Butterworth and late André Barbeau, Université de Montréal at the IRCM), and she trained as a post-doctoral fellow in cerebrovascular biochemistry (with the late Eugene Roberts, City of Hope Research Institute, CA, USA), neuroanatomy (with Alain Beaudet, Montreal Neurological Institute), and cerebrovascular pharmacology (with the late Eric MacKenzie, LERS-Synthélabo [now Sanofi], France). She was Project Leader at LERS-Synthélabo for 2 years before joining the Montreal Neurological Institute in 1987.

She published over 160 peer-reviewed articles. She received multiple awards including an International Blaise Pascal Research Chair from the Ile-de-France regional government, and was elected Fellow of the Royal Society of Canada in 2017. She was President of the International Society of Cerebral Blood Flow and Metabolism (2013-2015).

Her research focuses on the interactions between neurons, astrocytes and microvessels to assure a proper blood supply to activated brain areas, a phenomenon commonly referred to “neurovascular coupling”. These interactions are at the basis of the signals used in brain imaging studies to map brain activity under physiological and pathological conditions. Her lab investigates how reliable neurovascular coupling mechanisms are in conditions that deviate from baseline physiology such as altered brain states, cerebrovascular or neurodegenerative diseases with a particular interest in Alzheimers’ disease (AD) and cognitive impairment and dementia (VCID). Her lab uses transgenic mouse models of AD and VCID, laser doppler flowmetry and imaging techniques to measure changes in hemodynamic responses at rest or during stimulation, electrical and optogenetic simulation of selected brain neurons, and pharmacological manipulations or physical exercise to attempt to restore function.